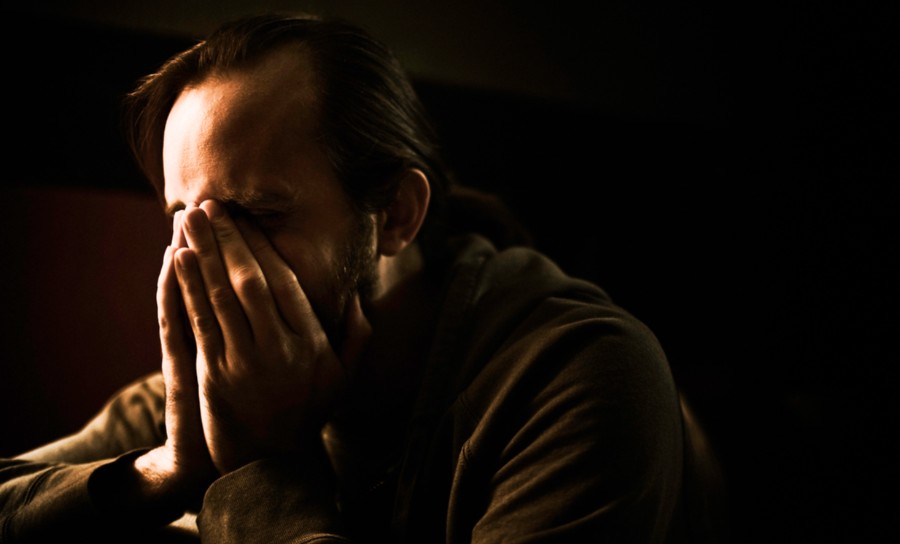 America is convulsing and in deep pain and turmoil. As I write at 2:13 a.m. on Thursday, Kenosha is burning, Hurricane Laura is approaching, we are shooting each other in the streets and there is no end in sight. We wear masks when we leave our homes, schools are opened and then closed, and we don’t even know if a vaccine is a Godsend or a trap. Confusion reigns supreme and I, along with millions of other Americans, am sick at heart.

There is also a deep conflict in my soul, one that arises when truth is scarce and righteousness is blurred. Where and how should we stand?

How Do We Show Solidarity While Rejecting False Narratives?

Right now, I want to show deep solidarity with my Black brothers and sisters as they grieve over the shooting of Jacob Blake, lying paralyzed in a hospital. Compassion moves me to do so. And who cannot appreciate the gracious, irenic, noble tone of his mother at a time like this? Let us grieve with those who grieve.

All this drives me to my knees, calling out to the only One who can help us.

At the same time, when I see Naomi Osaka, a Black Japanese tennis star writing about “the continued genocide of Black people at the hand of the police,” truth moves me to say, “Not so! There is no such ‘genocide’ taking place — unless you want to speak of the Black genocide taking place at Planned Parenthood clinics. Or the decimation of Black Americans in inner-city violence.”

How do we show solidarity with our Black friends without embracing the false narratives? How do we embrace both compassion and truth?

Is the Narrative of What Happened Accurate?

And then there are the emerging details of Blake’s shooting, including: 1) The police were contacted by Blake’s girlfriend, who “reported that her boyfriend [Blake] was present and was not supposed to be on the premises.” 2) It was only after Blake forcefully resisted arrest while ignoring police orders that he was shot. 3) In the investigation that followed, “Blake admitted that he had a knife in his possession” and “DCI agents recovered a knife from the driver’s side floorboard of [his] vehicle.”

This doesn’t mean Blake’s shooting was justified. It simply means that the original narrative (and video) that sparked the rioting painted an inaccurate picture of what happened. Had the whole truth been known, would the outrage have been as great? Would Kenosha businesses be burned to the ground? Would others have been shot and killed? Would the NBA be cancelling games — and perhaps destroying the remainder of their season? And are we even allowed to ask these questions without being accused of racism?

What is Godly Wisdom About Guns?

I’m also deeply conflicted right now about guns. On the one hand, with the extreme positions of the Democrat Party and the ongoing violence in the streets (right into private neighborhoods), I understand the importance of the Second Amendment. Colleagues of mine have even encouraged their fellow-Americans to get armed and trained — and they have done so passionately in the name of God.

At the same time, when I see heavily armed gunmen on both sides of the conflict in Kenosha (as well as other hotspot cities), something seems very wrong. Is this the Wild West all over again? How have things gotten so far out of control? Is this what the Second Amendment is about?

Kyle Rittenhouse and the Brokenness of Our World

And then there is 17-year-old Kyle Rittenhouse, now in custody for the killing of two men in Kenosha. With an apparent lifelong interest in law enforcement and guns, he traveled from his home in Antioch, Illinois, about 20 miles away, to help protect Kenosha businesses from looters, vandals and arsonists. He even explained on a video that he would run into harm’s way in order to save people’s lives.

Stating that he was a certified EMT, he said, “People are getting injured. Our job is to protect this business and part of my job is to also help people. If there’s somebody hurt, I’m running into harm’s way. That’s why I have my rifle because I can protect myself, obviously. I also have my medkit.”

He is close to the age of my two grandsons, one of whom is already a volunteer fireman. Yet now this young man is in custody for shooting two men dead after being chased down the street, struck with a skateboard, and kicked. As for the men he killed, did they have any clue this would be the last day of their lives?

Will the Chaos Continue to Grow?

What kind of madness is this, when a 17-year-old feels it is his “job” to show up with a rifle and medical kit to protect another community? When police in armed vehicles are turned back by heavily armed protesters? When anarchy and lawlessness reign? All of this is so deeply troubling.

The chaos is only underscored when we see a church building with “Black Lives Matter” on the marquee burning to the ground. What on earth is going on?

Adding further fuel to the fires of division in our nation, the November elections are a little over two months away, and it seems virtually certain that, whatever the outcome, there will be outrage and defiance. The divisions will only grow deeper.

I Cry Out to God to Heal Our Land

All this drives me to my knees, calling out to the only One who can help us. And with a broken, conflicted heart, I cry, “Heavenly Father, have mercy on America and heal our land!”

We have no other hope.