Let's have a high-level debate on this issue and settle it once and for all. 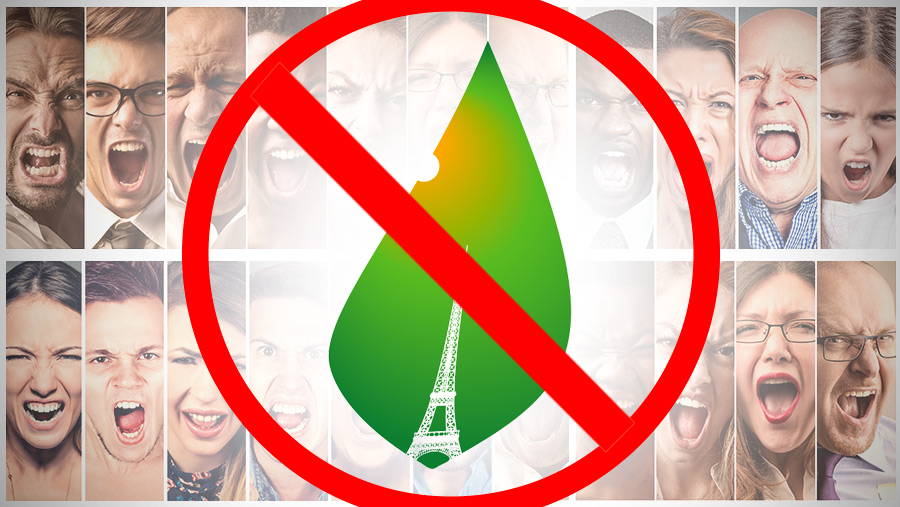 For sheer hilarity and hyperbole it’s hard to beat a recent headline on a Washington Post editorial opposing President Trump’s decision to remove the U.S. from the nonbinding and unenforceable Paris climate agreement.

“Trump turns his back on the world,” it screamed.

A close second goes to the headline on a New York Times piece by columnist David Brooks: “Donald Trump Poisons the World.”

Dishonorable mention goes to former presidential adviser David Gergen, who said on CNN that Trump had committed “one of the most shameful acts in U.S. history.”

The secular progressives have again revealed their diminished capacity, which ought to disqualify them from leading anything, especially the country.

The central argument supporting “climate change” has been that a “scientific consensus” exists on the subject. Two things about this. The first is that climate scientists who disagree on that consensus have been largely shutout of the debate. Their papers and ideas are blocked from mainstream scientific journals and, thus, are not subject to peer review. Politics appears to have overshadowed science.

The secular progressives have again revealed their diminished capacity, which ought to disqualify them from leading anything, especially the country.

Second, there have been numerous cases in the not too distant past where an empirical conclusion among scientists was touted as rock-solid truth, but which later, after further examination, proved to be dead wrong. As with climate change, politicians and editorialists told us we had to accept the conclusions, related costs and possibly even diminished lifestyles in order to save the planet. After all, these were scientists and were thought by many to be as close to God as secularists get.

Newsweek magazine featured a cover story in 1975 about “global cooling.” That was supposed to be a scientific consensus.

A June 2010 article in Reason magazine lists some of the other Chicken Little claims about doomsday being just around the corner. The magazine’s science writer, Ronald Bailey, found a July 1, 1979 issue of The Washington Post claiming a “broad scientific consensus” that saccharin causes cancer. It took 30 years before the National Cancer Institute reported, “There is no clear evidence that saccharin causes cancer in humans.”

President Trump should counter his critics by convening a White House conference on climate.

Prior to 1985, there was “scientific consensus” that acid rain caused by electricity generating plants fueled by coal and emitting sulfur dioxide was destroying vast acres of forests and lakes in the eastern U.S. In 1991, notes Bailey, “after 10 years and $500 million, the National Acid Precipitation Assessment Program study … concluded, “That acid rain was not damaging forests, did not hurt crops, and caused no measurable health problems.”

There is much more in the article that is worth reading. It should humble the scientists, politicians and editorialists who want us to embrace another “scientific consensus” on “climate change.”

President Trump should counter his critics by convening a White House conference on climate. In addition to the apostles of climate change, he should invite scientists — and only those specializing in climate science — that have been marginalized from the debate. These would include MIT climate scientist Dr. Richard Lindzen, who claims believing that CO2 controls the climate “is pretty close to believing in magic.”

None of those participating in the proposed conference should be academics or scientists who receive federal grants or have other connections to government. This might give them a conflict of interest and reduce their credibility.

Let’s have a high-level debate on this issue and settle it once and for all.