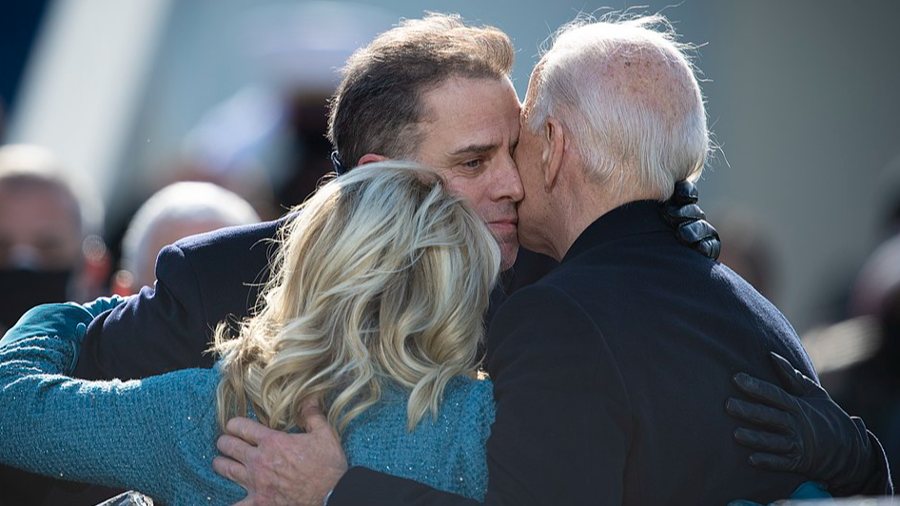 Does anyone remember the first Trump impeachment, the one over his phone call to the President of Ukraine? That was the one where we found out that Democrats think that a Republican President asking a foreign leader if he’s investigating corruption involving a former Democrat Vice President’s son is an impeachable offense, but that former Vice President being involved in said corruption isn’t in any way a disqualification for being President.

Well, a stunning new piece of evidence has surfaced, five years late. John Solomon at JustTheNews.com has obtained an email written on November 22, 2016, by George Kent, a former U.S. Embassy official in Ukraine. Classified “Confidential,” it’s been kept from public view until now.

The email to Kent’s superiors in the State Department said that someone in Washington “needed to engage VP Biden quietly and say that his son Hunter’s presence on the Burisma board undercut the anti-corruption message the VP and we were advancing in Ukraine.” Solomon writes:

Kent’s email described an intense pressure campaign by advocates for Burisma — including a former U.S. ambassador — to rehabilitate the Ukrainian company’s corrupt reputation and to get Ukraine prosecutors to drop their criminal investigations of the company.

Kent even relayed to higher-ups that he had confirmed with Ukrainian prosecutors that Burisma officials had paid a $7 million ‘bribe’ to make one of the cases against the company disappear. The bribe was allegedly paid at a time when Hunter Biden was serving on the Burisma board, a job that landed his firm more than $3 million from the Ukrainian energy company.

In short, Kent was aware of the shadiness of Hunter Biden’s dealings in Ukraine and how they were undermining efforts to fight corruption, the exact thing Trump was legitimately inquiring about. Yet somehow, even though Kent was one of the Democrats’ star impeachment witnesses, this email and the things he said in it never came up. How curious!

Congressional Republicans and some legal experts were outraged at this revelation. Trump was hit with a ridiculous impeachment charge and wasn’t allowed to have counsel at the depositions, and now we find that there was exculpatory evidence that was hidden from the President and the public.

All I can say is that I hope, and expect, that Joe Biden’s impeachment trial will be much fairer than this.