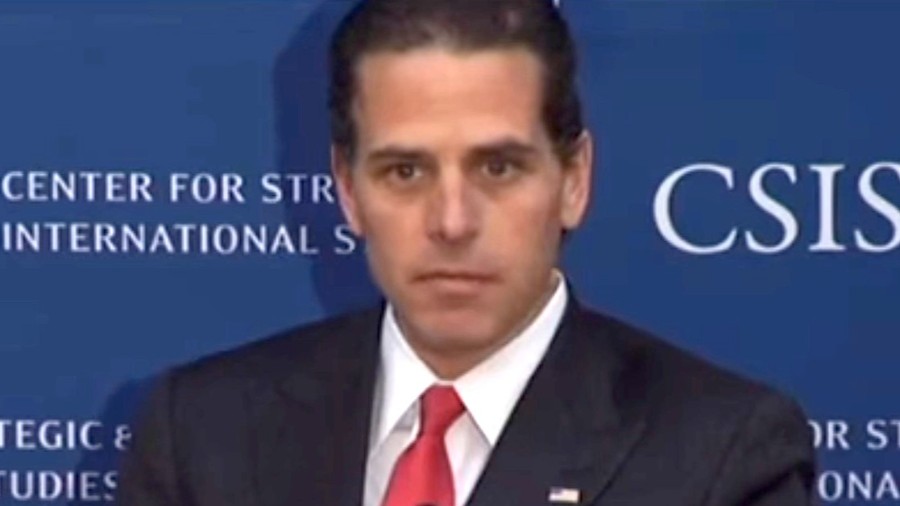 In 2016, Donald Trump, Jr., had a 15 minute conversation with a Russian lawyer about adoption policy. For that, he was subjected to three years of a federal investigation, countless hours of interrogation, and nonstop media condemnation as a Russian colluder.

Keep that in mind, when reading the latest revelations about Hunter Biden.

Hunter’s Assistant Hand-Picked by “The Spy Chief of China”

Emails and photos found on Hunter Biden’s laptop show he had a close relationship with an attractive young assistant provided him by a business partner Hunter dubbed the “spy chief of China.”

The Daily Mail broke the story. 29-year-old Chinese American JiaQi Bao was brought in to work as Biden’s secretary in 2017 by Patrick Ho. Ho was the secretary general of Chinese oil giant CEFC. Ho and the Biden Family were teaming on a massive business deal potentially worth billions. In a recording found on Biden’s laptop, Biden describes Ho as the “spy chief of China.”

Indeed, US intel considered him a foreign intelligence threat and had him under surveillance. He was convicted of bribery in 2018. And the CEFC-Biden business venture fell apart.

As the emails show, Bao started off doing the things one expects of a diligent assistant: Scheduling flights, hotels, doctor’s appointments. Routine matters.

But over time, especially after Ho ran afoul of U.S. prosecutors, her communications grew more personal and more suspicious. According to the Daily Mail, Bao:

Wrote the president’s son flirty messages, sent him opposition research for Joe’s White House run and encouraged him to draw funds from the company’s accounts when the joint venture collapsed and even ended up with Hunter’s military dog tags.

(Although the Daily Mail reports there are no explicit images of Bao on the laptop, there were personal shots. And she describes herself as his “coconspirator-in-mischief.”)

Let’s summarize Hunter’s situation: You know you have a thing for young Asian women. A Communist China bigwig you call “the spy chief of China” says, “Hey, son-of-powerful-American-politician, here’s a pretty young Chinese-American girl who’d make a swell secretary for you while we’re swinging this multi-billion dollar deal.” And you are not suspicious?!

Even Eric Swalwell would spot that potential Honey Trap.

No Proof She Knew, But …

The Daily Mail says it is “unclear” whether Bao knew of Ho’s connection to Chinese intelligence. And she’s not talking.

The Ho-Biden connection was under intense scrutiny by the Senate homeland security and finance committees. A joint report concluded that the millions of dollars transferred from CEFC to the Biden Family “raise criminal financial, counterintelligence and extortion concerns.”

It wasn’t just the Senate. As RealClearEnergy recalled this past January, so did US regulators:

Interestingly, as the deal with CEFC was beginning to crumble, Bao advised Biden to take the Hudson West money for himself. 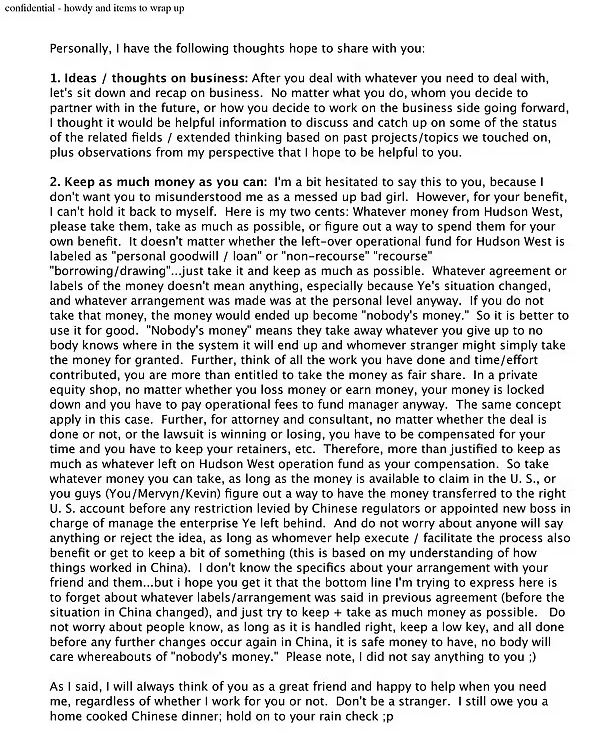 Are you catching this? The woman installed as Hunter Biden’s assistant by a Communist Chinese “spy” about to be convicted for bribery is strongly urging Biden to pocket $5 million in Chinese cash.

The son of the former VP and future president.

Where’s Joe Biden in all this, by the way? As Biden business partner Tony Bobulinski recounted and testified to the FBI, Biden knew all about his son and brothers’ Chinese dealings and was “The Big Guy” scheduled to get a 10% cut.

Says Chang, “I don’t know why the Chinese leader has some spell over Biden.”

Bao just gave you five million reasons. It’d be nice if the DOJ and media gave one-five millionth the interest about Bao’s relationship with Hunter as they did Don Jr’s fleeting contact with one Russian lawyer.

But I’m not betting on it. Google “JiaQi Bao.” Despite being the focus of a blockbuster story by one of the world’s major newspapers in a scandal involving business associates of the President of the United States, not a peep about the story in the top Google findings.

Bao is being buried.