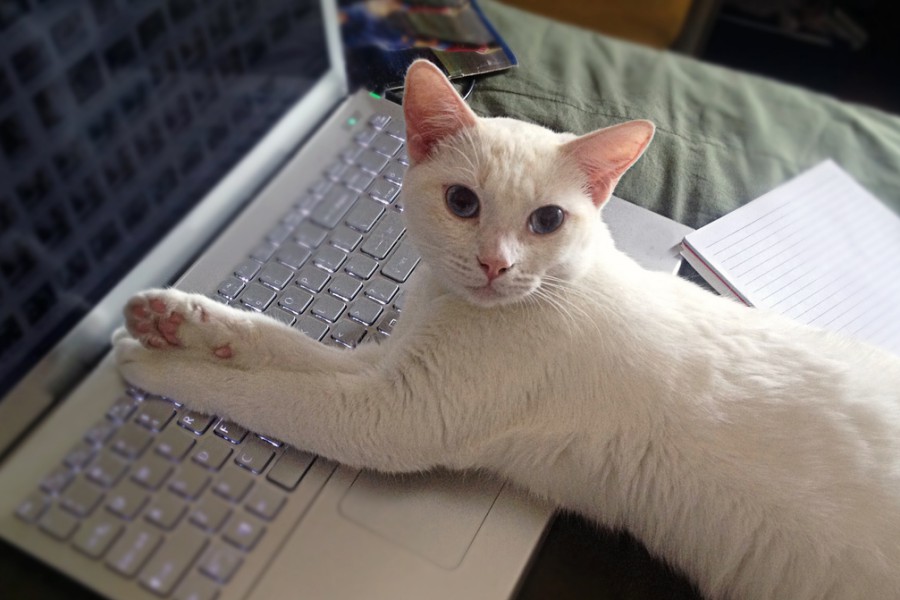 Many of you have suddenly found yourselves working from home. It can be harder to do than it sounds. Here five of The Stream’s editors share their advice for working at home.

I worked from home many of my years in California. Dressing up for work meant swim trunks and a clean t-shirt. Somebody had to have died for me to wear a dress shirt. And of course California law prohibits the wearing of ties. A razor? Let’s just say Gillette didn’t cash in on me.

That’s probably the one bit of advice I’d give to those suddenly finding themselves working from home. It’s very easy to become a grubby mess. So don’t. Maybe you don’t have to put on a suit, but don’t stay in your jammies. Keep to your shower routine. Your spouse will appreciate it. So will your pets.

Compartmentalize the day. Otherwise, your work day feels like it starts when you get up — and goes on till  you go to bed. Get away from your desk. Take planned breaks. Take lunch. And if you can, take the computer outside.  It’s easy to start feeling claustrophobic if you stick to your desk.

I still work one day a week from home, and I still have to deal with very loud interruptions. I’m not talking about our two dogs. I’m talking about the refrigerator and the pantry calling me. They do not shut up. And they can be heard over headphones. If you are like me, stock up with healthy snacks, veggies and fruit. And make sure you’re having a snack because you are hungry, not because it breaks up the work day. Otherwise, instead of “flattening the curve,” we’ll be “fattening the curves.”

You will develop new routines. It’s inevitable. Please make sure these routines are healthy ones. A routine of grabbing a couple chocolate-covered macadamia nuts is not healthy. (Note to self.)  A routine of kissing your spouse? That’s healthy.

Finally, remember you are now your office manager. You may not feel qualified, but you’re stuck with the gig. Make that office manager proud.

Rachel Alexander: Learn to Fix Things, and Remember Your Cat’s a Psychopath

I’ve worked from home for over five years now. It’s been wonderful, but there are a few things you don’t find out until you’ve tried it. A huge discovery for me: If any of your equipment has problems — your computer, your computer power cord, your monitor, your mouse, your internet connection, your electric power, smartphone, air conditioning, etc. — you have to fix it. You have no IT or facilities department to fix the problem.

A lot of times things you think might be fixed remotely can’t be. When my copy of Word expired, I contacted our IT department. They installed it, we have the web, easy fix. They said without physically having my laptop (they’re two big states away), they could not fix it. So I learned to use Open Office instead.

They say working with pets around has a good effect on you. What if you have a pet that won’t stop jumping on your lap while you work? My cat Buckley never leaves me alone. It’s like a circle. He jumps up on the couch next to me, walks onto my lap, stepping on the keyboard and messing up my screen. I push him over to the other side, he jumps down, and the cycle repeats itself. All day long. It could drive some people crazy.

It’s wonderful not having to get dressed professionally and commute in traffic to and from work every day. But it’s not all roses.

John Zmirak: The Real Key (It’s Not One You Expect)

The real key to working at home, and I hope you’re taking notes, is beagle management. Let’s say the phone wakes you up, and it’s a national radio show. You’re 30 second away from talking to Eric Metaxas about crucial issues of church and state.

Quick, splash some water on your face, and open the bag of bully sticks. Give the bigger one to Finnegan. Because if he finishes first, his face will screw up in a dudgeon, as he looks at Rayne still eating. Then he’ll emit a series of short, sharp, indignant barks, like an angry union organizer out on a picket line. That won’t stop until Rayne has finished, and meanwhile America is listening to their argument. Instead of your take on the latest debate among the Democrats. While the latter’s less wholesome or rational than the dispute between the beagles, it’s what you signed on to talk about with Eric.

If you’re doing a video skype, be sure to prepare in advance. Don’t get caught, as I was by The Steve Deace Show, unprepared because you forgot which time zone they’re calling from. Otherwise you’ll look as disheveled and rattled as I did, which was only saved when Rayne jumped into my arms and sat there through the show, looking adorable.

You don’t want to have to rely on some poor helpless dog to salvage your dignity.

David Mills: You Have to Pay For Your Fun

My friend complained bitterly about the snow. “I love snowy days!” I said, brightly. He looked at me coldly. “You don’t have to drive to work in it,” he said, in a voice as cold as his look. Which was fair. I’m blessed to work at home — but (as Peter Parker’s uncle might have said) with blessings come responsibilities. We’re primarily responsible to those we work with and for, but also to the people our work serves. Here are two ideas for working responsibly.

First, as everyone says, because it’s true: develop a routine and keep to it. Work when you’re working and don’t work when you’re not. Be there for your colleagues during the workday and for your family and yourself before and after. Start at the same time every day and police your breaks so you don’t let them stretch out. Set goals with incentives. I have to finish one project before I get my shower.

Don’t go back to work when you’re done. Of course you’ll think of things later. Keep a pad of paper by your workplace and write down notes for yourself to deal with the next day.

Second, treat your work as a work you’re doing for God. (Sorry if this sounds preachy.) Even when it’s mind-numbingly boring, you’re creating something with your colleagues and together you’re helping people. That’s not nothing. Try to focus this reality in prayer. I like to start the day praying the Lord’s Prayer and some other prayers. Then I pray at random times during the day, and at the end when I’m done. When I remember, I pray for each person I’m dealing with. Each time’s like cleaning dirty glasses. You see better.

Working at home? I’ve been doing it for years. The big challenges are the same as ever, mostly setting the right boundaries. I have to keep boundaries with respect to my family. I’m responsible to work when I’m working, after all. Not only that, but when I’m writing, what they see as a two-minute interruption often turns out to be a fifteen-minute disruption in my train of thought.

So I keep my door closed. But I don’t want to be totally inaccessible all day long. So I just hang a doorknob sign to signal when I absolutely shouldn’t be disturbed. They respect the “Do not disturb” part, but they know better than to believe the rest: “Genius at Work.”

I have to manage boundaries with my time, too. Part of that may be unique to a writer’s job, actually: It’s hard to say when I’m working and when I’m not. Almost anything I do could be research, even watching an ordinary television show, and I use the same computer for both work and personal use.

But here’s where these two come together: Making sure that when I’m with my wife, I’m really with her. Really present, not half-working half-connecting with her. The same went for our kids, when we had kids in the home. If I do that, we’re all good with it.

The Day the Earth Stood Still