How to Avoid or Escape a Victim Mentality 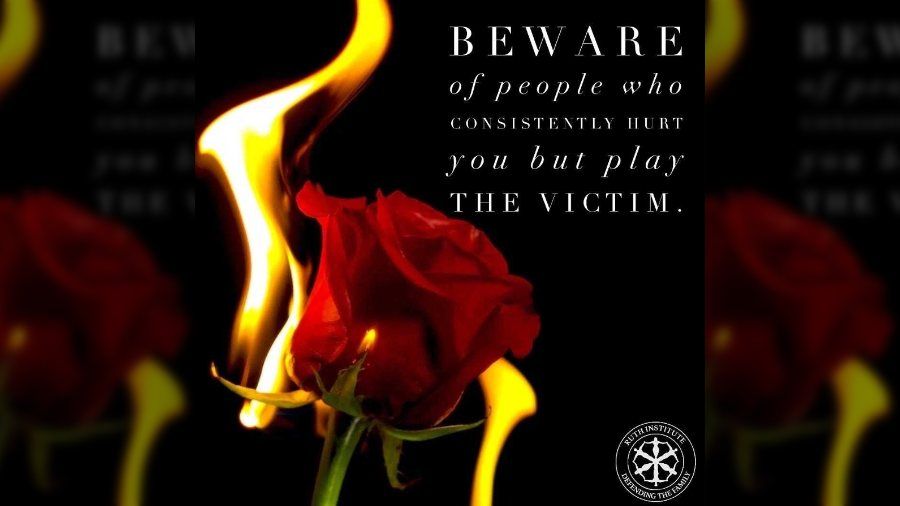 This week on “Ask a Survivor,” Faith Hakesley answers a question about how to shake the victim mentality even years after abuse.

There are different reasons behind what is known as a victim mentality but having a victim mentality usually starts as a coping mechanism. It can be exacerbated by a lack of help and support. A victim mentality can also be used by toxic, abusive, and narcissistic individuals as a way to excuse their behavior. I’ll talk a little bit about that later in this post.

Living with a victim mentality is difficult to overcome. You have to first recognize that you have it before you can start addressing it. The good news is, it’s possible to go from being a victim to a victor!

But first, what exactly is a victim mentality? Keep reading.

Parents Stand Up to Clergy Abusers and Enabling Bishops

The latest Dr. J Show guests are Paul and Kris Ciaccia, hosts of The Angry Catholic podcast. Twice, in two dioceses, their children were put in harm’s way with priests who were child abusers. In both cases, the bishops knew of the priest’s past predatory behavior.

“We no longer trust that our bishops will protect their flock,” Kris says. “So, we started a podcast.” Each week, the Ciaccias feature informed, thought-provoking guests who share their insights about the clergy abuse crisis facing the Catholic Church. “We cannot stand by and let our bishops wait out the storm,” Kris says. “We need to demand that they right the ship.”

About why they started The Angry Catholic, Kris shares:

“What we’re doing now,” says Paul, “is justice for survivors. The people in charge, now that we know have covered this up, need to atone for what they’ve done … . We need to strongly encourage our leaders, our shepherds, to do the right thing.”

The Ciaccias frequently have abuse survivors on the show to encourage others to get involved. “Everybody needs to get involved in some way,” Paul says, “even if it’s withhold money and write a letter instead.”

“Another goal of our podcast is to offer a place where you can have real dialogue and not feel muzzled,” Kris says. “The silence is what gives power to continue the corruption, victimization, and abuse.”

“The more we normalize talking about it, the easier it’s going to be for people to come forward,” Morse notes. “House keepers and church secretaries are coming forward now because it’s easier when you’re not the first one and when you know you’re not the only one.”

Don’t be afraid to speak up. Watch the full interview.

Parents: Allow Your Children to Transition or be Punished

A Virginia legislator wants to punish parents who refuse to support their child’s ‘gender transitioning.’ “This is a classic case of Sexual Revolutionaries using force to achieve their goals,” said Dr. Jennifer Roback Morse, Ph.D., president of the Ruth Institute.

Democratic delegate Elizabeth Guzman wants to expand the definition of child abuse and neglect to include parents who won’t “affirm their child’s gender identity.” The minor could be taken away from parents considered guilty of this offense.

Morse inquired: “If the parents of a six-year-old boy who calls himself Rhonda won’t dress him in a tutu, would that constitute abuse? If you refer to your daughter who insists she’s a boy as ‘she’ or ‘her,’ is that a violation of the law? What if you won’t start your child who wants to ‘transition’ on cross-sex hormones? Is that child abuse or neglect?”

“Elizabeth Guzman, meet the British National Health Service,” Morse said. “The NHS warns that gender dysphoria in teens could be a ‘transient phrase’ and notes that evidence reflects that ‘in most cases gender incongruence does not persist into adolescence.’”

The NHS is now discouraging puberty-blocking drugs and social gender affirmation in minors. “Perhaps Guzman should have the NHS investigated for child abuse,” Morse suggested.

“In America, examples abound of individuals who ‘transitioned’ and then regretted it,” Morse said. “One example is Chloe Cole, the 17-year-old who testified that having her breasts removed at 15 was a tragic mistake. ‘I was unknowingly physically cutting off my true self from my body, irreversibly and painfully.’”

“What does Guzman say to victims like her?” Morse asked.

“Guzman’s proposed law would abuse both parents and children. It would punish parents who refuse to go along with this dangerous fraud and facilitate the victimization of children.”

Check out the Ruth Institute’s Transgender Resource Center for further information on the dangers of the transgender ideology.

“According to the United Nations, the earth’s population will reach 8 billion around November 15. But, due to rapidly declining fertility, the world’s population may begin falling by 2050,” said Dr. Jennifer Roback Morse, Ph.D., president of the Ruth Institute.

“Once the fall begins, the downward slide will be swift, with potentially devastating results.”

“As the century progresses, the effects of what we call Demographic Winter will become increasingly apparent,” Morse said. “But the impact is already being felt. The U.S. Census Bureau predicts that by 2034, for the first time ever, there will be more Americans over 65 than under 18.”

“That means more elderly in need of services, and fewer workers to pay for them. It will result in declining tax revenue and increasing expenditures for pensions and health care.”

“It will also become harder to find essential workers. A senior citizen can work as counter help at McDonald’s, but few can do long-haul trucking or operate heavy equipment. Many jobs require the strength, agility and mental acuity that most of the elderly lack,” Morse observed. “That’s why, even today — as the pool of young workers shrinks — we’re seeing ‘help wanted’ signs everywhere.”

Where will these nations find the workers of the future — not just the police and medical personnel, but also farmers and factory workers?

“The birth dearth will be the crisis of the century,” Morse said. “And so few understand its causes and effects. For the mainstream media, it’s all about ‘over-population,’ the depletion of resources, and carbon footprints.”

Unlike neo-Malthusians, the Ruth Institute celebrates population growth. You can sign a birthday card to Baby 8 Billion here.