How the Coronavirus is Affecting Your Second Amendment Rights 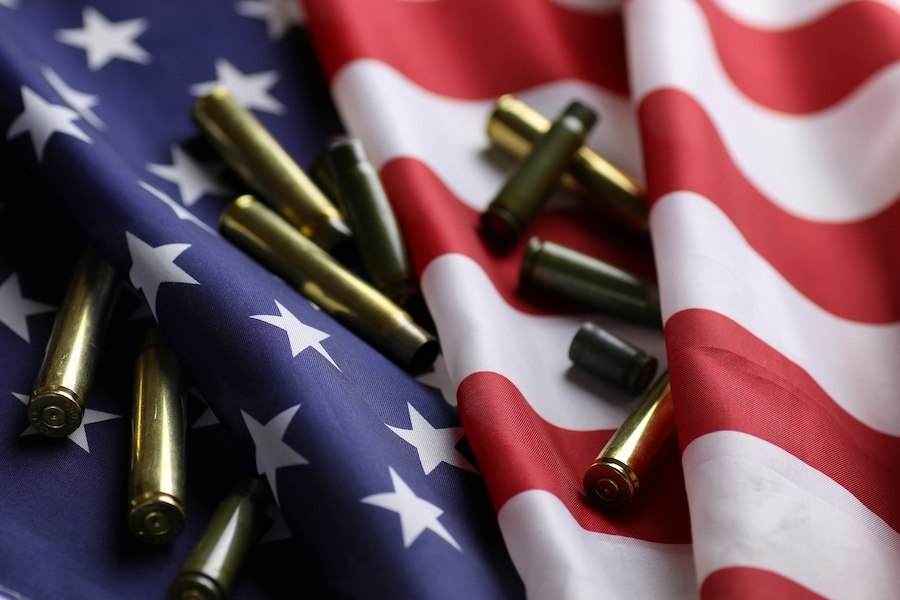 Remember the Democratic motto, “Never let a good crisis go to waste.” They always use it as an excuse to increase government spending. Do you know what else they use it to do?

Whenever American suffers a disaster, the government starts looking at banning guns. Maybe the state government or the federal government, but politicians will always decide that restricting gun rights is the answer. They do it in the pretense of keeping people safe.

He said he was doing this because of the steep increase in demand. His office was not going to be able to handle all the applications. State law requires sheriffs to tell applicants within 14 days whether or not their permit is granted.

Two GOP North Carolina state senators criticized the move. “People are already suspicious and on edge,” Warren Daniel and Danny Britt said in a joint statement. “It’s reckless to illegally suspend their Second Amendment rights just when they need assurance that they can trust government.”

Nearby Guilford County suspended the issuance and processing of concealed carry permits. It is still processing pistol permits. However, those will be mailed to applicants, instead of allowing them to pick them up in person.

Los Angeles County Sheriff Alex Villanueva declared on Tuesday that gun stores are nonessential businesses that must close. He coincidentally announced this after he’d released 1,700 “nonviolent” inmates from the jails. It caused an outcry as people became worried about protecting themselves.

He reversed this decision on Wednesday. Los Angeles County Counsel Mary Wickham “put out a legal opinion that she believes gun stores are essential businesses and should remain open.” Villaneuva defended his move. He claimed the state’s language defining nonessential businesses was unclear.

If you thought the lines at the grocery store are long… good morning from Los Angeles 🌴 pic.twitter.com/NudGqwW4I2

But things could still change. Villanueva also said, “We have identified a loophole that needs to be addressed.” Democratic California Governor Gavin Newsom said he would leave the interpretation of non-essential business up to county sheriffs.

In San Jose, located in Santa Clara County, the police visited a gun store that refused to close, Bullseye Bishop. The police forced it shut.

Similarly, the sheriff in Alameda County shut down a gun store that stayed open after the shelter-in-place order was issued. But a spokesperson for the office later told Mercury News that it was up to individual cities to enforce the county order.

Elective abortion is still permitted during the stay-at-home order.

The city of Denver ordered all nonessential businesses to close on Tuesday. This included gun stores. Bighorn Firearms owner Ryan Resch filed a lawsuit against the city over it that same day. A judge ruled against him. But he said he could re-file it on behalf of a gun consumer instead of a gun store owner.

In Pennsylvania, Democratic Governor Tom Wolf restricted gun stores to allowing people inside to complete a purchase and appointments only. People cannot go into a store to select a firearm. The Firearms Policy Coalition filed a lawsuit against the state over the restriction. But the state supreme court dismissed it.

New Jersey went even further than declaring gun stores nonessential. It shut down background checks, making it impossible to buy a gun even online.

It Could Get Worse, It Has In the Past

Besides the fact that the Second Amendment is in the Constitution, making it a very important right, how could gun stores be considered nonessential? The longer this crisis lasts, the higher the risk of looting and rioting. With all the closed businesses, there is a real fear thieves could break into them.

People remember all the looting that occurred after Hurricane Katrina. The police weren’t prepared to stop it. Instead, the police confiscated guns legally owned by residents.

This could still happen. If the situation continues to worsen, there are some local and state governments as well as police in blue areas of the country that might take more drastic action. It is troubling that these initial efforts to restrict gun ownership are getting scant media attention. It will allow the more drastic actions to happen easier.

The Lockdown’s Reichstag Firefighters Are Fascist … in the NEGATIVE Sense