How Middle-Earth Can Help Us Deal With the Middle Kingdom 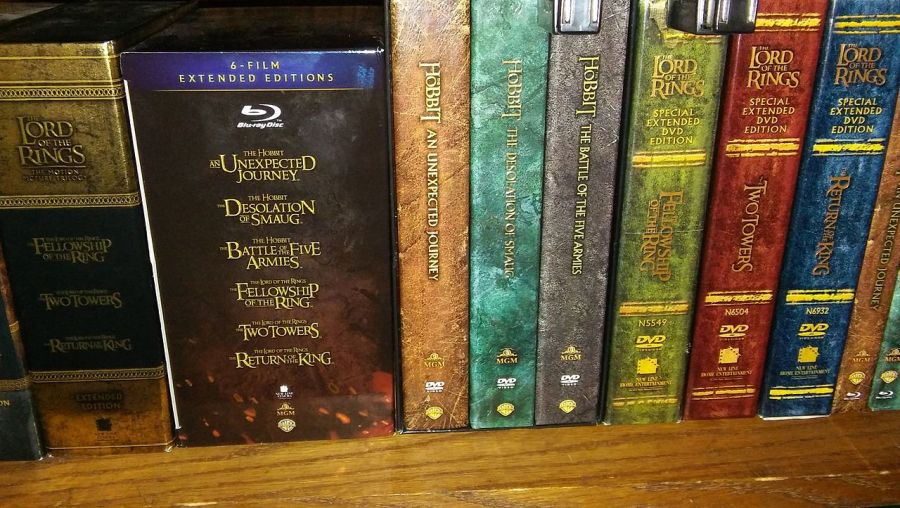 Geopolitical analysis has gone back to the future. The U.S. military held an online seminar May 12-14, 2020. The title? “Great Power Competition: A Special Operations Perspective.” The Atlantic opined on the same topic two years ago. (Mixed with liberal doses of Trump-bashing, of course.) The foreign affairs establishment is churning out related books. Google “Great Power competition.” You’ll get at least 631 million results. That’s even more than “should Trump wear a mask?”

What is Great Power Competition?

There’s just one problem with this approach, however. No one can quite define “Great Power competition.” Some NatSec mavens admit that. Others have at least proposed a framework for an eventual definition. I’ll go out on a rather short limb and hazard my own terse definition. “Great Power competition” is “jockeying for power on a military/political stage in a bipolar or multipolar system.” That is, when there are two or more roughly equal states vying for power.

Fictional Universes Where It Takes Place

And guess what? There are many fictional universes in which such powers scheme against, betray and fight one another. In the sci-fi realm, there’s “Star Trek” with its interstellar struggles between the Federation, Klingons, Romulans, Dominion, etc. Even more varied and cut-throat are the galactic-level intrigues and wars of the Dune books. In fantasy, Game of Thrones does much the same, albeit on one world. But of course the gold standard of fictional worlds is Middle-earth.

And in a recent article, two U.S. Marine Corps officers put Tolkien on their recommended reading list of “war books” which are worth study by those “preparing for great-power competition.” Why? “Because of the focus that he puts on alliances, coalition building, and strategy.” The Lord of the Rings “captures the scale that great-power competition could take….”

As someone who’s published a political history of Middle-earth, and is writing a military history thereof, I’m thrilled to find professional warriors in my camp. With Marine officers backing me up, I shall examine Tolkien’s world in terms of Great Power competition and see what we might learn from such. 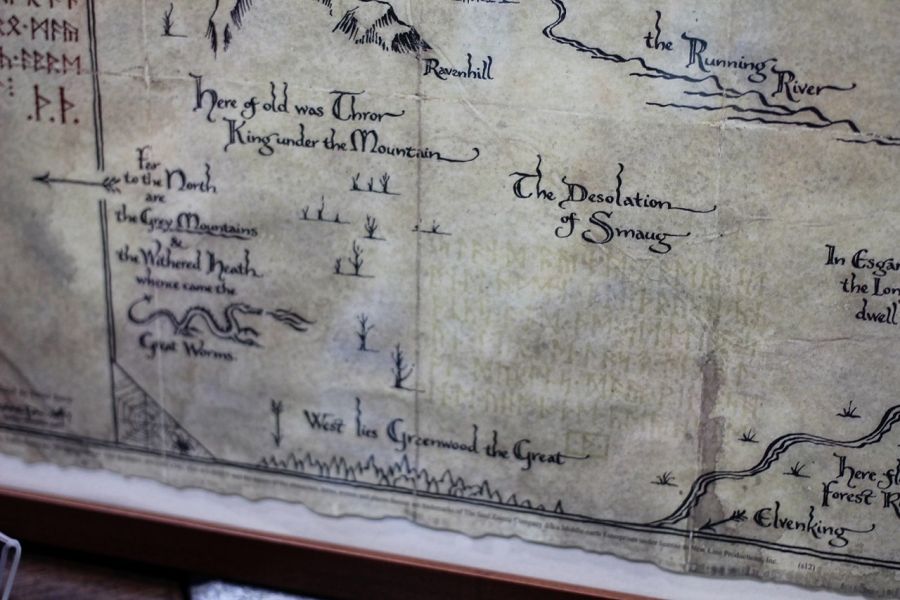 There were three Ages of Middle-earth. The First, being mostly one of myth, need not concern us. The Second and Third are far more relevant, as they involved grand strategy, political machinations and temporal warfare. Kingdoms of good and evil beings rose and fell over those two Ages’ six millennia. The human realms of Númenor, in the Second Age, and its offshoots Gondor and Arnor, in the Third, typified the former. Mordor under its god-king Sauron exemplified the latter. Mordor and Númenor, followed by its surviving successor state Gondor, took turns acting as the hegemon — the dominant power.

Middle-earth’s international relations system was thus often de facto bipolar and, for brief periods, even unipolar. For example, when Sauron conquered almost all of Middle-earth, then saw his empire destroyed, in turn, by the Númenóreans.

By the late Third Age — the time of the book trilogy and the Peter Jackson movies — Sauron had returned and was making yet another bid for supremacy. Middle-earth became in effect bipolar, as the Great Power conflict boiled down to Gondor and its allies facing off against Mordor and its clients.

Applying Middle-Earth to Our Modern World

My contention is that, today, the U.S. is in the position of Gondor, and China of Mordor.

Caveats: I am not thereby likening the Chinese to Orcs, or equating Xi Jinping with Sauron. So the leftist media can keep their racial fantasies to themselves. But I am saying that we’re the good guys and China is, at this juncture in history, run by bad guys. Its Communist regime mass incarcerates and “re-educates” Muslims, destroys churches and harvests peoples’ organs. The CCP also, at the very least, allowed the deadly coronavirus to spread outside its borders — if it didn’t intentionally try to inflict that contagion on the rest of the world. Indeed, the ultimate goal of the People’s Republic of China is to dominate the planet. So says an economist, conservative China expert and even a liberal newspaper editor.

The PRC allowed, if it didn’t technically cause, a deadly pandemic in the West. China rules its citizens with an iron fist. It just hasn’t figured out how to control their thoughts as Sauron did his Orcs. Yet. The Communist Chinese leadership arrogates to itself a mandate to run East Asia and, eventually, the entire world. China is pushing aside Westerners and forming alliances in the global South (particularly Africa). The PRC is also sending troops into the territory of a major American ally: India. For years the PRC has pilfered the West’s intellectual property with impunity. Modern China wants to replace the existing Western-created international system with its own version. And it’s built the world’s largest military, just in case.

How does this stack up to what Sauron planned? And how might the U.S. thwart it, as Gondor did Mordor?

Middle-earth’s communist tyrant used biological warfare. Or as Tolkien put it, “a deadly plague came with dark winds out of the East.” It killed “great numbers of the people of Gondor.” Sauron constantly provoked non-Western peoples against Gondor and its allies. Both in the south (the Haradrim) and the east (the Easterlings). He ran a huge surveillance state. He kept his subject Orcs and humans under tight control and posed as their “liberator” from the oppression of Elves and Men. Sauron put himself above the international system, not subject to any of its rules. Mordor was a predatory state, seizing tribute from others — such as horses from Rohan.

Eventually Sauron waged war on Gondor and its allies with Middle-earth’s largest army. Only by huge effort, great sacrifice and exquisite strategy was Sauron defeated.

How Gondor Answered — and What the U.S. Can Learn

Gondor led the West to victory in Middle-earth. How? First and foremost, by having a long-term plan. One that lasted for many years, across administrations of Gondor’s Kings and Stewards. Of course, we don’t have leaders who lives for centuries (Wizards and Elves). But we should expect bipartisan agreement going forward that an organ-harvesting, religion-oppressing regime demands occasional opposition.

We can also, as Gondor did vis-à-vis Sauron, question the legitimacy of rulers who run a one-party state, devoid of any political opposition. The U.S. could lead a “resistance coalition” against Chinese expansionism. Gondor manned a “watchful peace” for many centuries on Mordor’s borders. Our version would include pushing back against not just Chinese geographical claims (via artificial islands, for example). It would require defense of the global democratic and free market system grown over the last 500 years.

Just as Gondor worked with other races, so too should the U.S. seek diverse allies against Chinese supremacy. Sub-Saharan Africans are mostly Christian, and not fond of China’s treatment of co-religionists. Ditto for Muslim countries upset by China’s treatment of Uighurs. Skillful diplomacy can leverage opposition to China’s harsh policies. This was what Gandalf did over against Sauron throughout the trilogy.

War is the LAST Resort

Military conflict with the PRC should be a last resort. The peoples of Middle-earth did not seek war. But when it was thrust upon them, they did not run from it. The U.S. is more powerful vis-à-vis its main Great Power competitor than Gondor was relative to Mordor. (Although some analysts say that’s not the case in East Asia.) Nonetheless, war with China is “not to be used, unless at the uttermost end of need.” (As Denethor said of the Ring.)

Middle-Earth and the Middle Kingdom

Some think that Tolkien’s story of Sauron’s final defeat is primarily one of hope against long odds. And that is undeniably a main element. But Middle-earth is so grounded in reality that we can indeed draw prosaic geopolitical instruction from it. Particularly in terms of dealing with the obstinate Middle Kingdom.