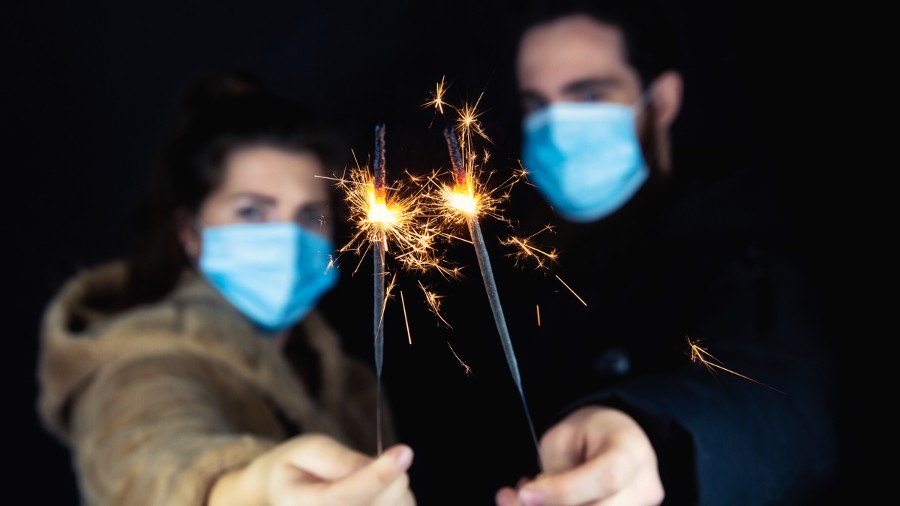 Sadly, a number of cities are again canceling New Year’s celebrations due to the rise in cases caused by the easily-transmissible Omicron variant. Naturally, Dr. Fauci is urging everyone to cancel their New Year’s parties and sit home alone on New Year’s Eve, as I assume he will be doing from now on.

Omicron appears to be much milder than previous variants, but it can be deadly for those particularly susceptible. So once again, instead of protecting those who are particularly susceptible, some government officials are going back into their dictatorial “lockdown everyone” modes. But there’s growing evidence that people have seen how useless and harmful that was and are in no mood to put up with it any longer.

Baffled by the CDC

Meanwhile, the CDC’s baffling refusal even to consider the effectiveness of natural immunity among the previously infected took another blow with the release of a new study published in the European Journal of Immunology. It was conducted by a group of highly-qualified researchers, including members of the Department of Health Security and Department of Public Health and Welfare in Helsinki, Finland.

As with all things in life, you need to consider the odds.

The official argument for those with natural immunity to get vaccinated has been that we don’t know if it lasts as long as vaccines (an argument that gets less convincing with each new demand for yet another booster shot.) But the new study found that whether someone had a mild or severe case, natural antibodies persisted in the vast majority of patients at least 13 months after infection, suggesting long-lasting protection.

The rate was lower among those with less robust immune systems, such as the elderly (you know, the people we should have protected in the first place, rather than locking down the rest of the world while moving COVID patients into nursing homes.)

That link also includes information about a recent study published in Nature Immunology that found that COVID is generally mild or asymptomatic in children ages 3-11. Researchers don’t know why, but most children had a much stronger T-cell natural immunity response than adults, and it lasted longer.

In Washington, D.C., which has recognized only one out of 839 requests for a religious exemption from the COVID vaccination mandate for city workers, unvaccinated firefighters and EMTs who are under threat of firing worked overtime over Christmas to cover for their 100+ vaccinated colleagues who’ve tested positive for COVID.

While the media continue their efforts to tar Florida as a COVID hotbed for Gov. DeSantis’ refusal to institute draconian measures that have repeatedly proven ineffective, they seem oddly uninterested in the news that on Dec. 26, there were 189,714 new cases of COVID reported nationwide, and 54,828 (nearly 30%) came from New York City, the realm of the Genghis Khan of vaccine mandates, Bill de Blasio.

A “Winter of Severe Illness and Death”?

And for those who believe, for some reason, that COVID automatically means a “winter of severe illness and death,” Oxford University just published a study of British disease statistics that likely apply in other populations. It calculated the odds of a vaccinated person dying from various causes (this was conducted before the Omicron variant appeared.)

Of course, this is not to say there is no risk of dying, and that you can’t also have severe illness with long-lasting negative effects. But as with all things in life, you need to consider the odds. There’s a risk that you might get hit by a bus, but that means you take reasonable precautions not to walk in front of a bus, not that you quit your job and hide out in your attic for the rest of your life.