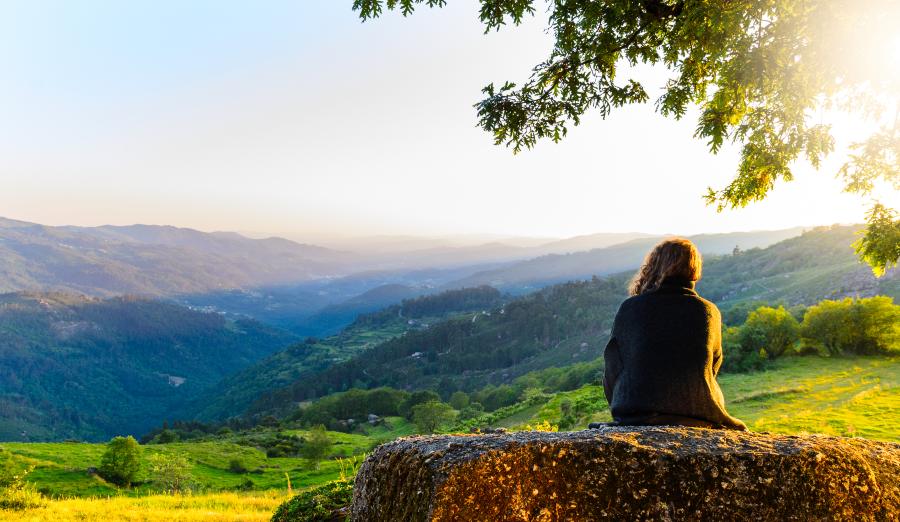 Years ago, I had to renew my passport and I needed it right away. I went to the Federal Building in Dallas where I could get it done in the same day, but I would have to wait for it there. Getting it done expeditiously was a big plus, but I was dreading the downside of hanging out all day in downtown Dallas.

I drove there, parked, and walked to the building. Sure enough, downtown Dallas met all of my expectations. Homeless people lining the streets, horns honking, drill bits pounding through concrete, and total chaos in general.

I submitted my paperwork to the woman at window #8 at 10:00 AM. She said the passport would be ready about 3:00. Five hours. I asked her if there were any good restaurants close by. She looked busy, and I was expecting her to snap back with, “McDonalds across the street.” Instead she gave me her undivided attention, looked me right in the eyes, and commenced to tell me — with enthusiasm — about a nice underground mall just a block away.

It was wonderful! Great restaurants — including one of the nicest cafeterias I’ve ever seen, coffee shops, bakeries, and great retail shops. The people were mostly professional people and friendly, and the atmosphere was very peaceful. That five hours I’d been dreading so badly turned into a most enjoyable experience. I had a coffee and pastry in Starbucks and then strolled around the mall, browsing in the shops. I had a terrific lunch in a cafeteria … to piano music! I hardly wanted to leave! I spent my last hour there with a cup of tea at Paradise Bakery. And then — where did the time go? — it was 3:00. Too soon.

The well-known Psalm 91:1 says, “He who dwells in the secret place of the Most High shall abide under the shadow of the Almighty.” No matter how chaotic the world gets, there’s always a secret place we can run to. That day in Dallas I found a secret place. It was there all the time, but I could have easily missed it, had it not been for that nice girl at window #8. I could have wandered all over downtown Dallas and never seen it. It was a secret place. Hidden.

“We fix our eyes not on what is seen, but on what is unseen” (2 Corinthians 4:18). Paul is referring to a realm much more “unseen” than an underground mall, but I think it’s a good analogy. Colossians 2:2-3 speaks of “the mystery of God, both of the Father and of Christ, in whom are hidden all the treasures of wisdom and knowledge.” Those treasures are hidden for us, not from us. In a sense, that underground mall was hidden for me.

My dad used to like to have an Easter egg hunt every year. (Yeah, I know … originated from pagans … got it. But it was important to Dad, for his grandkids and nieces and nephews.) One year I hid the prize egg by a fence post, and when my little girl got close to it, I couldn’t help myself with “Pssst. Look, over there! You see it?” It was hidden for her, not from her.

Things are pretty chaotic for us right now. Worse than Dallas. There’s war in Ukraine, an open U.S. border, rising inflation, rising crime, COVID, socialists trying to take over our country. We’ve got to find that secret place every day. If we’re listening, God will say, “Pssst. Look, over there! You see it?”

Each chaotic day, we have to get deliberate and sometimes creative to get into that secret place. It might be in the bathroom at work, where you can whisper a short prayer. It might be on the side of the road to worship Him for a few minutes. Or getting a Christian brother or sister to pray with you in the grocery store … right there by the avocados. On second thought, you’ll get more privacy by the eggplant. But wherever that secret place may be geographically, in the realm of the Spirit, God’s peace will be there.

A Secret Place in the Middle of the Atlantic

You may have heard the story of Horatio Spafford, who wrote the classic hymn, “It Is Well With My Soul.” It’s worth hearing again at a time like this. You might suppose he wrote it during a “mountain top” experience in his life. But he actually wrote it after gut-churning traumatic events.

In 1871, his 4 year-old son died. In the same year, he was ruined financially by the great Chicago Fire. Just two years later, he decided to return to Europe and sent his family ahead as he was delayed because of post-fire zoning problems in Chicago.  Their ship collided with another ship in mid-ocean, and sank rapidly. His wife survived and sent him a telegram: “Saved alone.” All four of their daughters had died. It was while Spafford was traveling to meet his grieving wife that he was inspired to write the words to that famous hymn — as his ship passed near where his daughters had died. Mr. Spafford found that secret place in the middle of the Atlantic, and in the midst of tragedy.

From 1940 to 1944, Corrie ten Boom and her family used their home in the Netherlands as a hiding place for Jews who were fleeing the Nazis. They’d built a secret hiding place in their home above their watch shop in the city of Haarlem. No larger than a closet, the room could only hold about six people at a time. They rigged a crude ventilation system to provide fresh air. They also installed a buzzer in the house to quickly alert everyone when the Nazis showed up. Some of the Jews stayed for an extended period. 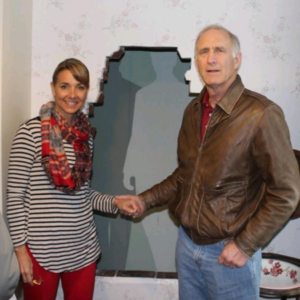 The ten Booms were eventually betrayed by a Dutch informant, and the Gestapo raided their home on February 28, 1944. Corrie, her sister Betsie, and their father, Casper, were arrested, but the Gestapo never found the Jews hiding in the secret room. All told, the ten Booms had saved the lives of some 800 Jews in their hiding place.

I think the ten Booms’ secret place is a good depiction of God’s “secret place” that He has prepared for each of us. When the “Gestapo” of this world finds its way to the door of our lives, we must run to His secret place. Things are stable there. Safety is there. God’s wisdom is there. The joy of the Lord is there. God’s peace is there.