Happy Labor Day: Work as a Reflection of the Creator 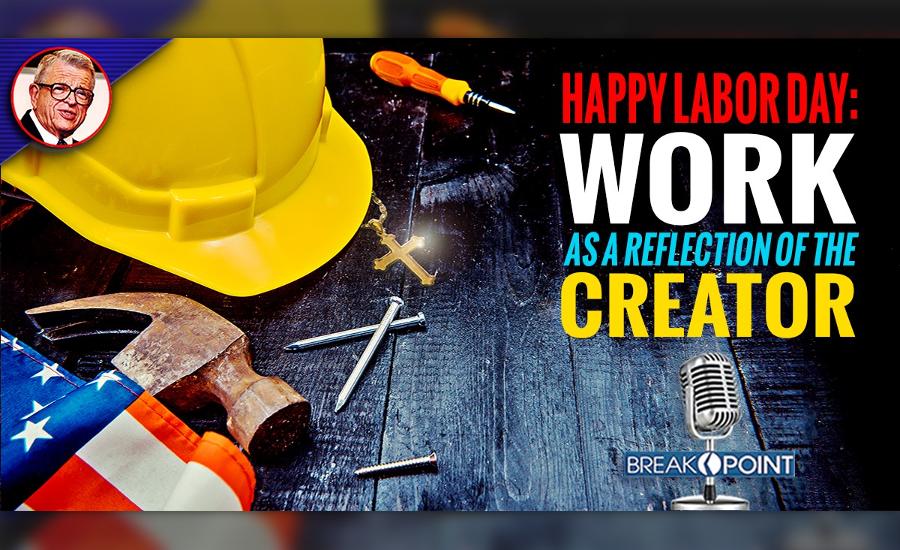 Happy Labor Day! As you enjoy your day off from work, let’s hear what Chuck Colson had to think about the dignity of work.

Eric Metaxas: Do we work to live, or live to work? I’d imagine that most of us would say we work to live: to pay the bills and support ourselves and our families. Many of us would admit that we work for the weekend — so we can do the things we really like to do, like take vacations, enjoy our hobbies and spend time with friends and family.

But I can almost hear Chuck Colson saying, “Hold on a minute, work is a gift from God.”

For Chuck Colson, work was as much a part of life as breathing. From the Marine Corps to his law practice, from Capitol Hill to the Nixon White House, and especially ministering in the prisons and teaching Christian worldview, Chuck was a tireless, passionate worker for God and the causes he believed in so deeply.

In fact, although he was a few decades older than most of us on his staff, there were times we simply couldn’t keep up. This was a man, after all, who would show up at the office after the weekend and say, “Thank God it’s Monday!” And long after many men his age had retired, Chuck vowed he would work til the day he died. And for all intents and purposes, that’s exactly what he did.

So this Labor Day, I thought it would be good to hear from Chuck on his view of work itself. Here he is now, from a BreakPoint commentary called “Working Class Heroes,” which aired back in 2002.

Chuck: I for one am happy to join the celebration of working-class heroes, especially today. Christians have a special reason to celebrate Labor Day, which honors the fundamental dignity of workers, for we worship a God Who labored to make the world, and Who created human beings in His image to be workers. When God made Adam and Eve, He gave them work to do: cultivating and caring for the earth.

In the ancient world, the Greeks and Romans looked upon manual work as a curse, something for lower classes and slaves. But Christianity changed all that. Christians viewed work as a high calling, a calling to be co-workers with God in unfolding the rich potential of His creation.

This high view of work can be traced throughout the history of the Church. In the Middle Ages, the guild movement grew out of the Church. It set standards for good workmanship and encouraged members to take satisfaction in the results of their labor. The guilds became the forerunner of the modern labor movement.

Later, during the Reformation, Martin Luther preached that all work should be done to the glory of God. Whether ministering the gospel or scrubbing floors, any honest work is pleasing to the Lord. And out of this conviction grew the Protestant work ethic.

Christians were also active on behalf of workers in the early days of the industrial revolution, when factories were “dark satanic mills,” to borrow a phrase from Sir William Blake. Work in factories and coal mines in those days was hard and dangerous. Children were practically slaves, sometimes even chained to the machines.

Then John Wesley came preaching and teaching the gospel throughout England. He came not to the upper classes, but to the laboring classes — to men whose faces were black with coal dust and women whose dresses were patched and faded.

John Wesley preached to them, and in the process, he pricked the conscience of the whole nation.

Two of Wesley’s disciples, William Wilberforce and Lord Shaftesbury, were inspired to work for legislation that would clean up abuses in the workplace. At their urging, the British parliament passed child-labor laws, safety laws, and minimum-wage laws.

Here in America we’ve lost the Christian connection with the labor movement. But in many countries that tradition still remains.

But this Labor Day, remember that all labor derives its true dignity as a reflection of the Creator. And that whatever we do, in word or deed, we should do all to the glory of God.

Eric: It’s always great to hear from Chuck. Now before I leave you today I want to ask you to please pray for the residents of Houston. And do what you can to support Christian organizations like Samaritan’s Purse that are providing aid and relief.