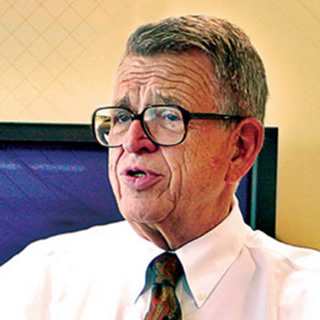 Chuck Colson < Back to Voices

Evangelical Christianity lost one of its most eloquent and influential voices on April 21, 2012 with the death of Charles W. “Chuck” Colson. Colson was the founder of Prison Fellowship and Colson Center for Christian Worldview.

A Watergate figure who emerged from the country’s worst political scandal, a vocal Christian leader and a champion for prison ministry, Colson spent the last years of his life in the dual role of leading Prison Fellowship, the world’s largest outreach to prisoners, ex-prisoners and their families, and the Colson Center, a research and training center focused on Christian worldview teaching.

Colson has been a central figure in the evangelical Christian community since he shocked the Washington establishment in 1973 by revealing his new Christian commitment in the midst of the Watergate inquiry. In later years Colson would say that because he was known primarily as Nixon’s “Hatchet Man,” the declaration that “‘I’ve been born again and given my life to Jesus Christ’ kept the political cartoonists of America clothed and fed for a solid month.” It also gave new visibility to the emerging movement of “born-again” Christians.

A Baby vs. the World

A Christmas message came to my mind a few years ago as I stood shivering in the autumn chill at the grave side of Father Jerzy Popieluszko. Jerzy was a young pastor who once delivered the dynamic messages that stirred…

Happy Labor Day: Work as a Reflection of the Creator