Great Republics, and How They Fall, a la Cicero 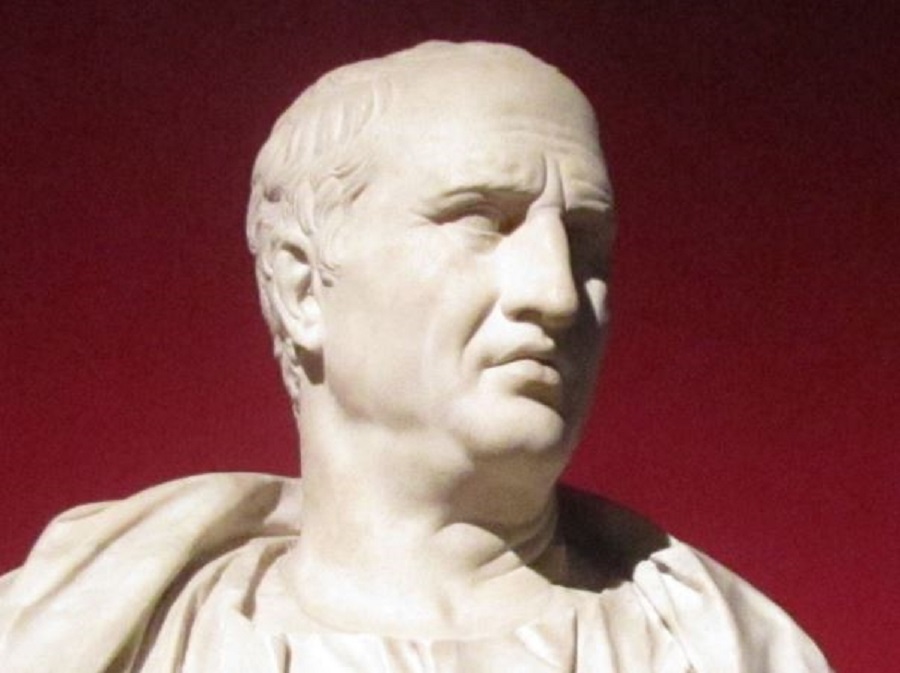 Has any Republic in history ever gone as insane as ours, and survived?  The answer is: no.

Whether it be the nonsense in the Kavanaugh hearings, the moves to erase gender, elevate race, or the coarsening of our private and public life, it is clear that the American Republic is gravely ill.

The Republic of Rome

The greatest Republic prior to the United States was the Republic of Rome. However, the Roman Republic was not the later Roman Empire.  The Republic fell into ruin and dictatorship several decades before the birth of Christ. One of the great witnesses to this destruction was the Roman Senator Cicero, who was widely read by the Founders.

Cicero was one of the first “conservatives” in history. He wrote extensively on the nature of government, the “good life” (virtue), the importance of the rule law, etc.

The great statesman lived when the Roman Republic was on the brink of chaos. Out of this chaos would emerge the Roman Empire (Star Wars didn’t come out of nowhere). While he opposed Julius Caesar, he was not involved in the plot to assassinate him. He would later be killed at the behest of the second Triumvirate, whose policies he opposed, as they further undermined Rome’s republican institutions.

Cicero would go down in history as one of the great champions of human freedom and virtue, as well as one of the earliest expositors of what would later become the Western tradition of rule of law. It is no wonder that Cicero was so widely read by the Founders.

Thus, the American Republic should heed his warnings to the degenerate Roman Republic very, very seriously.

The Foundations of a Republic, and Their Destruction

In Book 5 of his work, The Republic, Cicero describes the state of the Roman Republic at its end as follows:

“On ancient customs and old-fashioned men, the state of Rome stands firm.”

The compactness and truth of that line are such that the poet who uttered it must, I think, have been prompted by an oracle. For neither the men on their own (in a state which lacked such a moral tradition) nor the state on its own (without such men in charge) could have founded or long maintained so great and wide-ranging an empire.

Long before living memory, our ancestral way of life produced outstanding men, and those excellent men preserved the old way of life and the institutions of their forefathers.

Our generation, however, after inheriting our political organization like a magnificent picture now fading with age, not only neglected to restore its original colors, but did not even bother to ensure that it retained its basic form and, as it were, its faintest outlines.

What remains of those ancient customs on which he said the state of Rome stood firm? We see them so ruined by neglect that not only do they go unobserved, they are no longer known. And what shall I say of the men? It is the lack of such men that has led to the disappearance of those customs.

Of this great tragedy we are not only bound to give a description; we must somehow defend ourselves as if we were arraigned on a capital charge. For it is not by some accident — no, it is because of our own moral failings — that we are left with the name of the Republic, having long since lost its substance.

Earlier in this same work (Book 1), Cicero provided a description of how the Roman Republic had degenerated, and the characteristics of that degeneration. I’ve divided each of his points into separate bullets:

In other words, the destruction of the Roman family. The patriarchal structure of that family is not at issue here — only the fact that the family as conceived in the Republic was falling apart.

No further explanation is required, given the open advocacy of amnesty and borders in the Democratic party, and even by some Republicans.

Especially since the 1960’s, American society has been consumed with an insane idolatry of youth. The word of children is often taken over that of adults. Think of students vs. teachers, or children vs. parents, particularly with regard to gender, etc.  All “culture” has essentially become youth culture.

Again, is any explanation required? Clearly the politically correct attitude, and the desire for “safe spaces” is not a uniquely 21st century phenomenon, but one common to societies that are degenerating.

These words of Cicero were written just over 2,000 years ago—and he describes our situation today with stunning accuracy.  They are 2,000-year-old headlines.

We Should Be Wary

We should be wary before extolling ourselves too much.

“We make ourselves popular,” wrote John Adams in 1814, “by telling our fellow-citizens that we have made discoveries, conceived inventions, and made improvements. We may boast that we are the chosen people; we may even thank God that we are not like other men; but, after all, it will be but flattery, and the delusion, the self-deceit of the Pharisee.”

If we’re to preserve the American Republic, we must recover the historical and moral sobriety of its Founders.  There is zero historical precedent for any society remaining free while abandoning this sobriety.  None.

Therefore, we Americans should read the 2,000-year-old “headlines” of Cicero and others, rather than the endless stream of irrelevancies that fill our present.

Our very freedom depends on it.

I Am Not Dreaming of a White America