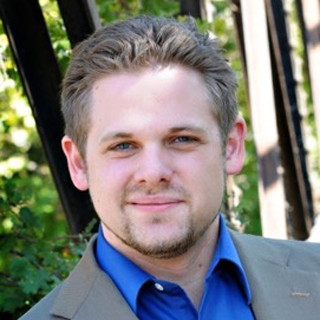 Joshua Charles < Back to Voices

An historian, writer, and speaker, Joshua Charles is one of the rising stars of the Millennial generation. He is the co-author of the #1 New York Times best-selling book The Original Argument: The Federalist’ Case for the Constitution, Adapted to the 21st Century, author of the recent bestseller Liberty’s Secrets: The Lost Wisdom of America’s Founders, and the co-author of God, Israel, and You: The Scandalous Story of a Faithful God. He served as Concept Developer and Senior Editor on the upcoming Global Impact Bible, which showcases the ways in which the Bible has impacted art, music, politics, education, language, and many other aspects of human culture. Joshua is a concert pianist, having studied Piano Performance for his undergraduate, and performed throughout the United States and Europe. He also has a Master of Arts in Government, and a law degree. Joshua is a public policy Fellow at William Jessup University, a Tikvah Fellow, a columnist, an Israel Experience Scholar, a delegate to the Alliance Defending Freedom’s Areté Academy, a member of the Council for National Policy, a two-time multi-million views lecturer at PragerU, and a scholar advisor for the American Bible Society’s Faith & Liberty Discovery Center, opening in Philadelphia in 2019. Joshua is currently a Writer and Researcher at the Museum of the Bible, which opened in Washington, D.C., in November, 2017. He speaks around the world about numerous topics related to Judeo-Christian civilization, history, conservative politics, the Israeli-Palestinian conflict, and the impact of the Bible on human civilization. He has spoken across the United States, and his work has been featured on Fox News, The Federalist, The Stream, The Times of Israel, The Blaze, The Washington Times, the Israel Ministry of Tourism Magazine, WND, and others.

“Thus says the Lord God, Behold, I am against the shepherds; and I will require my sheep at their hand.” (Ezekiel 34:10)   When I arrived at the White House to work as a writer in 2020, I immediately inquired…

Great Republics, and How They Fall, a la Cicero

Why the Death Penalty is Haunting Me Now

Graduates: Here’s How You Can Pay Off Those Student Loans and Live Debt Free!

The Real Issue Between Israel and the Palestinians

Trump Has Completely Changed the Pre-Fab Script on North Korea