A Great Awakening or a Rude Awakening: What Will It Be?

There is only one hope for America, and He is not running for office. 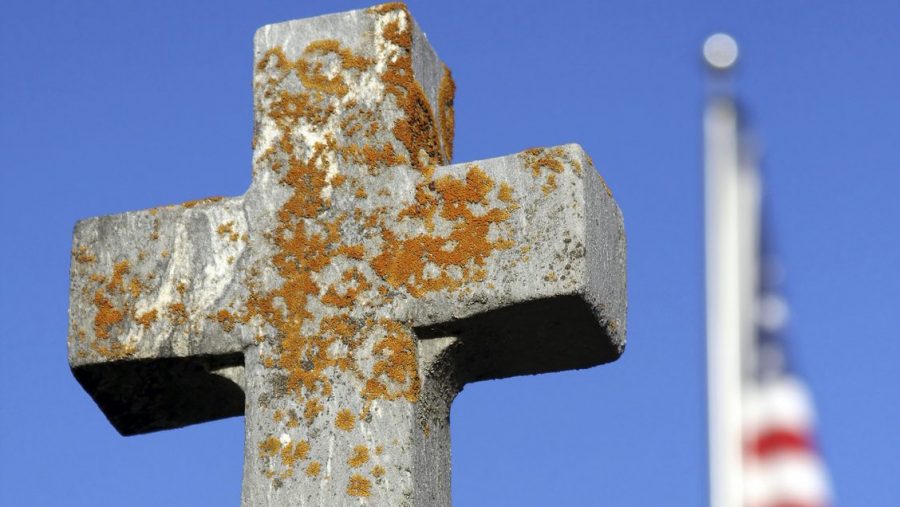 Isn’t it a shame that, at a time when America desperately needs to hear the prophetic voice of the church, what America hears instead is partisan politics in the name of Jesus?

Of course, there are exceptions to what I’m saying — fine, godly, exceptions — but they are the distinct minority, since, the truth be told, we are guilty of putting our trust in political leaders more than in the power of the gospel.

For Too Long, We’ve Depended on Political ‘Saviors’

Four years ago, in June, 2012, I wrote that the indifference of many conservative Christians towards Mitt Romney could be a positive if: “1) we don’t get caught up in the typical election year fever; 2) if we do vote for Romney, we do so remembering that he is not the answer; 3) we realize instead that the answer to America’s greatest problems is looking at us in the mirror if we align ourselves properly with God and with our neighbor.”

And I added, “Yes, Barack Hussein Obama has done great harm to our country, but he is not the primary cause of America’s current malaise, we are. And if we have messed things up, then by God’s grace, we can turn them around.”

Now, four years later, with even more stark choices than we had in 2012, will the church wake up and learn? Will we finally realize that we do not have a political savior? Will we finally realize that, as important as the office of the president is, the fate of the nation is dependent on the state of the church more than on the occupant of the White House?

Making the Church Our Priority

On the morning of Election Day, four years ago, I wrote (in the event that Romney was elected), “No more looking to the White House to transform America!”

How much more does this apply today?

“And,” I added on November 6, 2012, “what if Barack Obama is reelected? Then we would do well to avoid the trap of putting most of our energies into rebuking the president’s latest transgressions. Instead, we will have to focus our efforts like never before on fomenting a moral, cultural, and spiritual revolution. Come to think of it, that would be a sound course of action if Mitt Romney is our next president too …”

Unfortunately, many of us fell into the trap of spending much of the last four years bashing President Obama (who gave us many reasons to oppose his policies and words) and advocating for a conservative candidate to take his place, investing our energies and our passions and our finances in the heated political battle more than in the work of the gospel.

And while there is absolutely a place for our political involvement — I would even say that God has given us a stewardship to be involved politically here in America — our energies would have been much better spent in praying for revival, turning away from our own sin, reaching out to the lost, standing up for justice, and caring for the poor and needy.

Can we do all these things and get involved politically as well? Absolutely. But the question is one of priorities, of emphasis, of devotion, and it is all too easy for us to sell our souls to a political party or candidate, giving ourselves to their cause as if they were the hope of America.

Not so! There is only one hope for America, and He is not running for office.

All this being said, I actually see a silver lining in the 2016 presidential election.

What if Hillary? What if Trump?

If Hillary Clinton is elected, it could well be that our worst fears are realized and that she not only appoints disastrous judges to the courts but that she openly opposes our religious liberties, telling us that our pro-life, pro-marriage beliefs will have to change — or else.

If that’s the case, then I say bring the battle on. As distasteful as this prospect is and as painful as it could be for our kids and grandkids, it might just be the very thing that wakes up the still-sleeping church our nation.

Perhaps a Hillary victory will finally awaken us from our complacency and lethargy.

And if Donald Trump is elected, even if he appoints fine justices to the courts and stands up for our religious liberties, his flaws and shortcomings are so evident and he has been such a volatile and divisive candidate that it would be very hard to look to him as the savior of the nation.

A Trump presidency, therefore, would also be a call to prayer, a call for the church to rise up and make a difference, a call to make America great by making America dependent on the Lord.

The Church Has a Choice

The good news, then, is that having such unpopular candidates could be a blessing in disguise, forcing us to put our trust in God, not people.

The bad news is that if this election season doesn’t help us get our priorities right, almost nothing will — meaning, that we could be in for a very rude awakening.

So, what will it be, a great awakening or a rude awakening? The choice is ours to make.