God is Good, So Worship Him No Matter What 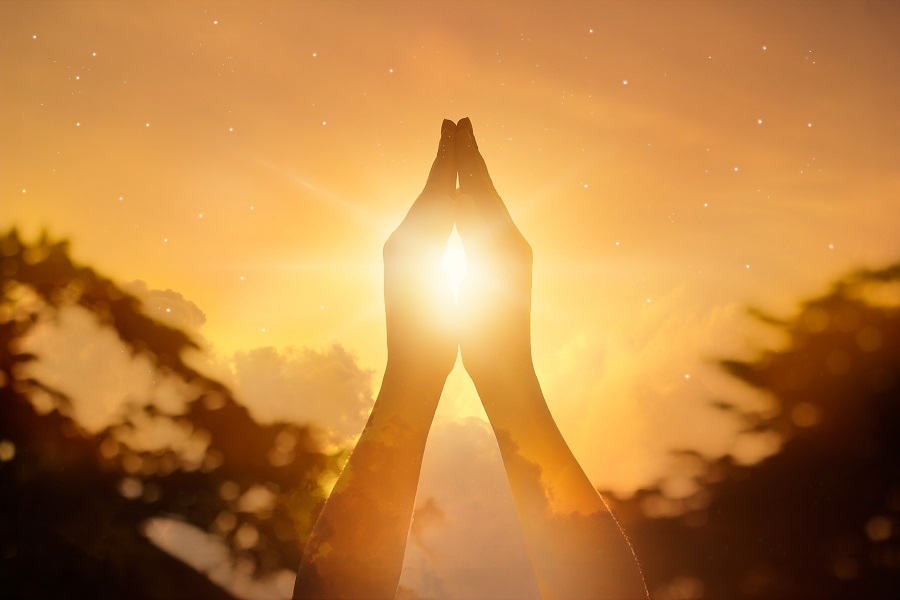 The dream I had was vivid and clear. A natural disaster had destroyed the church building in an impoverished nation where the believers are often persecuted. Yet in the midst of the rubble, they gathered together to worship God. Whatever the cause of the storm that tore up their building, God remained good and worthy of worship.

When I woke up from the dream, there was only one thing I could do: Sit down and write this article.

Worship and Give Thanks

To be sure, what I dreamt about has happened many a time over the years. Believers have joined together in the midst of terrible loss and worshiped. They have suffered great pain and had something (or someone) precious taken from them. Yet with heavy hearts, they lifted their heads to heaven, they lifted their voices to heaven, and they worshiped God.

After years of study, writing, editing, and rewriting, I have just finished a commentary on Job, due out in fall 2019.

The Book of Job

But there are many lessons emerging from Job that are simple, clear, and powerful.

We Don’t Always Get Answers

One of the lessons is that Job does not get answers to his questions. He never finds out about the adversary (Satan) who killed his children and his servants, pillaged his goods, and struck him with a horrific sickness. And he never finds out why God allowed the adversary to do this, even orchestrating it on a certain level. Why, why, why?

But Job does receive a fresh revelation of the Lord in His extraordinary goodness, a God of life and beauty, not a God of death and destruction. And that is more than enough.

Job puts his hand over his mouth, repents of the ugly charges he brought against the Lord, and worships.

And note this: He worships when his body is still covered with painful, itching boils. When he is still in agony over the loss of his 10 children. When he still has no evidence that his situation will change at all. No matter what, he will worship. God remains good.

This past Friday night (December 28, 2018), Nancy and I were sitting with some dear friends of ours, Gary and Cindy Panepinto. They are senior members of our ministry team, and we were talking about the sudden death of Caleb, one of our team members, on December 21. He was just 23 years old. (See here for my tribute to him.)

We’ve known Gary and Cindy since 1983, and we agonized with them in 1998 when they lost their younger son, Scott, at the age of 13, the victim of a freak boating accident.

If anyone could relate to what Caleb’s parents were going through, it is Gary and Cindy.

Scott was one of the godliest kids I have ever known, a young teen who loved the Lord and honored his parents. Yet he was taken suddenly in July 1998.

A father had taken Scott out, along with two other boys and his own son, for some fun on jet skis. They did this on a week day so that there were no other boats or jet skis anywhere around them. And when the two jet skis crashed, the other three boys were not hurt at all while Scott was instantly killed. Why, why, why?

God is Good and Worthy of Worship

Yet in all these years — including in the immediate aftermath of Scott’s death — Gary and Cindy never wavered in their faith. They knew God remained good. And they knew He was worthy of worship.

Cindy reminded us of Exodus 20, the Ten Commandments, which teach that children who honor their parents will live long lives. This is something that Paul also quoted and reemphasized. (See Exodus 20:12; Ephesians 6:1-3.) Shouldn’t Scott still be alive?

The very morning he died, Cindy spoke words from Scripture over him (and his older brother Adam) in prayer, saying to the Father that she had no greater joy than to know that her children were walking in truth (see 3 John 3).

Against that backdrop, how do you explain Scott leaving this world at the age of 13? How do you explain it happening in a freak accident that took place under the watchful eyes of a safety-minded father?

Eyewitnesses to His Faithfulness

To this day, Gary and Cindy don’t have an answer to these questions. But they don’t need one. They love God, they know He is good, and they are eyewitnesses to His faithfulness. So they worship Him today, even as they comforted mourners coming to comfort them in July 2018. (I saw this with my own eyes.)

As Gary said to me last night — with vigor and confidence, “when the Scripture says that ‘all things work together for good to them who love God and are called according to His purpose’ (Rom 8:28), it means ‘all things,’ including the death of your son.” That’s a word for all of us.

And so, no matter what you’re going through right now, no matter how great the pain or the loss, take a moment to worship God. He remains good, and He remains worthy of your praise. His light will shine through the darkness.