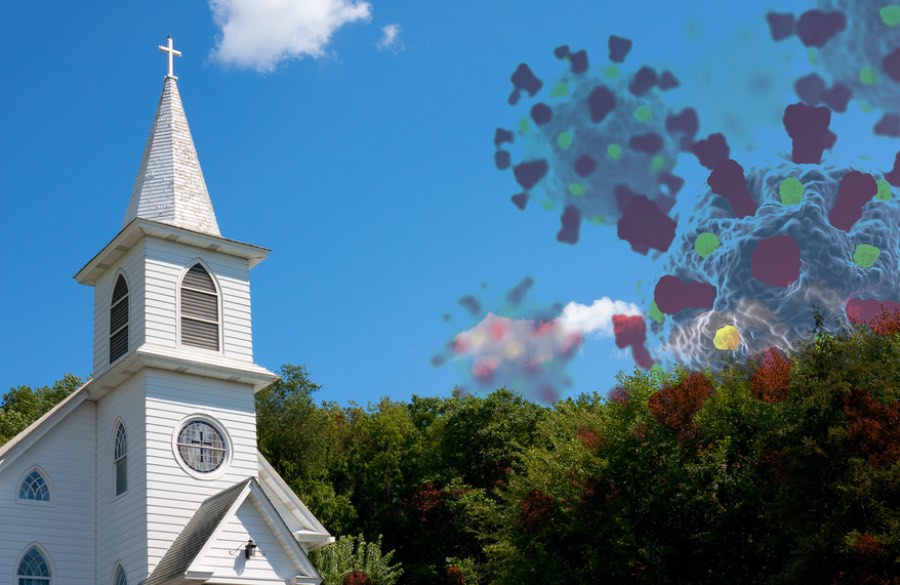 This virus is horrific. The questions are bound to come: How could God have let this happen? Does He love us? Is God even real? These questions aren’t just floating in the cloud. Family members, friends, and co-workers are bound to be asking them. Are you ready? It’s one thing to know the internet has good answers, and quite another to be prepared when someone you care about needs you to answer.

The reason I bring this up is because I’m confident you can answer. Yes, it can be a hard question, but the hardest thing about it for most of us is deciding we’re going to get up to speed for it.

Is it worth the effort? Of course it is! Just as many people need financial help right now, many also need a clearer picture of God in these times. That’s just as real a need, if not more so, in many cases. You can help!

So how do you do it? How do you actually answer the question? It helps if you actually know some answers, obviously, and for that you’d do well to review some good teaching on it. I’ll write more here myself over the coming days, with a view to making it very practical. This isn’t so much about telling you there are answers, but helping you know how you can answer.

First things first, though. Knowing the answer isn’t all it takes; you need to be sure you know the question — the real question, that is. Because when someone asks, “How could God have let this happen?” there are all kinds of different questions they might really be asking.

It’s one thing to know the internet has good answers, and quite another to be prepared when someone you care about needs you to answer.

For some, it’s almost on the level of a theoretical concern. They’re intellectually confused. They want to believe in a good God, but suddenly it’s a lot harder than it used to be. (Don’t be embarrassed if that describes you. Lots of people are feeling that way.)

For others it’s a skeptical challenge: “Hah! You say there’s a God, and He’s all-powerful and all-good? You can’t really believe that now, can you?”

For some it’s not about theory at all. At heart, they’re not really asking, “How could God let this happen?” They’re wondering something more like, “Why me? Why my loved one? Why so much grief and loss? How am I going to make it through this pain?”

With this last group you’d better not launch too quickly into theoretical answers. More often they need what’s usually called the ministry of presence instead: Weeping with them, sitting with them, putting an arm around them. That’s harder now than it’s ever been, and the word “presence” itself is a painful reminder of our condition. We can only do the best we can do — but we should do that much, anyway.

They might ask again how God could let this happen. If they do, your answer must depend on how much of God they already understand. If they know Christ, you can remind them that God is good and He loves them, but gently and without over-explaining. If they aren’t so confident in God’s love, often the best thing you can do for the time being is not to speak of His love but to demonstrate it.

You might think that’s enough — that no one’s going to come to you saying they doubt God. You don’t know that, though. The wise and responsible thing to do is to be ready for it.

God Has Demonstrated He Loves Us No Matter What

Not only that, but when you whisper to your grieving friend, “I know it hurts like crazy, but don’t lose hope; God still loves you,” you won’t want to be wondering whether your words are really true. You’ll want to be confident you’re speaking truth.

So how can we be sure God loves us, even in the toughest times? I think of when my first cousin Jeanette encountered a very evil man on a jogging trail. Another cousin found her body a few days later. Jeanette was 35.

We had really tough questions to face following that. Some of them had no answers, and never will this side of heaven: “Why Jeanette? Why our family? Why us?” But I never doubted God’s love. He proved it beyond a shadow of a doubt, by Christ’s sacrifice for us on the Cross. He was willing to die, just as we do, except with torture that exceeded even what happened to Jeanette.

God showed He’s in it with us. Jeanette died unwillingly, for no fault of her own; God’s Son died for us willingly, while having no fault of His own.

Christ-followers down through history have agreed: No matter how bad it gets, through persecutions or through plagues, there is never any need to doubt God loves us. We might have other questions (and I’ll write further answers), but God’s love need never be in question.

How Do You Know Which Question to Answer?

One final point needs addressing. Someone asked me, “If we’re supposed to start by discerning which question they’re really asking, how do I do that? How do I find out?” I answered with just one word: “Slowly.” Then after a pause, I added, “With a lot of listening.”

This is no time to rush. Even the skeptic’s challenge, “How can anyone believe in a God like that!?” may really be the cover for some deep wound. It may look like a theoretical question they’re asking, but in reality they could be crying out for God’s love. So there might come a point when it’d be appropriate to ask, with all gentleness, “What happened? Would you be willing to tell me who or what hurt you?”

In the long run, though, there’s more to it than just presence and listening. Keep your eyes on this site for more to come. You really can answer this hard question — if you’ll determine to equip yourself for it.

Are You Ready for the Question, ‘How Can a Good God Allow a Pandemic?’