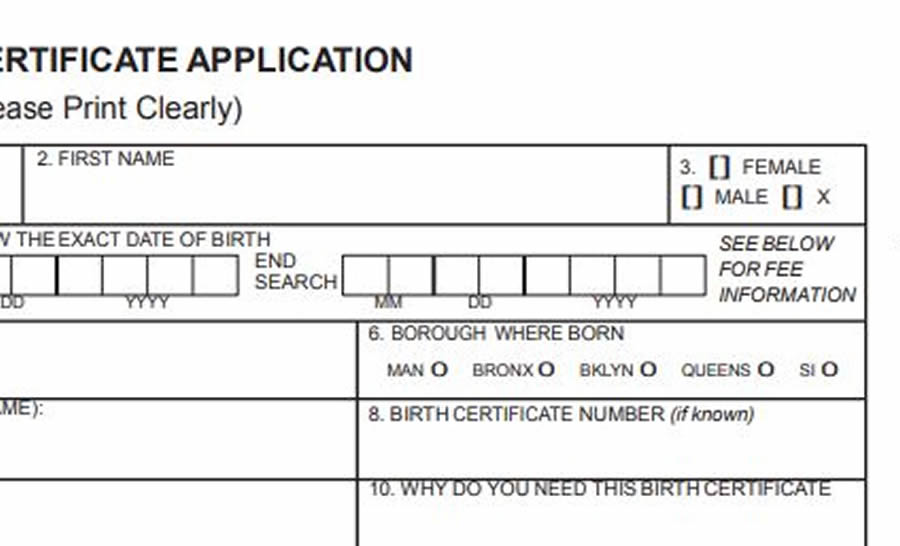 The birth certificate is a legal document you hold onto your whole life. It contains important information regarding the details of your birth, including your gender. This document has only two boxes to check to identify the gender. You were either born a male or a female. Honestly, how many choices could there be? The identifying factors are staring the doctors in the face the moment the baby comes out of the womb.

Outside of rare incidents of unfortunate deformities, babies will continue to be born with genitalia representing a male or a female. It would appear to be simple biology. Why has society decided to give parents and unfortunately children the option to choose neither of these biologically correct genders and mark their gender “X?”

States such as California, New Jersey, New York and others have decided that if someone wants to be identified outside of the traditional male or female box, they are considered non-binary and can check “X.”

What does this “X” mean? Society will say it is the freedom of expression and ability to decide your own gender. They will give supportive views of how they are trapped inside of their birthed identity and they deserve to be whatever gender they want. They will convince countless of people, including lawmakers, to give them the right to fill in the blanks.

What does the “X” really mean? It means a direct and outward rebellion against God’s plan. It is another tactic of man to stand against God and defy Him as if He made a mistake. That “X” is a symbol that removes truth and embraces lies. The truth that states a baby born with a penis is a male is disregarded if that male child believes he was meant to be a woman or even some other species or made up gender.

This “X” lets men and women let their imaginations dictate their identity or sexual orientation. It removes whatever God has stated a male or female should be and opens up lust, pride, perversion and all manner of idolatry where men serve the creature more than the creator.

While it is easy to say “let people do what they want,” it is not that simple. Yes, everyone has the freedom to be or do whatever is in their heart. That is their God-given right. Even God Himself will not force anyone to obey Him.

The problem begins when their beliefs are being pushed upon our young people and taught in our school systems. The problem with this “X” generation is that they are pushing these lies and perversions on our children, leaving all of our foundation teaching in question.

It is causing our young people to doubt the validity of Biblical teaching as the LGBTQ community lashes out violently against any who oppose them. Our impressionable babies begin to doubt their own identities. They become confused. They are even being coerced.

How can this be? The proof is right in front of them. The biological evidence is there for all to see. Even altering it through hormones can’t erase the facts of the birth. The body remembers what God intended it to be. The DNA cannot lie. Male and female created He them! God didn’t make an X. Man made an X because man wants to be his own god.

Helping the Struggling With Love

Are there real identity issues? Yes, there are. Many people suffer with these inner struggles constantly. They search for something that will make them feel better about themselves. There are so many inner struggles and real pain that people feel. We do not make light of the inner wars within.

However, there are so many resources and real counselors that are available. There are support groups and powerful churches full of love and understanding that can embrace someone in this type of turmoil. There are certainly avenues to help. However, to pass a law and make this ideology a standard is more than wrong. Its an insanity that must be stopped.

We have to educate ourselves and become more resourceful to help those that are struggling. We should never be judgmental or prideful. We have to be loving and compassionate and show that even the generation of X is loved by a God that loves unconditionally, even if the birth certificate is already changed.

By this shall all men know you are my disciples, by the love. Love shall cover a multitude of sins. Church, stand up and don’t compromise, but in your stand, don’t forget to love!

Janet founded Janet Boynes Ministries in Maple Grove, Minn., in 2006. She has authored the books: Called Out: A Former Lesbian’s Discovery of Freedom; Arise: The Journey from Fear to Faith; and God and Sexuality: Truth & Relevance Without Compromise, which is her latest book. She challenges individuals and the church to reach out with a message of hope and restoration to the homosexual community. Her articles have appeared in Charisma Magazine, Called Magazine, Power for Living, Believer’s Voice of Victory Magazine and many more.