Why All the Fuss Over the Trump Sex-Comments Tape?

Did anyone really believe that Donald Trump was not the man he so clearly once was? 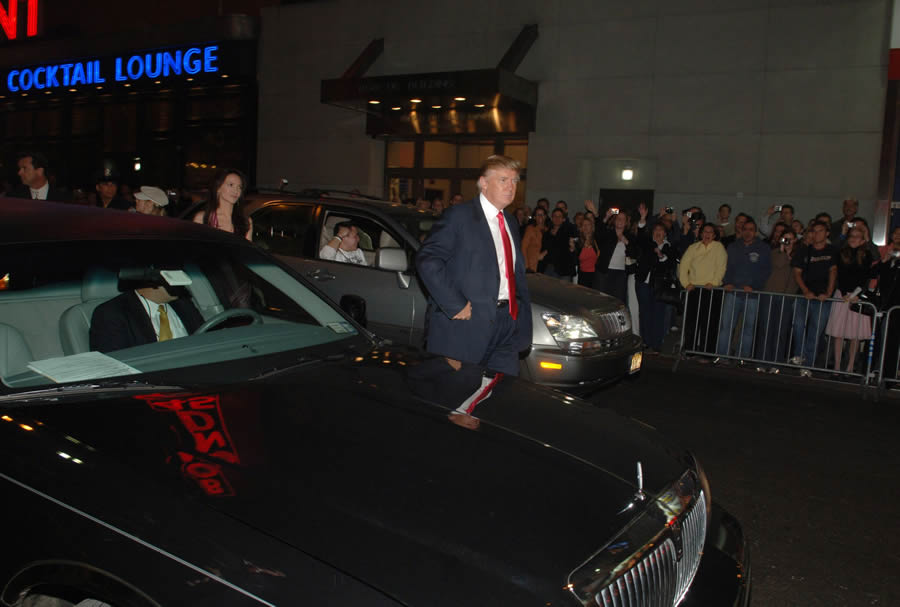 I’m not writing this to defend Donald Trump or to minimize the despicable nature of his comments captured on video in 2005. Not a chance.

Nor am I writing this to convince NeverTrumpers to vote for him.

My own wife, Nancy, has told me repeatedly that she could not vote for him, despite the possibility of Hillary getting elected. (Of course, she will not vote for Hillary either.)

Instead, I’m writing this to ask those who once supported Trump, like my highly esteemed, Christian brother Wayne Grudem, a fellow-professor and theologian, why the video tape changed things.

Prof. Grudem wrote, “There is no morally good presidential candidate in this election. I previously called Donald Trump a ‘good candidate with flaws’ and a ‘flawed candidate’ but I now regret that I did not more strongly condemn his moral character. I cannot commend Trump’s moral character, and I strongly urge him to withdraw from the election.”

Certainly, I commend Prof. Grudem for his integrity and for acknowledging what he now feels was an erroneous endorsement of Trump. In fact, just a few days ago, I wrote a piece questioning whether I will endorse another candidate in the future, having previously endorsed Sen. Cruz.

But my issue is simply this: Why the surprise now? Did anyone really think the tape misrepresented who he was in 2005 and who he likely continued to be.? Did any of us think that he didn’t sexualize women, that he didn’t lean into his star power, that he didn’t boast about his many (alleged) sexual trysts? Why the outrage and shock now?

Even if Trump changed in certain ways since 2005 — perhaps he has been more faithful to Melania and more involved with their kids — the character he displayed throughout the election process indicated some very deep, moral flaws, making him the least likely poster boy for the evangelical right.

During the primaries, I issued numerous words of warning and concern about Donald Trump, in writing, on radio, and on video, also making clear that these warnings were in the context of the primaries, when we had other, more viable candidates for president. (Obviously, this was simply my opinion.)

Once it came to Trump vs. Hillary, my posture has been that I cannot vote for Hillary but that Trump could earn my vote, and that remains my position until today.

I would like to be able to vote for him, and I do hope that he will heed the godly advice that is being given to him and learn to humble himself before God and people. But his failings and flaws are such that I still have concerns about helping to elect him as president, despite the dire possibility of a Hillary presidency.

But these are just my personal opinions, and I do not write this to persuade or to influence. My purpose in writing is to ask those who once backed Trump but do so no longer: Why the surprise at his past conduct? Weren’t his weaknesses and flaws shouting aloud to the nation over the last year via tweet and spoken word?

I never for a moment bought into the “Saint Donald” rhetoric, questioning other Christian leaders who embraced him as such. (I don’t mean to deny that he has helped people privately and has a compassionate, caring side. I simply mean that to present him as a wonderfully Christian man is to be self-deceived.)

And I understand the convictions of the NeverTrumpers, although I have never identified with this group. (I once used the hashtag in a tweet but decided not to do so again.)

My issue is with the political leaders and Christian leaders who endorsed Donald Trump and who worked to help elect him but are now distancing themselves from him in shock and dismay. Who did you think you were dealing with?

I know he can be gracious and humble in person, and there are surely many positive qualities about him.

But if you’re going to endorse him, do so with your eyes wide open, or don’t endorse him at all.

The man who once boasted about his adulterous encounters with famous women and who opened a casino with a massive strip club inside but felt he didn’t need to ask God for forgiveness is the man you endorsed for president.

Had he renounced with shame his past life, that would be one thing.

Had he not insulted and degraded his political opponents (and other perceived opponents) in the most vile and cruel ways, crushing them at any cost so that he could advance politically, that would be one thing as well.

But he did not renounce his past or change his public ways, because of which, the only issue with the 2005 tape should not have been the tape itself but rather how he responded to it today.

I have colleagues who believe that God is raising up Trump the way He raised up Cyrus, pointing out that Cyrus was used by the Lord although he was a pagan king who did not know the God of Israel (see Isaiah 45:1-6, and note carefully the phrase “although you do not know Me” in v. 5-6).

I have no problem with this concept at all. As the old saying goes, let God be God (in other words, let Him do what He chooses to do in His way and for His purposes). So be it. As I’ve written before, I personally hope it’s true.

But for those who are having cold feet about Trump now, I ask again: Wasn’t it clear from day one that this was the man you were endorsing?

For all of us, then, from here on in, the lesson is simple and clear: Whatever we do, let’s do it with our eyes wide open and with our trust in God alone.