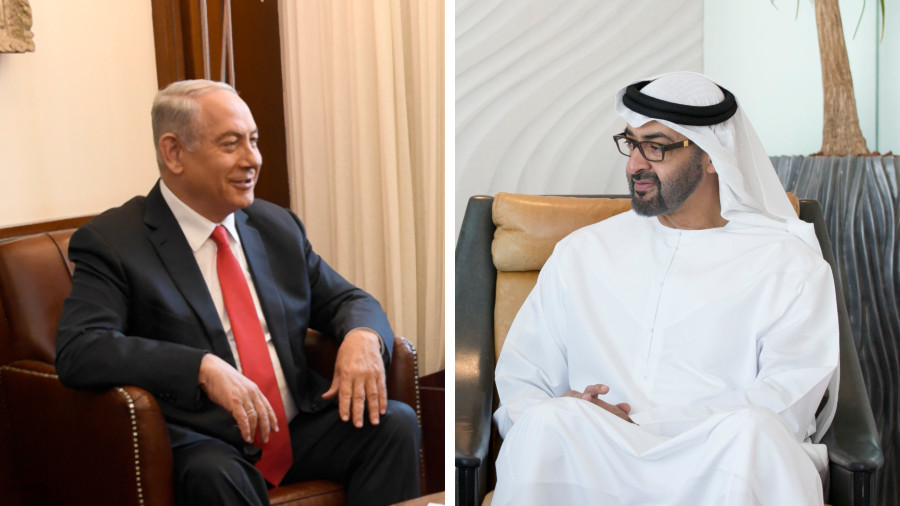 Last week, Israel and the United Arab Emirates (UAE) announced that they would be establishing full diplomatic relations. The UAE is thus the fourth major Mideast nation to do so. The others are Egypt, Jordan and Turkey. (The Jewish state is recognized by 84% of the world’s nation-states. The exceptions are most of the Arab League, along with a few Communist dinosaurs like Cuba and North Korea.)

This is a diplomatic coup for the Trump Administration, which has been pushing for these two American allies to bury the hatchet. But why would a secular Jewish state and a rich, Arab Bedouin technocratic principality come to terms? Especially considering the latter also enforces shari`a law? There are three huge reasons. The Muslim Brotherhood issue. The threat of Iran. And Palestinian fatigue.

The Muslim Brothers are not the same as Saudi Wahhabis. I know many conservatives, and Christians, conflate them. But they are wrong to do so. The former began in Egypt in the early 20th century and believe in making politics more Islamic. They also believe that democracy is to some degree compatible with Islam. Especially if it gets rid of hereditary dynasties. And as long as you vote for shari`a.

Wahhabis are named after Ibn Abd al-Wahhab, an 18th century Sunni Arab who believed in strict adherence to the Quran and the Hadiths (sayings of Muhammad). His alliance with the House of Saud eventually produced the Kingdom of Saudi Arabia (KSA). Wahhabis were, and are, Sunni Muslim fundamentalists in religious terms.

Both Muslim Brothers and Wahhabis claim to be “Salafis,” or imitators of the “pious ancestors.” And both want more Islamic law in governance. But the Brotherhood’s end game is a new, pan-Islamic caliphate. This is anathema to national-regional rulers like Saudi Crown Prince Muhammad bin Salman, Jordan’s King Abd Allah II, and of course Gulf shaykhs Muhammad bin Zaydi al-Nahyan. Egypt is also opposed to the Muslim Brothers, because of its brief, unpleasant rule there.

Thus, the Sunni Middle East lines up behind either the transnational Muslim Brothers or national rulers. Qatar, another wealthy Gulf shaykhdom, supports the Muslim Brothers. This seems oxymoronic. But it gives that tiny, yet also extremely wealthy, state a mean to stick it to its former ruler, KSA. Qatar also gets the support of Turkey, which also helps vis-à-vis KSA.

But Qatar is also tight with Iran, both because of KSA, and proximity. Iraq and Oman also tend to line up with Qatar, on the pro-Iran side. (Iraq, being also majority Twelver Shi`i, really has no choice in the matter.) This is anathema to KSA for two major reasons. As the staunchest Sunni country, the Saudis dislike Iran’s Shi`ism — particularly its eschatological emphasis. Riyadh sees this, not unreasonably, as unsettling and potentially dangerous. Furthermore, Iran has a large population (80 million), a formidable military, and potential fifth columns in KSA’s Shi`i minority. Tehran is also stirring the Shi`i pot in Yemen, although the Zaydis are Fiver, not Twelver, Shi`is.

The Sides in the Conflict

How do the sides stack up? In one Mideast corner we find KSA, Egypt and the UAE. In the other are Qatar and Turkey. Iran and Iraq — which has become the former’s satellite — form a Shi`i bloc. But Qatar and Turkey can, and sometimes will, work with the ayatollahs. The Saudi-Egyptian-Emirati alliance really will not.

And where is Israel in all this? Tel Aviv sees Iran, quite rightly, as its main enemy. This is so even if the Shi`i state’s desire to wipe out Israel is greatly exaggerated. Yet the Muslim Brotherhood is also a danger. Hamas is the Palestinian branch of the Muslim Brotherhood. Also, the Brotherhood’s push for transnational Islam threatens Israel. Israel’s list of allies in the region has grown thin. Its former friend Turkey has gone neo-Ottoman under Erdoğan. So Tel Aviv has cast its geopolitical lot in with its former enemies KSA, Egypt — and now UAE. For its part, the Emirati rulers know that Israel has never attacked them. And it’s the only state in the Middle East with nuclear weapons. This makes it a counterweight to Iran. Especially if the Islamic Republic does eventually go nuclear.

Everyone’s Tired of the Palestinians: Reason #3

Finally, the Arab world seems to have decided that 70 years of tilting at Palestinian windmills is quite enough —  especially when the latter never miss an opportunity to, well, miss an opportunity. The Trump Peace Plan, released earlier this year, was going to throw yet more billions of dollars at the Palestinian territories. It would have roped in the international community to help the Palestinians create a self-sufficient state. But the Palestinian Authority, not just Hamas, chose missile over hotels — and peace.

So the UAE joined Egypt and Jordan in recognizing reality. The Saudis will make formal peace with Israel, too. When they do, this will mark yet another Trump Administration diplomatic triumph. The President has been working to undo his predecessor’s tilt toward the Islamic Republic of Iran. His goal has been to move the U.S. back to its more traditional alliance with key Arab countries. This will help contain Iran, which is not just the most destabilizing force in the region. It is also the world’s foremost state sponsor of terrorism.