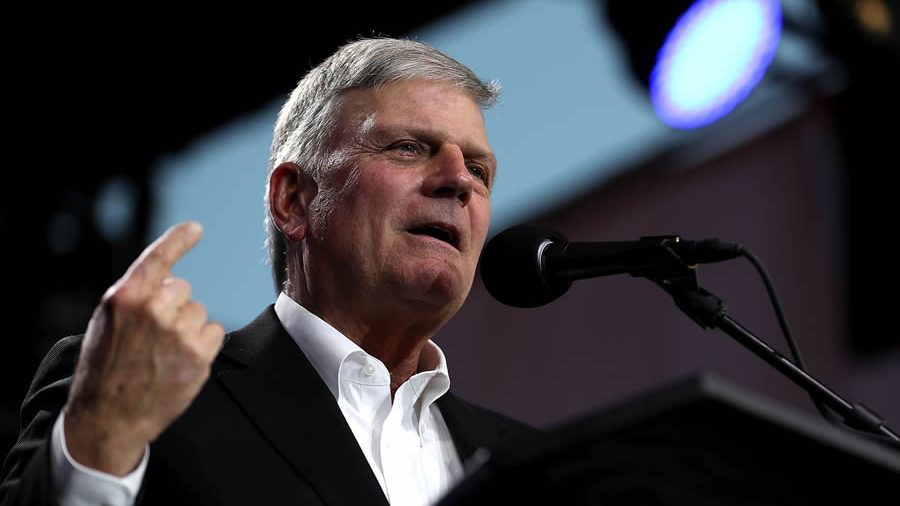 While acknowledging his displeasure in Trump’s behavior in recent weeks, evangelist Franklin Graham called out the 10 Republicans who voted with Democrats to impeach President Trump on Wednesday.

“After all that he has done for our country, you would turn your back and betray him so quickly?” Graham asked.

Shame, shame on the ten Republicans who joined with Speaker Nancy Pelosi and the Democrats in impeaching President Trump…

Graham said, “We have never had a president like him in my lifetime,” and then offered a list of his accomplishments:

He gave us lower taxes, a strong economy, and low unemployment. He made NATO take notice and pay their own way. He had the guts to take on North Korea and meet with their leader personally. He didn’t let China walk all over us. Just his Mideast peace initiatives in the last couple of months deserve a Nobel Peace Prize. He has defended religious liberty like no president before him, and that matters to all people of faith. He has worked to bring prison reform and secured our southern border. He defeated the ISIS caliphate in Syria, and he strengthened our military. He was also the most pro-life president we have ever had.

Graham accused House Democrats of impeaching Trump “because they hate him and want to do as much damage as they can.”

“And these ten, from his own party, joined in the feeding frenzy,” Graham said. “It makes you wonder what the thirty pieces of silver were that Speaker Pelosi promised for this betrayal.”

Graham acknowledged Trump’s weaknesses, especially in regard to the recent attack on the Capitol, saying, “January 6 was a low point in his presidency.”

Graham noted, however, that he had voted for Trump’s platform and policies. “I still support those.”

“The Democrats have been trying to get rid of the President since the day he took office,” Graham said, adding that the impeachment only adds to national disunity. “I hope President-elect Biden will keep his word and work for unity as he has said.”

In a post before the House impeached Trump, Graham had said that the impeachment effort was contrary to Biden’s call for national unity.

President-elect Joe Biden is calling for unity, and I wholeheartedly agree with that. However, there are mixed messages…

“There are 30-40% or more of the American people who feel, whether right or wrong, that the last election was unfair, and it is going to take time and hard work to earn their confidence,” Graham said. “I hope that President-elect Biden will encourage the House to back off this and focus on other needs in our nation. I encourage the President-elect to call for a day of prayer, asking for God to help heal our land. May God bless America.”