In Thursday’s Fox News Debate, Trump Spoke Like One Unfit to Serve as Commander in Chief

In the most recent Fox News Debate, Donald Trump proved himself unfit to lead our nation’s military. When asked about General Michael Hayden’s comments that American warfighters would refuse to carry out unlawful orders like the intentional killing of terrorists’ families (which Trump has advocated), Trump responded, “They won’t refuse, they’re not going to refuse me — believe me.” In his snide insistence that “they will do what I tell them,” Trump demonstrated that he thinks our airmen, soldiers, sailors and Marines will jump when he snaps his fingers to do the abhorrent — murder women and children.

Trump’s statements are particularly disgraceful in light of the large numbers of psychiatric battle casualties suffered during combat in Iraq and Afghanistan. Throughout history combat veterans have staggered home suffering not necessarily from physical injuries as classically perceived but injured all same. During clinical interaction with Vietnam veterans, psychiatrist Jonathan Shay began to recognize many veterans suffer symptoms atypical to their diagnosis of Post-traumatic Stress Disorder (PTSD). In place of, or in addition to, the paranoia, hypervigilance or other responses typical to life-threat ordeals, a cluster of veterans presented symptoms that suggested something else, what Shay came to describe as soul wounds: crippling degrees of guilt, shame, sorrow and remorse. In response to this, Shay proposed a distinct diagnosis as a subset of PTSD. He called it “moral injury” — a psychic trauma resulting from doing or allowing to be done that which goes against deeply held normative beliefs.

Trump has glibly promised to betray those he has now proved himself unfit to lead.

The discovery uncovered a crisis. The chances of becoming a psychiatric casualty — of being permanently or temporarily debilitated as a result of the stresses of deployment — are greater than the risks of being killed by the enemy. In the course of World War II, some 504,000 men — enough to fill fifty divisions — are said to have been withdrawn from the fighting because of psychic collapse.

Today the problems are exacerbated by the kinds of wars being fought, in which the fighting is drawn in and among civilian populations as a part of the arsenal of tactics employed by insurgents. Such tactics are designed to increase the risk to non-combatants and to expose U.S. warfighters to morally questionable or ethically ambiguous situations. The risks to warfighters of inadvertently doing what they believe to be morally wrong, namely killing the innocent, carry potentially horrible consequences to themselves.

But moral injury does not occur only by doing something that cuts against one’s moral code. It also occurs, or is heightened by, being betrayed by someone in a position of authority. 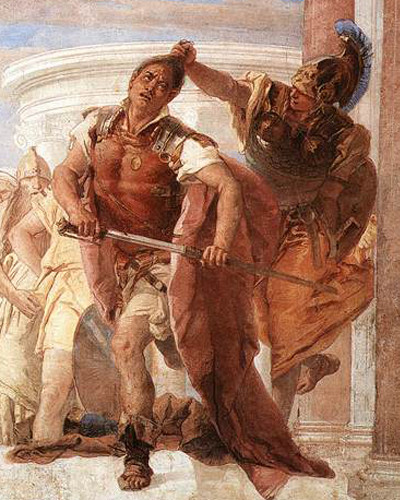 The Rage of Achilles by Giovanni Battista Tiepolo

Shay illustrates the point with reference to Homer’s ancient Greek epic The Iliad, specifically the depiction of the Greek leader Agamemnon’s public dishonoring of his subordinate Achilles by his seizing Briseis, the Lyrnessusean princess and Achilles’ rightful, war-prize concubine. For Shay, this Homeric episode is an example of what must never occur: the betrayal of “what’s right” in a high stakes situation by someone who holds power over you. The results can be devastating, and range from the loss of motivation, to passive obstructionism, goldbricking, desertion and even to fragging — a danger depicted in The Iliad when Achilles nearly kills Agamemnon.

In his work, Shay attributes all this to extraordinary mortal dependence of the warfighter on the military organization for everything needed to survive. Imagine a routine combat event in which a sentry on night watch utilizes night-vision goggles to observe enemy fighters moving toward his position. He calls this in to the command post and awakens his comrades, lightly asleep beside him. Meanwhile, the officer at the CP calls in a request for illumination shells and artillery fire to turn back or soften the oncoming assault. Notice, Shay urges, the crucial dependency of every man on the other.

The sleeping men depend on the one on watch, the one on watch to the makers of the night-vision equipment, and all of them on the communication devices linking them to command. They depend on the commander to make the right decision, to accurately relay enemy coordinates to the fire support teams who must, in turn, utilize the correct munitions and weapons properly and be sure their rounds don’t fall short. If at any point along this moral structure someone fails in their responsibility to their dependents, the consequences are potentially tragic. When the failure is intentional, the sense of betrayal can be devastating.

The President of the United States, as Commander in Chief of the Armed Forces, is set at the head of this moral structure and is ultimately responsible for the welfare of our military personnel. Donald Trump proposes to compel his warfighters to target families. In commanding them to kill non-combatants, he would be ordering them to murder the innocent — to do that which goes against deeply held moral beliefs. Trump would be commanding them to wound their own souls. 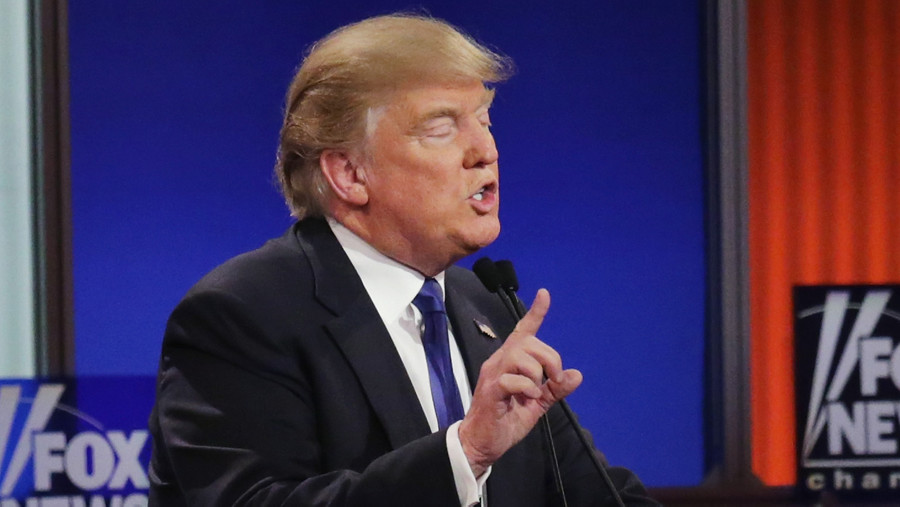 This is not trivial. Moral injury does not simply result in the possible inability to continue in the fight. Shay and other psychiatric professionals have identified moral injury to be the number one predictor of soldier suicide; there is a bright line that stretches from betraying one’s beliefs in war to dying by one’s own hand.

In the high-stakes theater of combat, a President Trump would put those who depend on him in an impossible situation: compelled to choose between their nation and their conscience, forced to decide whether to carry out unlawful orders or to defy them and risk court-martial, imprisonment, and their livelihood — their ability to put milk on their table, serve their nation and live out their calling.

And yet through it all, Trump has the gall to say he will care for our veterans like no one else will. Such is his contempt that he insists no warfighter will refuse his orders. If so, then they will have disobeyed far greater authorities, and they will be the ones to pay the cost — in some cases even the ultimate price.

Trump has glibly promised to betray those he has now proved himself unfit to lead. The stakes are high and the petty things fall away. It no longer matters whether his hands are small or large. If he becomes president, they will be stained with American blood.

Marc LiVecche earned his doctorate at the University of Chicago and is managing editor of Providence: A Journal of Christianity & American Foreign Policy and scholar on Christian ethics, war and peace at the Institute on Religion and Democracy.