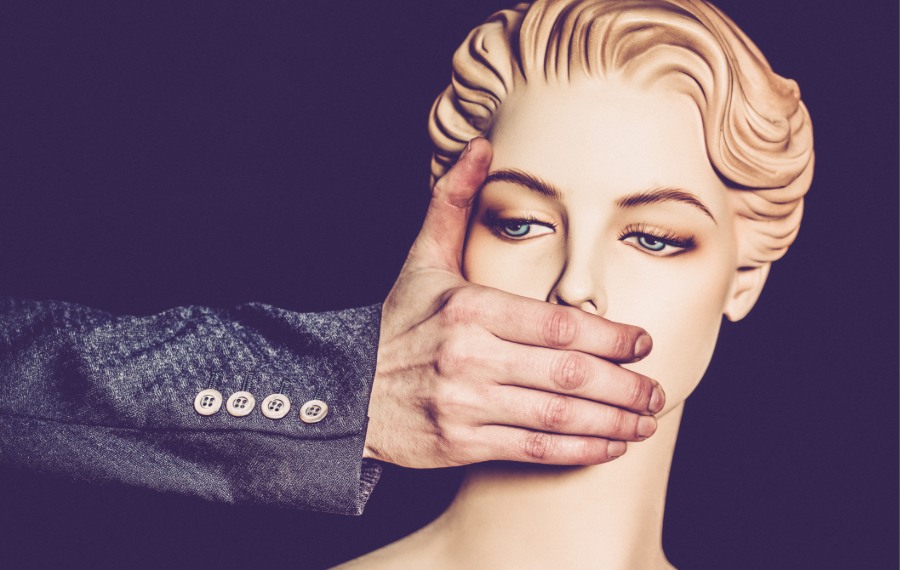 “Proclaim the truth and do not be silent through fear.”
― St. Catherine of Siena

Free speech is the oxygen of democracy. Without it freedom suffocates and dies.

But why is free speech so important from a Christian perspective?

Free Speech and the Great Commission

First, let’s talk about the primary, practical reason Christians must support free speech: the Great Commission. From Jesus’ last words to His disciples in the Gospel of Matthew: “Go therefore and make disciples of all nations, baptizing them in the name of the Father and of the Son and of the Holy Spirit, and teaching them to obey everything that I have commanded you.” (Matthew 28: 19-20)

How can you do all that if you’re not free to speak?

The same First Amendment to the Constitution that acknowledges our God-given right to practice our faith also recognizes our right to free speech. The two are entwined together. If you cannot bear witness, if you cannot share the gospel, neither your speech is free nor is your practice of religion.

Efforts abound to squeeze Christian voices from the public square. And we’re not talking about some long-hair on a soap box screaming “The End is Near” or a big “John 3:16” sign blocking your view at a ball game. We’re talking a soldier penalized for having a faith-based sticker at his desk A real estate agent in Virginia forced out of business because she insisted on including scripture verses on her business web page. Or a Muslim convert to Christianity who was asked at the Mall of America about his beliefs, and started to share his testimony. A Muslim woman overhearing it reported him to mall security, and soon he found himself in jail for it. We’re talking, too, about pastors who speak out on traditional marriage having public officials seeking to seize their sermons (and terminate their tax-free status.)

We need free speech — to be able to share the reason for your hope at a high school graduation.

Free speech — to be able to offer a prayer for someone in need.

Free speech — to be able to sing “O Holy Night.”

Free speech — to be able to carry a sign outside an abortion mill.

We fight for free speech so we can carry out our assignment.

The Marketplace of Ideas

It’s easy to support free speech when you’ve got the juiciest, tastiest, most nutritious meat in the marketplace of ideas. Christians celebrate free speech because we can take all comers. Look at the Apostle Paul. The book of Acts tells at least seven times Paul used reasoned argument to carry the day. One will suffice for the moment:

As was his custom, Paul went into the synagogue, and on three Sabbath days, he reasoned with them from the Scriptures, explaining and proving that the Messiah had to suffer and rise from the dead. “This Jesus I am proclaiming to you is the Messiah,” he said. Some of the Jews were persuaded and joined Paul and Silas, as did a large number of God-fearing Greeks and quite a few prominent women. (Acts 17:2-4 NIV)

Sure, free speech means we have to put up with a lot of foul speech, fake speak, and what The Stream likes to call “Snake News“: The deliberate distortion of truth with the intent to deceive, deflect and destroy.” But we can hold on to Proverbs 12:6:

The words of the wicked lie in wait for blood, But the mouth of the upright will deliver them.

There is a lot of death in the words of the world, the lies of the “spirit of the air.” But we are made righteous in Christ, and “the mouth of the righteous is a fountain of life.” (Proverbs 10:11)

If our speech brings life, being silenced brings death to our nation. Our Founders knew this. Ben Franklin said, “Whoever would overthrow the liberty of a nation must begin by subduing the freeness of speech.”

He would also say, “Freedom of speech is a principle pillar of a free government: When this support is taken away, the constitution of a free society is dissolved, and tyranny is erected on its ruins.”

Are we not seeing hints of this already with the silencing of voices during the recent COVID-19 pandemic? For example, two California doctors on the front lines against the virus posted a video questioning the actual threat it posed, arguing it was being greatly exaggerated, and the shutdown was an overreaction. YouTube removed their video, which had gone (pardon the expression) viral. Noted epidemiologist Nutt Wittkowski’s video dismissing the need for a shutdown was also censored. Meanwhile, Facebook declared it would remove content that went contrary to World Health Organization recommendations. (The same WHO that initially downplayed the threat, at the behest of Communist China.)

Hasn’t a cloud, shaped like tyranny, settled on many of our states?

Give up free speech and we are not lions, we are lambs. Said George Washington, “If freedom of speech is taken away, then dumb and silent we may be led, like sheep to the slaughter.”

God gave us America. God blessed America. If we Christians can keep to our assignment, our nation will continue to be blessed.

This article is part of a new Stream series called Foundations. As we approach this year’s election, it appears that the most fundamental principles upon which the American republic was founded are being called into question. Foundations is a tool for pastors, teachers, leaders and all people of faith to learn why, from a Biblical view, we should continue to support the Constitution — with an emphasis on the First and Second Amendments and wise policies that promote freedom. Visit the Foundations page to see all the articles in this series.