Fewer Americans Say College is Important, Fewer are Attending, and More Colleges are Merging or Closing as a Result 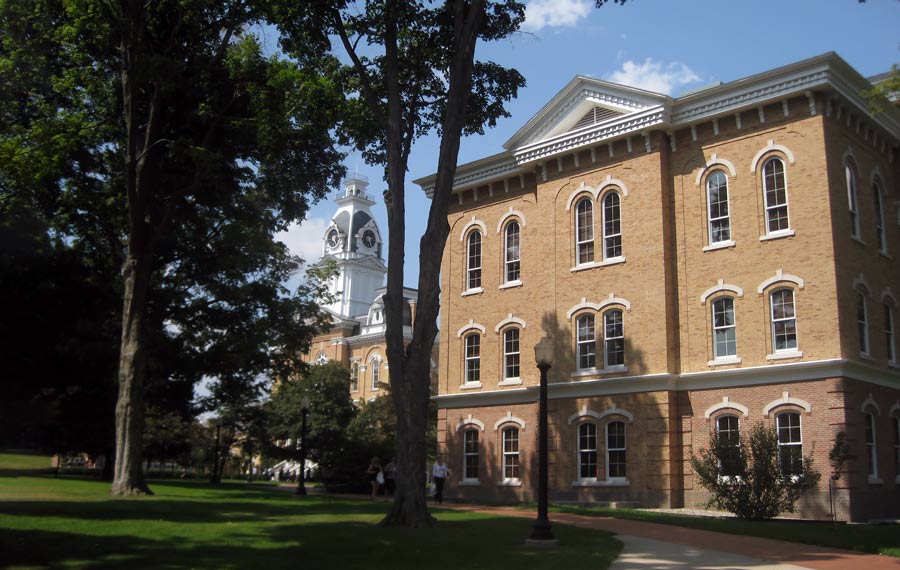 My last piece dealt with loss of confidence in public education. How are Americans feeling about the importance of college? Turns out folks are less bullish there also. A steady barrage of negative publicity has led to a declining level of confidence. It can be a bit discouraging for those of us who work in the system. We would like to think we’re serving our students well.

This is from a December 2019 Gallup survey:

The drop has been fastest among young adults — the age range of typical college students. The percentage of young adults who say college is very important has fallen from 74% to 41% from 2013 to 2019.

But every age group has seen a decline in the belief that college is very important. That said, if you remove the distinction between “very” and “fairly” important, the drop is only 6 points: From 93% to 87%.

Young adults are probably reacting to the high cost of college. Tuition has risen at about twice the rate of inflation for a couple of decades now. Why? Two big culprits: Administrative bloat and other forms of non-academic spending. More luxurious dorms, rock climbing walls, lazy rivers, higher end dining options. This has led to more students borrowing for college. Average debt loads have steadily increased, too. Affordability and access issues have led many young adults to wonder if college will deliver enough return on investment for them. That question, in turn, is driving a shift away from humanities majors into areas like business, science, engineering, and math. It’s also the case that humanities majors have been subject to more hijacking from progressive ideology — which is not making those disciplines more popular.

That leads to the partisan divide issue. The fact that faculty — in many academic disciplines — are running 80% (or more) progressive isn’t helping. The cancel culture that exists in many places for outspoken conservatives and the growing dominance of critical race or gender theory is taking a toll. On the other hand, schools like Hillsdale College are seeing explosive growth in prospective student applications. There remains a strong market for college done well: Quality academic curricula, professors who teach well and maintain rigorous standards, and a commitment to the formation of virtuous citizens.

Douglas Belkin of The Wall Street Journal has a column this week that follows the story of Northeastern University’s acquisition of Mills College, a 170-yr-old women’s college in Oakland, California with land valued at $1 billion. In the deal Northeastern also secures Mills’s $191 million endowment and large art collection. They accept $21 million in Mills’s liabilities and commit $30 million towards Mills’s traditional programming in feminist scholarship. But $51 million is a drop in the bucket compared to at least $1.2 billion in assets gained.

It reads like a huge giveaway to Northeastern. But colleges like Mills — on the brink of closure due to low enrollment — aren’t in the best negotiating position.

What’s driving it? Leading culprits include changing perceptions on the importance of college, the new availability of cheap online courses, and companies like Google who are willing to hire non-college grads. Demographic shifts — fewer high school graduates, especially in the northeast — are also creating headwinds.

The biggest losses are at for-profit, community, and less-prestigious private colleges. Some see this as the early stages of a Darwinian fight for survival, with the strong consuming the weak, as Northeastern did with Mills. In fact, Northeastern appointed a specialized merger and acquisitions team two years ago. They foresaw, rightly, that COVID would wreak havoc for less resourced colleges. Their losses could turn into Northeastern’s gain. It’s hard to imagine Northeastern is alone in this pursuit.

Some colleges are too far gone in a death spiral to be attractive acquisition targets. The death spiral: Declining enrollment leading to budget cuts, which lead to fewer majors and course offerings, which lead to more enrollment declines. These schools may try to buy their way into relevance, offering huge scholarships to potential students. In the 2021-22 academic year, students paid an average of just 45.5% of sticker price, the lowest percentage ever. That means schools are netting less money per student. At some point, the revenue pinch makes it harder to make payroll and keep the lights on.

In the past decade 200 colleges closed their doors for good — about four times the previous decade’s tally. Robert Zemsky, a professor of higher education at the University of Pennsylvania, predicts that 500 more colleges will close in the “near term.”

The fact that some schools are closing shouldn’t be interpreted as the slow death of college itself. Many colleges continue to provide great value for students with an ability for classroom learning and the work ethic to succeed. Those who graduate without paying or borrowing a fortune, and who possess at least some marketable skills, will almost certainly live to see it pay off, in ways tangible and intangible. Done right, college doesn’t prepare you just for your first job but for your fifth and sixth jobs. None of this takes away from the fact that some are more wired to succeed in the skilled trades, which don’t get enough recognition. But those aren’t for everyone, either.

So, skip the schools with wasteful non-academic spending and woke ideology. Pick a place within your budget, focus on learning things that matter, and grow in character. Apply yourself diligently. Pick up quality work experiences along the way. And trust God to open doors after graduation.