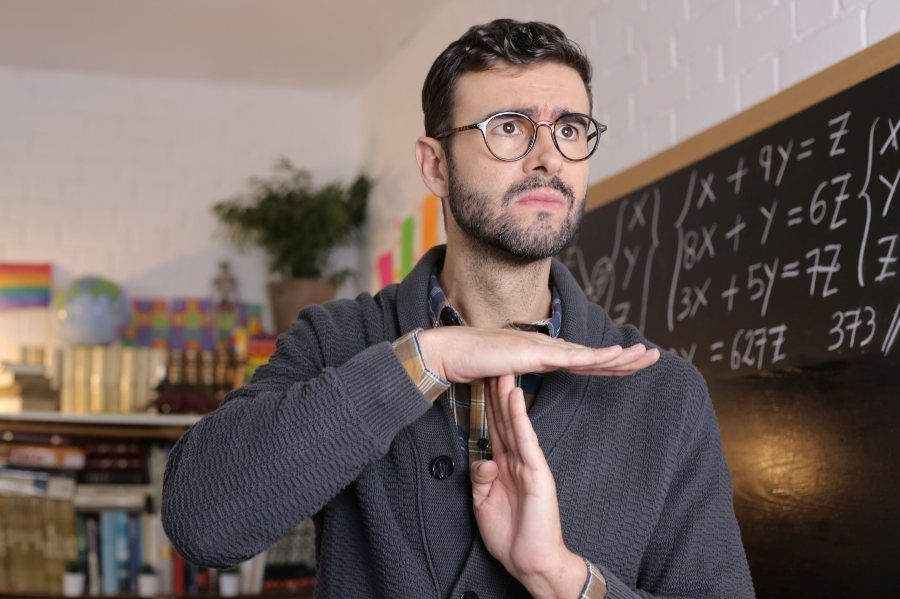 Jordan Petersen isn’t the only professor to ditch a lifetime appointment this year. UCLA Anthropology Professor Joseph Manson has recently joined him, spelling out similar concerns in great detail.

Others have left, either before earning tenure, or because they got fired. For those who quit, the reasons are similar: unwillingness to live with the lack of academic freedom. For those pushed out, their sins are similar: failure to hold the narrow set of allowed views.

Beyond Petersen and Manson, we find Peter Boghossian and Bo Winegard with online manifestos. But many others have gotten swept up in the job-quitting trend of the last two years. In fact, 80% of academic vice-presidents say that faculty are leaving their universities at higher-than-usual rates.

It’s especially odd when tenured faculty leave. Tenure is typically a lifetime appointment for a professor. You still have a job to do, but it’s really hard to get fired. So, there’s a lot of inertia in these roles. There are fewer of them now than in the past. People work crazy hard to get there, after which they tend to stay put.

Some of the reasons given could apply to many industries. Stress, mental health. Overworked, underpaid, undervalued. But other reasons are specific to faculty life. One common theme: Getting in trouble for things they say in the classroom, in social media, or in print. Even in peer-reviewed journals, where it’s an honor to be included. For some professors, research is a big part of their job. Getting in trouble for doing your job — having ideas, doing research and publishing it — is infuriating.

Professors have long enjoyed academic freedom. The ability to pursue ideas, to speak about the issues of the day, or debates within their disciplines. Without free expression, ideas aren’t challenged. Discoveries aren’t made. Think of the truths we take for granted, especially in areas like science or medicine. Many of them, at one point, challenged conventional wisdom.

Or take areas like economics, history, or politics. If every professor holds the same views on capitalism, socialism, the police, federalism, or how to right historical wrongs, would this benefit students? Isn’t it better if students hear a diversity of perspectives, and can learn to think for themselves?

What about future scholars and professors — in other words, graduate students? If there’s a tight window on what ideas they can study, is society well-served? No. That’s not how we best gain knowledge. It’s the competition of ideas that allow the best answers, those with the most support from data and from sound reasoning, to rise to the top.

In their fantastic book The Coddling of the American Mind, Greg Lukianoff and Jonathan Haidt say it’s not surprising that faculty lean left. Academia attracts people who are open to new ideas, to challenging traditions. There’s research that shows such people tend to lean left.

But even so, Lukianoff and Haidt write, the left-to-right tilt in academia has become more lopsided as Boomers replaced Greatest Generation faculty. It was a stable 2-to-1 until the late 1990s. It’s now 5-to-1. In the humanities and social sciences, it’s over 10-to-1. Economics is an exception: only 4-to-1. That’s “only” four liberals for every conservative. The imbalance is larger at more selective schools and in New England.

Today, the Boomers aren’t just on faculty. They’re in charge of hiring. Many are bringing in newbies more entrenched in leftward thinking than themselves. Add in the heightened attention to issues of oppression, race and gender in the wake of the BLM and MeToo movements. Many segments of academia are becoming an echo chamber of progressive opining, with others silenced in fear of retribution.

Jordan Petersen felt compelled to step down because many of his graduate students would have a hard time finding work. His point was that Diversity, Inclusivity and Equity (DEI) mandates were leaving even first-rate white, male candidates with a negligible chance at a tenure-track faculty role. If that didn’t sink them, their association with Petersen and his unconventional views would.

Joseph Manson of UCLA retired at a young 62 because the “woke takeover of higher education has ruined academic life.” Manson said his anthropology department remained peaceful until about a decade ago. That’s when newer hires started coming in, representing more extreme leftward leanings, some of which they lied about during interviews. These faculty have now recruited an army of graduate students who share their perspectives, and use their combined power to intimidate others.

Manson describes the harsh treatment of his colleague Jeffrey Brantingham, who had created software to help police predict where and when urban crime was likeliest to occur. For this the department’s Anthropology Graduate Students Association labelled him a racist and alerted UCLA’s Vice Chancellor for Research. Manson writes, “Jeff is not a racist, but a standard-issue liberal Democrat.”

The students didn’t get the formal investigation they hoped for, but they managed to turn Brantingham into a pariah. They pulled some levers to make it harder for students to enroll in the man’s courses. The vitriol was so great that Brantingham stopped attending faculty meetings. Nobody would mention his name publicly. In private, they’d confess he wasn’t getting a fair shake.

A Systemic Issue at UCLA?

Outside the anthropology department, UCLA as a whole is showing all the signs of woke capture that typify the contemporary U.S. university. Emeritus Professor Val Rust (Graduate School of Education) was banned from campus after incurring the wrath of graduate student adherents of Critical Race Theory. Researcher James Enstrom (Environmental Health Sciences) and lecturer Keith Fink (Communication Studies) were fired from dissenting from the woke orthodoxy. Gordon Klein, after being fired by UCLA’s business school in Spring 2020 for refusing to use race-based grading criteria, mobilized mass support and legal assistance, was reinstated, and is now suing the university.

The Klein situation is interesting. In June 2020, a student emailed Mr. Klein, asking him to adjust his final exam requirements for Black students due to the unrest following George Floyd’s death. Just for Black students. Klein thanked the student for the suggestion, acknowledged the tragedy of what Floyd experienced, but declined, citing logistical concerns. For example, how could Klein know who qualified as Black? What about mixed-racial students? What if a student is from Minneapolis, and therefore is more affected?

For not implementing a racial preference, Klein was fired. I hope he prevails in his suit. Think about it: He’s fired for treating his students equally!

Maybe you’re wondering, what if Klein had just postponed the final exam for all students? That probably wasn’t an option for him. Faculty are highly limited in such matters by grading deadlines. Plus, students plan around the final exam schedule from the time it’s published. They have jobs and other obligations thereafter.

It’s Personal for Me

A friend writes that the UCLA situation described by Manson is exactly what a friend is experiencing at UCR. He’s in the sciences, totally different than anthropology. But a little leaven leavens the whole UC lump, I guess.

This is personal for me because I did my graduate work at a UC school. I had a great time. I enjoyed interacting with people who had diverse perspectives. Most were left-leaning, but respectful and friendly enough. We had speakers like Ward Connelly on campus. Connelly is a former U.C. Regent and the founder of the American Civil Rights Institute, a non-profit that opposes racial and gender preferences. There were no protests outside the building. No cancel culture that I ever saw.

I guess I’m getting old.