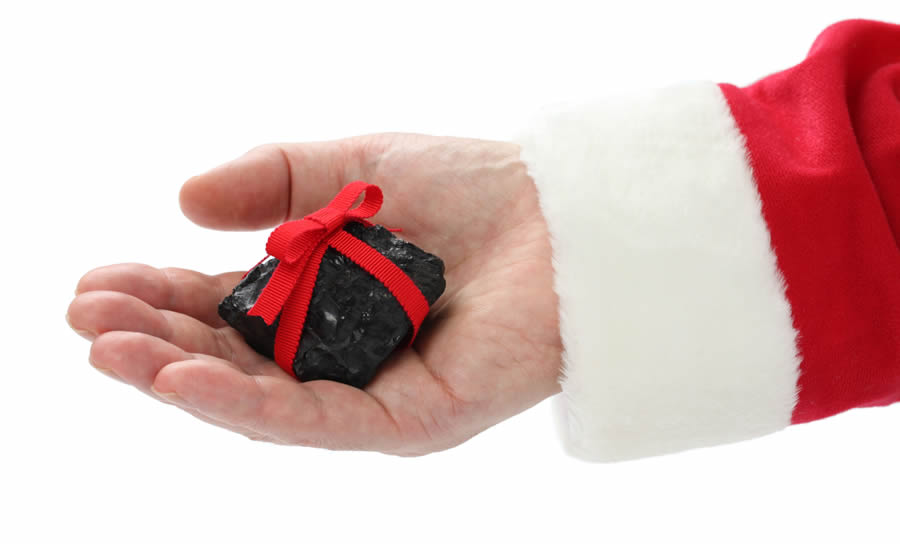 I have many fond memories of watching my children on Christmas Eve as they anxiously awaited Santa’s arrival and the frenzied opening of presents that followed. While most children begin to question Santa’s existence around 7 or 8, many Democrats in Washington are apparently clinging to the idea that the federal government can take on the role of St. Nick. Unsurprisingly, their horrible policy ideas usually end up more like lumps of coal for taxpayers than desirable gifts.

As 2019 comes to an end, let’s review three of the craziest socialist proposals offered this year by Democrats — ideas that don’t belong in anyone’s Christmas stocking. If I could, I’d place them at the back end of a reindeer.

What unites these proposals is how their creators believe the American people are profoundly incompetent and need the federal government to think for them. The left says government knows best and we the people, if left to our own devices, will make disastrous mistakes.

Conservatives believe the exact opposite. People certainly make mistakes, but trial and error is a primary reason the free market economy works so well. Government meddling, needless regulations and higher taxes, cause market sectors to fail. In a free market, people are at liberty to choose what is best for them, and companies must adapt. When governments replace this system with controls and mandates, the results are calamitous.

The Green New Deal is probably the most mind boggling of the ridiculous leftist policy proposals introduced this year. It could cost $90 trillion in the next decade, and the average American family would pay approximately $50,000 annually to fund this scam.

And the Green New Deal is not actually focused on improving the environment, contrary to the apocalyptic claims of its most prominent backer, Rep. Alexandria Ocasio-Cortez. No, the Green New Deal focuses more on changing our lives — how and where we live, the vehicles we are allowed to drive, the foods we eat. Changes that focus more on social engineering than improving the environment. AOC’s former chief of staff, Saikat Chakrabarti, even acknowledged that, “[W]e really think of it as a how-do-you-change-the-entire-economy thing.”

And if the disastrous plan isn’t bad enough, let’s examine another area of our lives where Democrats want full government control — healthcare. Liberals argue private insurance is unfair and that the United States must move to a universal Medicare system, thereby giving the government centralized control over all health services.

Physician Kevin Pham writes, “Under this regime, the government would take near complete control over the 18% of gross domestic product that is health spending. Private spending, which amounts to about 45% of national health expenditures, would collapse.”

Pham says if the Democrat mantra of Medicare for All were to actually become law, “You will not keep your health care plan. You will not be able to find one if you so choose.”

The United Kingdom has a centralized system similar to Medicare for All and, in the U.K., patients wait months for even routine procedures. The British government does not have the same performance-based incentives as a free market and therefore cannot provide adequate or affordable care. In Canada, socialized medical care has patients dying while waiting for lifesaving procedures.

Democrats’ efforts to cap drug prices and confiscate patents — led by the Pelosi drug plan — is another example of the progressive mindset of “Government knows best” politicians.

Failed presidential candidate Sen. Kamala Harris revealed the liberal view of property rights when flatly admitted she favors government theft of patent property when she recently said, “[F]or any drug where they fail to play by our rules … I will snatch their patent.”

Past research reveals how artificial price caps have a devastating impact on innovation. Drug companies invest billions in research on many different kinds of drugs because they know that one successful drug will pay for thousands of other drug trials that never make it to market. Price controls and confiscation of patents on drugs or any product immediately decreases the incentives to invest in the research and development needed to bring lifesaving drugs to market.

The government is not a saint, nor does Washington know best. Supporters of socialism believe the government should decide our fate. But transferring power and decision-making from the people to the government threatens our liberties, erodes our economy, increases consumer costs and reduces choice.

We must allow free markets to prosper so they can provide the innovation and growth our economy needs. If Democrats would agree to help Republicans do that, it would be a great Christmas gift.

Ken Blackwell is a Director of both the Club For Growth and the National Taxpayers Union. He was an adviser to the Trump/Pence Transition Operations and is presently an adviser to Donald J. Trump for President, Inc.