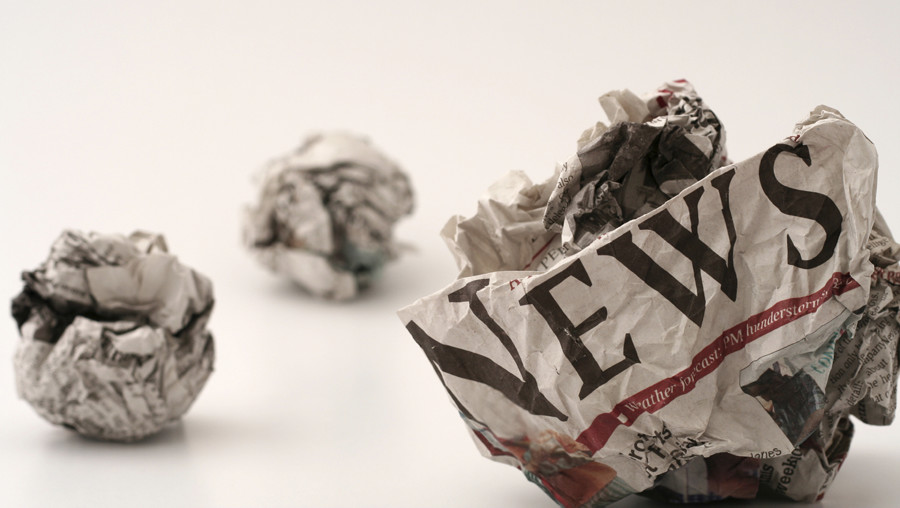 I don’t believe in “fake news.” Sure, sometimes reporters get the facts wrong. But, with rare exceptions, they’re not intentionally telling lies.

The President does no one any favor by declaring the press an “enemy of the people.” This phrase reeks of an accusation of disloyalty to the country. Of actively putting people at risk. Of the need for suppression — after all, what else do you do with an enemy?

Let me tell you what happens when you start making these kinds of accusations.

What Can Happen When Someone Demonizes You

I might well have died that day. I was only one floor away when Floyd Lee Corkins walked into the Family Research Council in August 2012 to kill as many of us as he could.

He did so based in large part on the Southern Poverty Law Center’s declaring FRC a “hate group.” Our crime? Our belief that marriage is the union of one man and one woman. I was then FRC’s senior vice-president and one of the people responsible for such “hate.”

The SPLC’s misrepresentation of FRC led to Corkins nearly murdering my friend, the heroic Leo Johnson. Leo, his arm shattered from a bullet intended for his head, miraculously stopped Corkins. He somehow got the gun away from him and pounded him to the floor. Had he not, many of us would have died.

There’s a good reason President Trump’s attacks on the press have so much traction with so many people.

When anyone, a president or a phony “civil rights” group or anyone else, uses a term that inflames instead of informs, they enter dangerous ground.

Why Journalists Report As They Do

On August 17, hundreds of papers and online websites issued defensive op-eds explaining why they are not adversaries of the people they claim to serve. “The true enemies of the people — and democracy — are those who try to suffocate truth by vilifying and demonizing the messenger,” according to the Des Moines Register.

The editors of the Savannah Morning News called themselves the readers’ “true friend.” They explained: “We don’t always tell you what you want to hear. Our news team presents the happenings and issues in this community through the lens of objectivity. And like any true friend, we refuse to mislead you. Our reporters and editors strive for fairness.”

Well, my friends at the Register and the News, you fail. This self-important, poor-me, “we, the brave journalists of the world” nonsense aggravates far more than it explains. Why? Because these journalists don’t admit their own failings. They present themselves as saints, when they’re sinners like the rest of us.

Journalists truly believe they are being fair, at least many of them do. They think of themselves as neutral observers reporting the facts and helping their readers understand what’s going on. And many do try for neutrality and fairness.

Many succeed — sometimes. But not as often or as well as they think. Why? Their belief-system is such that they filter much of what they hear through the grid of left-of-center or outright liberal political biases.

Most professional journalists graduate from colleges where they are taught not just healthy skepticism but outright cynicism. They are taught not only to question but to sneer. And they’re taught that the people to be sneered at most are those on the right.

They’re also taught that free markets lead not to prosperity but greed. That they’re built on inequality. That capitalism is oppressive by definition. People like Elizabeth Warren are brave warriors for the downtrodden and people like Paul Ryan cackle with glee when they take money from the poor to give it to the rich.

These journalists were taught that America is an imperialistic power that shows contempt for weaker countries. That Republicans care nothing for the poor or for racial minorities. We want immigrants to suffer. We hate Muslims and gays and lots of other people.

This is the way many, many people in the news business think about the world. They think that liberal belief-system is the objective truth and that they’re being neutral and fair when they report stories from that point of view. When they get something wrong, it’s not they’re making up “fake news,” it’s because they’re too biased to see the real news.

Here’s one last thing, and it’s more important than most people realize. The news business is cut-throat. The news is a profit-driven business and the old media have to struggle just to break even and stay in business.

Competition from online news site, blogs, moronic late-night television “comedy” shows full of Lefty agit-prop, and so forth mean that clear and fair reporting can take a back seat to sensation and controversy. Doom and gloom and exaggeration and fear all sell.

7 Presidents Who Were Tougher Than Trump on the Media