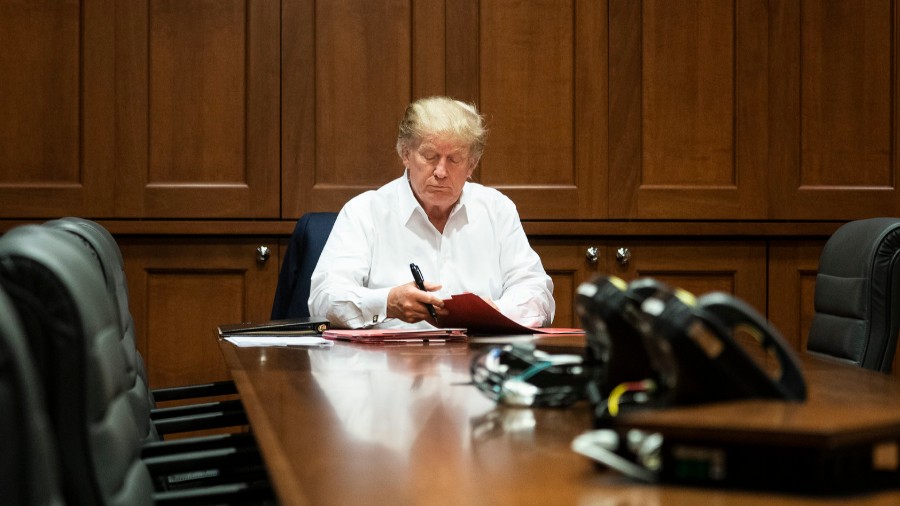 Jim Baker, Twitter’s former Deputy General Counsel, contacted two high-ranking Twitter execs to ask why a tweet by then-President Donald Trump telling people not be afraid of COVID-19 was not found to be a violation of the company’s COVID-19 policy, according to internal documents published by journalist David Zweig with The Free Press Monday.

“I will be leaving the great Walter Reed Medical Center today at 6:30 P.M. Feeling really good!” Trump tweeted on Oct. 5, 2020, signaling the end of a three-day stint at Walter Reed after testing positive for the virus. “Don’t be afraid of Covid. Don’t let it dominate your life. We have developed, under the Trump Administration, some really great drugs & knowledge. I feel better than I did 20 years ago!”

Baker, a former FBI lawyer involved with Crossfire Hurricane, sent the tweet to former head of health and safety Yoel Roth and former legal executive Stacia Cardille asking why the message wasn’t a violation of COVID-19 policy, according to Zweig.

“In short, this tweet is a broad, optimistic statement,” Roth replied, according to Zweig. “It doesn’t incite people to do something harmful, nor does it recommend against taking precautions or following mask directives (or other guidelines). It doesn’t fall within the published scope of our policies. Curious whether you have a different read on it, though.”

34. In a surreal exchange, Jim Baker, at the time Twitter’s Deputy General Counsel, asks why telling people to not be afraid wasn’t a violation of Twitter’s Covid-19 misinformation policy. pic.twitter.com/SxvOKcvaT7

Under pressure from the Biden White House to increase its action against “misinformation,” Twitter executives tended to rule against accounts or tweets that were critical of or contradicted the administration’s stance on COVID-19, Zweig reported.

Dr. Andrew Bostom, a physician and retired Brown University academic, was permanently suspended after receiving five strikes for alleged misinformation, particularly around vaccines, according to Zweig. However, an internal audit conducted by Twitter’s Site Integrity team found that four of the five strikes were invalid and reinstated his account, with the team mandating that all further action against his account would first need to be reviewed by Site Integrity.

The fifth strike against Bostom. which was found to be still in violation, was an April 28, 2022 tweet alleging that the flu was more lethal than COVID-19 in children, while the COVID-19 vaccine was much more dangerous than the flu for children, according to Zweig. Zweig characterized the data presented by Bostom as “legitimate but inconvenient to the public health establishment’s narrative about the risks of flu versus [COVID-19] in children.”

Baker was closely involved in the company’s decision to suppress the New York Post’s story on Hunter Biden’s laptop, alleging that “reliable cybersecurity experts” were questioning the story’s authenticity and pushing back on Roth’s initial claim that the story was not violating any of the platform’s rules. The same day Twitter opted to ban the story from its platform, Baker took a private phone call with the Office of the General Counsel of the FBI, according to Twitter communications.

Twitter and the White House did not immediately respond to a Daily Caller News Foundation request for comment.