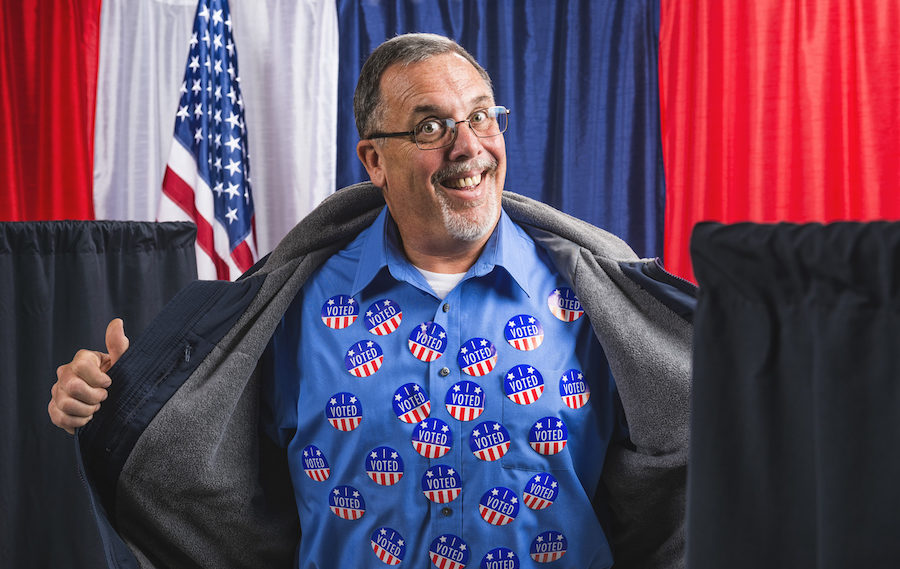 Democrats want the presidential election conducted completely by mail. They say this will save lives by keeping people socially-distanced. It will help older and sicker citizens feel safe in voting.

Several Democratic U.S. senators have drafted a bill to assist states carry it out. It is the Natural Disaster and Emergency Ballot Act (NDEBA) of 2020. Sen. Elizabeth Warren goes even further. She proposes that a mail-in ballot be automatically sent to every registered voter in the country.

Voting and saving lives. That’s all the Democrats want, right? Well, no. But it’s still a good idea, right? Again, no.

Several states postponed their presidential primary elections due to the coronavirus. They are encouraging people to vote by mail. No one really objected. Social distancing is still in effect. No one worries about fraud because Donald Trump will win the Republican primary and Joe Biden will win the Democratic primary.

What’s controversial is making everyone vote by mail in the general election. It’s not needed. By early November, social distancing should be mostly gone. People will be getting out again. If people can go to the restaurants and the shops, they can go to the polls.

Worse than not needed, it would undermine our democracy. The election will be so contentious between Trump and Biden that voter fraud is expected.

How would voting by mail make voter fraud easier? By not requiring an ID. All a fraudster has to do is get ballots from people who aren’t voting, or who think they’re being helped with voting. That’s called “ballot harvesting.” Anyone can return a signed and sealed ballot to election officials.

The GOP is skeptical that the ballots were really filled out by the person the ballot was intended for. The party suspects that some activists aggressively collect numerous ballots. This is also one way votes are counted from dead people.

Trump opposes voting by mail. “Mail-in voting is a terrible thing,” he said. “You get thousands and thousands of people sitting in somebody’s living room signing ballots all over the place.”

Republicans should fight very hard when it comes to state wide mail-in voting. Democrats are clamoring for it. Tremendous potential for voter fraud, and for whatever reason, doesn’t work out well for Republicans. @foxandfriends

GET RID OF BALLOT HARVESTING, IT IS RAMPANT WITH FRAUD. THE USA MUST HAVE VOTER I.D., THE ONLY WAY TO GET AN HONEST COUNT!

The mainstream media asserts that there is little fraud with vote by mail. They claim Trump is pushing false claims of mail-in vote fraud. They frequently point to just one example to claim it’s rare. It conveniently involves a GOP congressional candidate.

They ignore lists of election fraud, such as this one created by the Heritage Foundation. It contains numerous criminal fraud convictions related to voting by mail. It doesn’t even claim to be a comprehensive list. There are probably far more crimes. Trump’s re-election team also provided a list of mail-in vote fraud to CNN’s Jim Acosta after he expressed skepticism.

Voting by Mail Fraud Produces the Most Common Voting Fraud

Richard L. Hasen, an elections expert and University of California law professor, said “the most common type of such [vote] fraud in the United States involves absentee ballots.” Charles Stewart III of the Massachusetts Institute of Technology agreed.

The four submitted applications with forged signatures, changed some of the information on the applications, and resubmitted them without knowledge of the voters. They then either intercepted the ballots as they came in the mail or pretended to help the elderly voters fill them out.

The Attorney General’s Office called it major organized crime. The office said the women were part of a larger group that was filling out hundreds or even thousands of ballots.

An author writing at Inside Sources last week explained how she made up a fake name and easily got a ballot to vote by mail. She says states don’t have any way to check and see if an American citizen with a particular birth date exists.

Catherine Engelbrecht, founder of True the Vote told me, “Forcing the country into an all mail ballot election would cause unprecedented levels of chaos, which is the whole idea. Every ballot that doesn’t reach the intended voter, that is rejected due to a technicality in penmanship, that is illegally harvested, that isn’t delivered in time, that is fraudulently cast … every one dilutes the voice of America by robbing legitimate voters of their opportunity to be heard.”  True the Vote was targeted by the IRS’s Lois Lerner in order to destroy them. I’d never even heard of them until the IRS targeted them. What does that tell you?

Republicans also don’t like the federal government interfering with state election laws. It goes against their Tenth Amendment views of federalism.

Congressional Democrats tried to include an expansion of voting by mail in the recent $2 trillion stimulus package. The Brennan Center for Justice, a strong proponent of voting by mail, says a nationwide expansion would cost $2 billion, but only $400 million was approved for the purpose. House Minority Leader Kevin McCarthy said it was “disgusting” that Democrats would hold up the coronavirus stimulus bill in order to change election law.

Texas Sen. John Cornyn pushed back against the effort. Since people “can go to the grocery store, they can go to the polls,” he said.

Five states — Colorado, Hawaii, Oregon, Utah, and Washington — already mandate that all elections be conducted by mail. In two-thirds of states, voters can request an early ballot without providing a reason.

Mail-in ballots favor Republicans over Democrats, because more elderly people use them than anyone else, and that demographic skews Republican. (I discovered that while working as the attorney for the Maricopa County Elections Department.) Democratic vote fraud could erase this difference and possibly tip elections to Democratic candidates. As Trump warned on Fox & Friends,  if the entire country voted by mail, “you’d never have a Republican elected in this country again.”