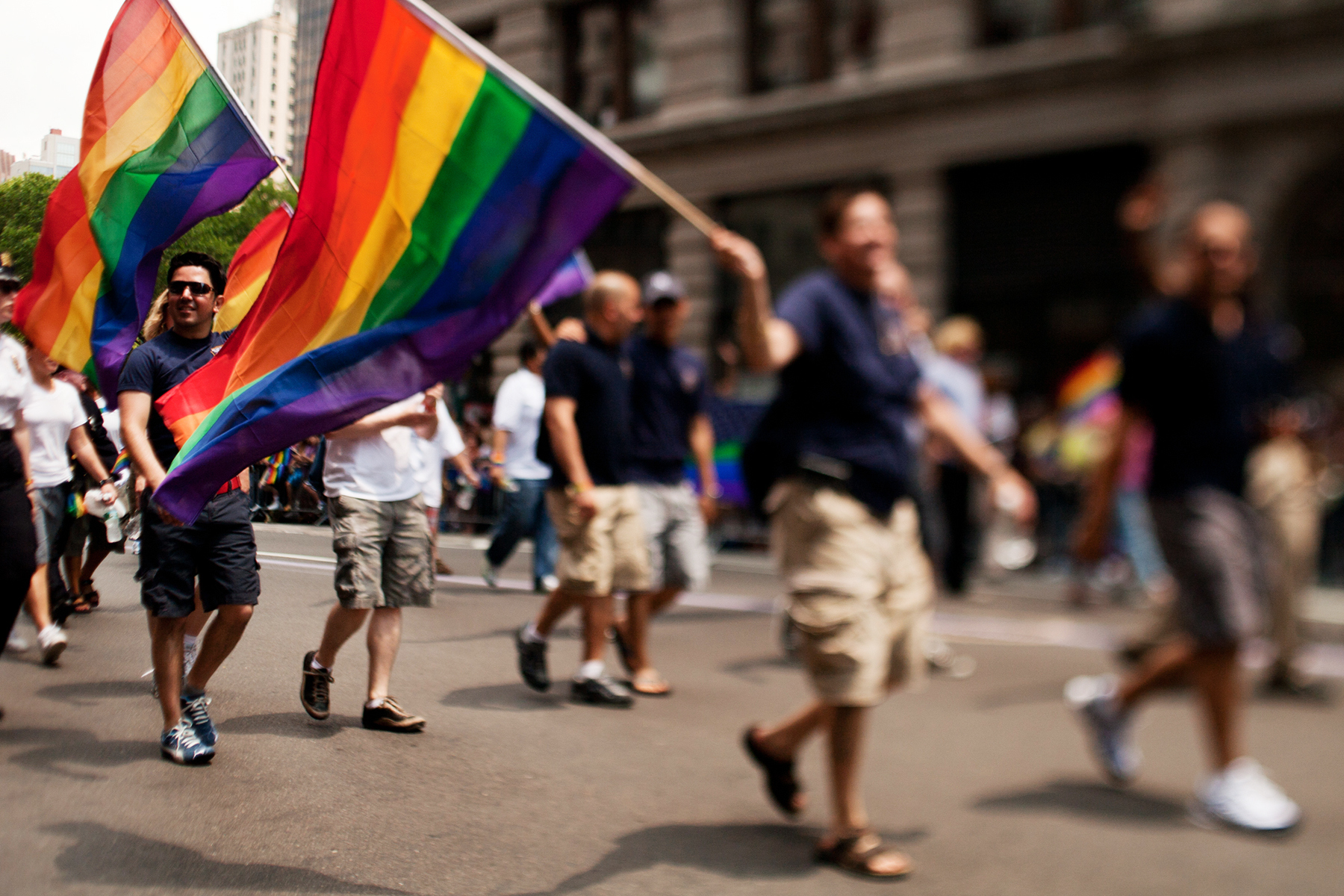 In response to a tweet about my article, “Yes, Gay Activists Are After Your Children,” a woman named Kathryn Brightbill responded, “You’re so ridiculously paranoid, why, it’s almost like you’re projecting the religious right’s targeting of children on everyone else.”

Because she had a serious bio, identifying herself as an LGBT “Board member & Leg Policy Analyst,” I decided to engage her. What follows is our Twitter interaction, verbatim.

MLB: When there’s a thunder storm, it’s not being paranoid to say it’s raining. But in candor, your tweet seems like projection to me. So, let’s deal with substance. Please point out to me any source that I manufactured in my article. It’s all quite accurate.

KB: Says the guy who’s part of the religious right, an entire movement centered on turning children like me into foot soldiers for theocracy.

MLB: Actually, I don’t work with anyone who wants anything resembling a theocracy, as I’ve stated time and time again. Does truth matter to you? From your bio here, I’d expect some substantive interaction, not throwing out empty (and false) rhetoric. Show me what I misrepresented. And show me where I have ever in 40+ years of ministry advocated for any kind of theocracy.

KB: Your entire movement is trying to implement a theocracy and you’re targeting queer kids in the process because you’re soulless evil.

MLB: So, you repeat your lies and buttress them with vicious insults? I truly expect better of people, perhaps wrongly so. Extraordinary.

KB: You’re adorable. Just because you say it’s not a theocracy doesn’t mean you’re not trying to make your anti-LGBT beliefs have force of law.

MLB: I might [as] well as say to you, “Just because you didn’t threaten to shoot me tonight doesn’t mean you don’t intend to.” Meaningless rhetoric.

KB: Now you’re implying I’m threatening you as a rhetorical device. You’re sick and dishonest and you need to reevaluate your life. Goodnight.

MLB: Wow, wow, wow. What an incredibly revealing interaction. I speak the truth to you and ask for substance, you reply with lies & venom. Clear.

KB: Just because you call something lies and venom doesn’t make it so, dearie. Maybe you should stop implying someone might make threats.

MLB: Fact: You’ve stated lies about me repeatedly. Second, I used an illustration to make a point of putting words into people’s mouths.

KB: Your entire career is one giant mass of lies about LGBT people, it would take all night to scratch the surface.

MLB: First, most of my ministry activity doesn’t focus on LGBT people. Activism came to my door, and I respond[ed]. Second, show me just 1 lie. All I hear from you is invective, false accusations, & hyperbole, while I keep giving you the benefit of the doubt & waiting for substance.

KB: You repeating over and over that we’re recruiting children is a damn lie and a sick one. You need to repent of your lies about LGBT people.

MLB: So, you do NOT like what all the gay educators have been doing for years, as cited in my article? You OPPOSE GLSEN? I didn’t know that. As for “the religious right” indoctrinating kids, we want to teach our own kids about our faith. We’re not trying to teach your kids. OK?

KB: If you want to talk indoctrination, let’s talk about the right brainwashing LGBT kids to hate themselves and driving them to suicide.

MLB: You didn’t answer me. Do you NOT support GLSEN? Do you NOT support those I quoted in my article? As for the message we bring to LGBT kids, it is one of the greatness of God’s love, that we’re created in His image but fallen, and that Jesus died for our sins and will deliver us from suicide and depression and fear. He does it all the time! It’s a message of life.

KB: Just because you believe in brainwashing kids and not letting them think doesn’t mean others do too.

MLB: What brainwashing? What are you talking about? And do parents NOT have the right to teach their kids about God?

KB: If your “faith” teaches LGBT kids that their God hates them, it’s an apostasy from the pit of hell.

MLB: My faith doesn’t teach that, and I have told the opposite to LGBT’s for years. Why do you keep manufacturing lies? Please deal with truth.

KB: Yes, it does. Or do you need me to quote back the tweet where you described being gay as “fallen”? We both know what that means.

MLB: Every human being is fallen! I’ve said that 10,000 times. We’re ALL fallen and broken and in need of a Redeemer. You’re projecting again.

KB: Besides, you know full well that’s not just what the right does. You try to turn us into brainwashed political footsoldiers. I lived it.

MLB: I’ve been following Jesus for 45+ years & haven’t the slightest clue what you’re referring to. Once again, you’re projecting. What if I tell you, “You know full well the left is setting up concentration camps for the right”? How would you respond? You’re doing this. If you were hurt personally, I’m sorry for that, but don’t broad brush millions of good people. Tonight, here, the hate’s not coming from me.

MLB: Dude? Please. And I’m not playing dumb. We teach kids to love Jesus and love others. You call it “religious right footsoldiers.” What if I looked at how you raise your kids and came up with some gruesome description like, “godless terrorists”? You’re doing that.

KB: Dude, I lived it. I was trained to be a good little religious right foot soldier, but thankfully your side failed miserably.

MLB: I know folks raised by lesbians and it messed up their lives, then Jesus changed them. Do I demonize all lesbians then? You demonize us.

KB: I love how you’ve once again brought up accusations of violence as a rhetorical device. You’re quite the slippery fish.

MLB: You’re implying ugly & false things about me & you can’t get through one tweet without an insult. The junk is in you, not me. Think about it.

KB: I answered your questions, but you’re too busy indoctrinating and brainwashing church kids to see that you’re projecting. Goodnight. #done.

MLB: First, how am I indoctrinating church kids when I’m interacting with you? Second, to be clear, you OPPOSE GLSEN & those I quoted?

And that was the end of our exchange. I did, however, check her tweets the next day, from which I learned that she was involved with Operation Rescue as a child, hence the reference to “religious right footsoldiers.”

The Day the Jesus Movement Caught Up to Me

A Short Primer on Homosexuality and the Bible