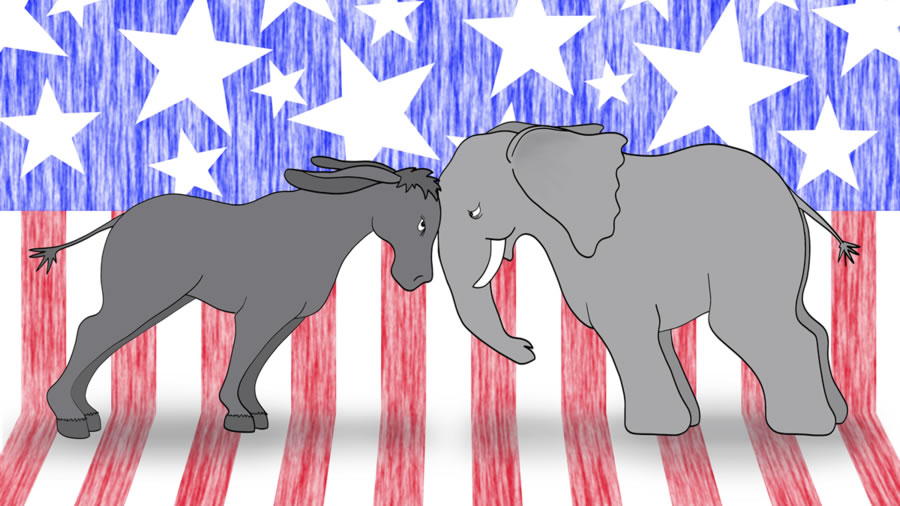 Don’t fool yourself; the Democrats and the mainstream media don’t want to cancel the next two presidential debates because they are worried about Americans’ delicate sensibilities. Are you kidding me? They know that the ailing Joe Biden is hanging by a thread, and they’re scared.

Even if they believe Biden won the debate, as they claim, they know it was only by default — because of a possible negative reaction to Donald Trump, as opposed to anything impressive coming from Biden.

Biden Doesn’t Have the Juice

They’ll do everything they can to avoid Biden taking the risk of being blown out of the water in upcoming debates. They understand Biden doesn’t have the juice, the ideas or the record to win a debate against Trump on his own. Without help from Trump, future moderators or the post-debate media chorus, Biden can’t win.

Granted, even some Trump supporters think Trump helped Biden out by being rude and interrupting too much. But former George W. Bush aide Ari Fleischer observed that Biden started it. Let’s also recognize Biden’s rudeness in telling Trump to shut up, calling him a clown and the worst president we’ve ever had, and again falsely smearing him as a racist. Yet Biden gets a complete pass for his rudeness. It’s almost as if the media were biased or something.

Trump Did His Homework

Try to put yourself in Trump’s shoes going into this debate. He has been ceaselessly and unfairly maligned for four years. He’s naturally going to be loaded for bear. Plus, he and his team do their homework. They know how Biden mocked, bullied and interrupted Paul Ryan during the 2016 vice presidential debate. They saw what happened when Ryan allowed himself to be steamrolled by the “empathetic” Biden.

Maybe Ryan figured it was better to appear above the fray than to fight back — an attitude that he may have acquired from his running mate, Mitt Romney, who all but threw in the towel after destroying then-President Barack Obama in the first debate. But playing nice for the sake of accolades and at the expense of the nation are not in Trump’s DNA. His team surely told him he couldn’t afford to let Biden run over him with insults and innuendo, and should instead be himself and play offense.

Spare Us the Fake Shock

If you think he went too far, fine. But could the Democrats, the media and never-Trump Republicans please spare us the fake shock over Trump’s debate conduct, as if they had expected him to have a personality transplant and behave like George McFly? They know better. They’re not appalled; they’re posturing.

Their post-mortem would have us believe Americans are too weak to endure more debates. Quit treating the people like babies. Voters can handle a little conflict. Those who can’t are perfectly free to not watch next time.

Those claiming that Americans were traumatized by a contentious debate are the same ones who are telling you to look the other way while their beloved leftist anarchists burn the country down. They’re the ones wanting to defund the police. An unruly debate is a threat to the republic, but the agitating, looting, arsonist Marxist antifa movement is just an innocuous idea.

In the meantime, don’t be sucked in by the left’s glowing assessment of Biden’s performance. If leftists felt good about it, they’d be begging for five more debates instead of praying for a plausible excuse to cancel the next two.

Biden and his handlers know that Trump has implemented an array of successful policies, that he built a phenomenal economy before COVID-19 and is already doing it again, despite Democratic resistance to responsibly reopening the economy. They also know that Biden’s agenda is extraordinarily confused and problematic.

Biden outright lied in denying his support for the Green New Deal, as anyone with access to a computer can discover with a quick trip to his campaign website. He lied because he couldn’t afford to admit backing such a preposterous plan. Trump wasn’t exaggerating that it carries a $100 trillion price tag — for real, to quote Biden.

Actual support for this monstrosity would be political suicide if the public fully understood what it entails. Biden better keep lying about it if he wants to stay in the race. Further, Biden refused to answer whether he’d pack the Supreme Court, because he knows that answering either way involves great political risk. (Say what you want about Trump, but you know where he stands on the issues, while Biden’s finger remains hoisted in the wind.)

Proof that Biden and his party have no answers to America’s problems is their nonstop racial smears. Don’t be surprised to see Democrats and the media disgracefully demand 20 more times that Trump denounce white supremacists but make no corresponding call for Biden to denounce the real instigators of violence, who are on the political left.

Democrats are Thrilled With the Diversion

So be upset over Trump’s excessive interruptions if you choose, but don’t let the left blow this sideshow out of proportion.

Democrats are thrilled with this diversion, ecstatic that they can talk about Trump’s rudeness instead of the candidates’ respective agendas, because there is no way, even today, that Americans will knowingly choose socialism and tyranny over capitalism and freedom; anarchy over law and order; judge-made laws over the Constitution; and deliberate racial division over honest aspirations for racial colorblindness.