Donald Trump, President of the United States by the Sovereign Intervention of God

If God has raised Trump up for certain divine purposes, it behooves us to ask what those purposes are — and to pray for divine restraint on his life. 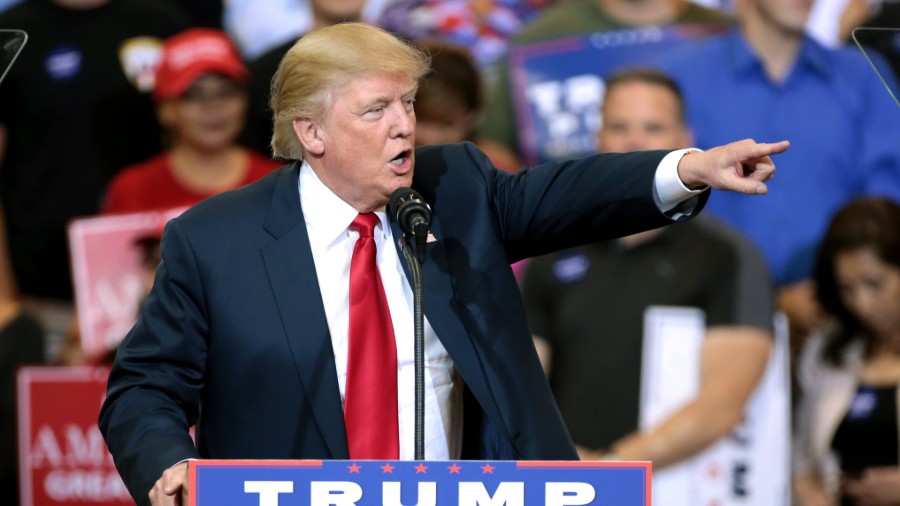 As the political pundits weigh in on the many sociological and ideological factors that contributed to Donald Trump’s stunning victory, allow me to weigh in on the spiritual side of things.

I believe Trump has been elected president by divine intervention.

I’m aware, of course, that some people believe that everything happens by the will of God, which means that whoever wins the presidency wins by God’s express will.

Yet there are times when there are so many odds against something happening, when it so greatly defies logic, that it is easier to recognize God’s involvement.

That, I believe, is the case with Donald Trump winning — and remember, this comes from someone who endorsed Ted Cruz and was one of Trump’s stronger conservative critics during the primaries.

Just think of the obstacles Trump overcame, including: 1) The massive baggage of his past, including the release of a vulgar video with his tremendously offensive sexual comments along with numerous women accusing him of sexual assault (as reported by no less than the New York Times); 2) his myriad campaign errors, with enough misstatements and inappropriate remarks to sink several candidates; 3) a very strong Republican field, including governors like Bush, Christie, Kasich, Huckabee and Walker, senators like Cruz, Rubio and Santorum, and outsiders like Carson and Fiorina; 4) the massive power of the Clinton political machine; and 5) the overwhelming collusion of the mainstream media.

There are times when there are so many odds against something happening, when it so greatly defies logic, that it is easier to recognize God’s involvement.

To be sure, some will say, “Yes, God has raised up Donald Trump, but it is to judge America, not bless America. He has given us what we deserve, and it is not good.”

That is certainly a possibility, and either way, Trump’s many negative qualities are still glaring and our nation remains terribly divided.

But if, indeed, God has raised Trump up for certain divine purposes, it behooves us to ask what those purposes are.

Jeremiah knew very little about Trump when he wrote these words:

I was in a time of prayer several weeks ago when God began to speak to me concerning the destiny of Donald Trump in America. The Holy Spirit spoke to me and said, “Trump shall become My trumpet to the American people, for he possesses qualities that are even hard to find in My people these days. Trump does not fear man nor will he allow deception and lies to go unnoticed. I am going to use him to expose darkness and perversion in America like never before, but you must understand that he is like a bull in a china closet. Many will want to throw him away because he will disturb their sense of peace and tranquility, but you must listen through the bantering to discover the truth that I will speak through him. I will use the wealth that I have given him to expose and launch investigations searching for the truth. Just as I raised up Cyrus to fulfill My purposes and plans, so have I raised up Trump to fulfill my purposes and plans prior to the 2016 election. You must listen to the trumpet very closely for he will sound the alarm and many will be blessed because of his compassion and mercy. Though many see the outward pride and arrogance, I have given him the tender heart of a father that wants to lend a helping hand to the poor and the needy, to the foreigner and the stranger.’

Obviously, Trump’s policies regarding immigration would seem to contradict the final sentence here, but if the rest of this proclamation is true, then perhaps this part will prove true too as well.

Second, consider the perspective of Dr. Lance Wallnau, a Christian speaker and leadership coach who often thinks outside the box. He too felt that God was raising up Trump to be a Cyrus-type leader — someone used by God to help the nation, even though he himself was not a believer — feeling directed to read a passage from Isaiah 45 to Trump (this passage speaks of Cyrus), and say that Trump was called to be the 45th president of the United States.

Wallnau believes that God is using Trump as a “wrecking ball to the spirit of political correctness,” claiming, “His emergence is such a destabilizing threat to the vast deal making machinery embedded in both parties that he has the unique distinction of being rejected by both liberal Democrats and establishment Republicans at the same time.”

In Wallnau’s words, Trump is God’s “chaos candidate.” (For my 90-minute interview with Dr. Wallnau on this subject, where he took calls from critics, see here.)

If, indeed, God has raised Trump up for certain divine purposes, it behooves us to ask what those purposes are.

But here is the major caveat, even if all (or most of these things) are true: If Trump, indeed, is a divine wrecking ball, then he could do as much as harm as good, and to the extent that he is appealing to the fears and frustrations and anger of a nation, he is channeling some potentially dangerous emotions.

That means that we should pray that: 1) he will continue to surround himself with solid men like Mike Pence, his Vice President, or Rudy Giuliani, possibly his Attorney General ; 2) he will listen to the godly leaders who have been speaking into his life, like James Robison and Tony Perkins; 3) he will humble himself, recognizing that the pride that has brought him this far is the pride that could destroy him; 4) he will keep his word about the Supreme Court justices he will nominate; 5) he will not compromise the Republican Platform in some misguided effort to prove his moderation; 6) he will do his best not to alienate those who are horrified by his presidency, instead pledging to be the president of all Americans (that would mean, for example, declaring war on radical Islam without declaring war on all Muslims); 7) he will demonstrate that he will ultimately help our nation as a whole (for example, with good economic policies or by proposing something better than Obamacare); 8) he will learn to act presidential (rather than vengeful and impetuous) on both a national and international level.

In short, if Trump indeed is president by divine intervention, we should pray for divine restraint on his life as well, lest this divine wrecking ball wreak havoc on the nation while tearing down what is wrong. May he be a divinely guided wrecking ball!