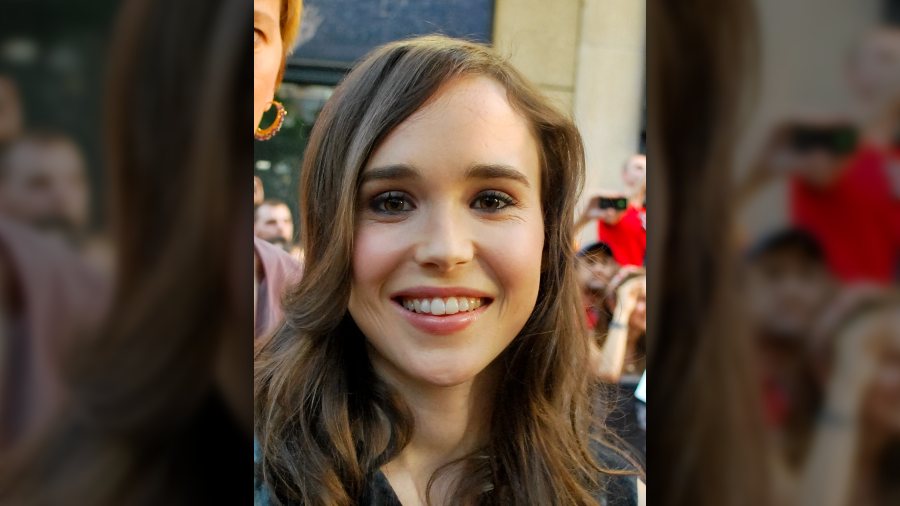 Actress Ellen Page has made a momentous decision. She now identifies as male, and calls herself “Elliot.” And wants us to use male pronouns for her. (In some countries, her wish is in fact a matter of law — as it soon might be in America.) Just by showing up, the chronically dysthymic Ms./Mr./Mx. Page has managed to make the whole transgender tragedy even more depressing than it was. Thanks, ma’am/man!

I generally think it’s polite to call people what they prefer, even if it’s “Rhubarb” or “Throatwobblermangrove.” But I have some questions first. A lot of questions, actually.

For instance, what should we say to people like Becket Cook here?

So, Ellen Page can suddenly become “Elliot Page,” but my choice to no longer identify as gay because I follow Christ is anathema. 🤔

The Stream’s own Joseph Sciambra explored this question at length: Why should “science” and the law consider sexual temptations as fixed and unchangeable, but one’s gender absolutely fluid?

I have more questions, however. Is Ellen saying she has ceased to be a “woman”? And become a “man”? I’d like to know how this works. In fact, I insist on knowing precisely what our new Woke religion’s dogma concerning “gender” teaches. If you’re going to have an inquisition punishing folks for heresy, it only seems like common courtesy to explain what orthodoxy is. But that implies that the Woke position is in fact coherent, that the words used in explaining it have any meaning at all.

Which I’m not so sure about.

In Woke circles you must not use “woman” to refer to someone’s biological makeup, physical structure, or capacity to become pregnant. All that grossly mammalian business is somehow icky, beneath us. Why should we as spirits with infinite potential (or something) be defined by our toilet functions, or the oozing, smelly business of mere reproduction? Gnosticism, the ancient heresy that treated bodily existence as of the devil, and offered salvation by secret knowledge to a certain “awakened” (i.e., Woke) elite, has risen from its grave.

It’s true that on Mondays, Wednesdays and Fridays, these same people insist that we are merely trousered apes, the fruit of cosmic happenstance and the ruthless struggle of animals to survive and reproduce. But on Tuesdays, Thursdays, Saturdays and Sundays we are transcendent cosmic magical creatures free to choose among 47 genders. Unlike every other animal on earth. But remember, we’re nothing special, because God didn’t make us. Have you got all that clear, kids? It will be on the state-wide AP test, so write it down.

Are Vulvas Still Manufactured in Sweden?

That’s why we now see writers who internalized the memo using formulations like “vulva owners” and “menstruating people.” I for one would like to know if all Vulvas are still manufactured in Sweden, and if they still have the best heaters but the worst air conditioning. But I don’t know who to ask. Nobody seems to be in charge of this 47-ring circus. We just get new rulings, new demands, popping out of the ether, and all we’re supposed to say when they tell us to jump is “How high, Xir?”

Let me violate good Gnostic manners and ask a few vulgar questions. Is Page going to have her perfectly healthy breasts removed? Will Page use some crude simulacrum of male genitalia to render her lesbian “marriage” now suddenly heterosexual? Will Page dose herself with male steroids, and undergo all the health risks? I hope none of the three, for her sake.

No Need to Reroute the Pipes

But we know that none of these things are necessary for greedy, shameless biological males who wish to scoop up all the prizes in women’s sports. Or lurk in their locker rooms. Or leave a male prison where they’re locked up for raping women, and move to a prison full of women whom they can rape.

No, precisely because biology is irrelevant, you need do none of these things to be a “trans.” You just need to … declare it, and everyone else must honor that choice. But what are you choosing, exactly? If you’re not making dangerous, destructive efforts to mutilate your body, what are you doing? What are you identifying with, or as, and how?

If the capacity for real motherhood or fatherhood is not part of “gender” then what is? Lipstick, high heels, and a high-pitched voice on the one hand — and lumberjack shirts, work boots, and unashamed farts on the other? By “identifying” as some gender at odds with your genitals, are you simply indulging a stereotype? If so, must strangers honor that? Must we blow up women’s sports, strip women of privacy, and subject some to physical danger (like the fellow prisoners of a suddenly “female” rapist, or girls on a rugby field mowed down by a 6’ 3” “girl”)?

Freedom is the Freedom to Say “Bruce Jenner”

All so that a few mentally ill people can LARP? And we as a society have to nod along with them and agree to pretend to believe them? At this point I insist on saying two things: “No,” and “Hell, no!” A society that can force us to say that Bruce Jenner is a woman and Ellen Page is a man can force us to say anything at all. Including that 2+2=5. And I think that’s really the point. Our elites are forcing us to repeat such blatant nonsense for only one reason: to flex their muscles, test their power, and prove that they can.

As most of us experience life, there are only two sexes, male and female. If there’s a third, it’s one we silently think of as  “Ewwwww!” People who through no fault of their own look very androgynous are unfortunate, and carry a cross. They suffer one of the after-effects of the Fall of man, as do people born without eyes, or afflicted with mental illness. We have no right to treat them cruelly. But it’s literal, textbook madness to remake our words for the whole human species to cater to sad delusions.

I won’t do it, no Xir, and neither should you.