When Doctors Warn Patients About Obesity are They Guilty of ‘Fat Shaming’? 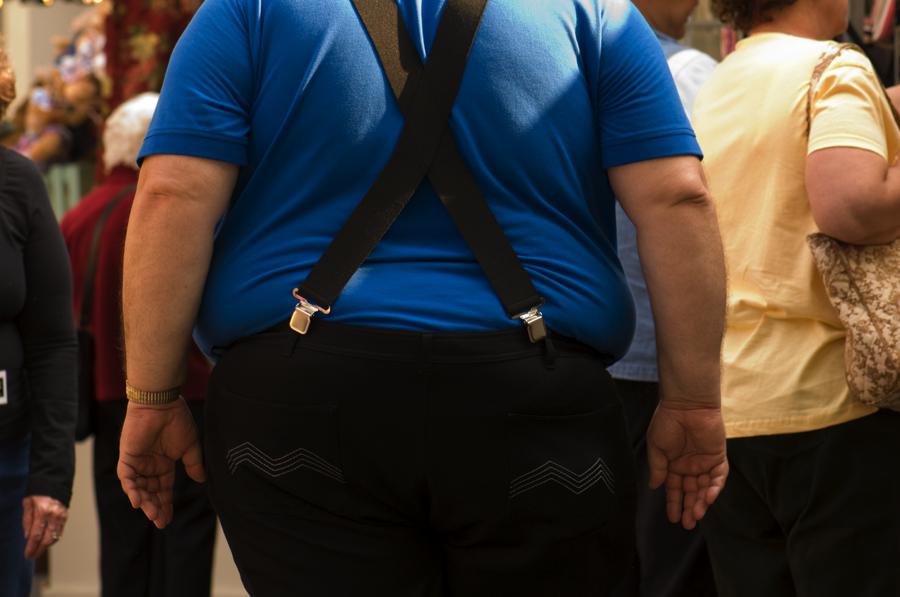 Are doctors hurting their obese patients when they urge them to lose weight? Are they engaging in harmful “fat shaming”? According to psychology professor Joan Chrisler, “medical fat shaming” at the doctor’s office is “mentally and physically harmful.”

As strange as this sounds, Prof. Chrisler is not alone in making this claim. As ABC News reports, “The practice of fat shaming at the doctor’s office can be harmful to both the mental and physical health of a patient, according to a comprehensive new review of research published Thursday.” Chrisler and fellow Connecticut College researcher Angela Barney reviewed 46 past studies. They concluded, “Disrespectful treatment and medical fat shaming … is stressful and can cause patients to delay health care seeking or avoid interacting with providers.”

What is “Medical Fat Shaming”?

What exactly is “medical fat shaming”? It is when a doctor tells a patient that they need to lose weight to improve their health.

But isn’t that what doctors are supposed to do? Aren’t they supposed to diagnose the patient’s condition and tell them how to get better?

When I was overweight, a chiropractor told me that my back problems would disappear if I lost 30 pounds. Was that fat shaming? (For the record, he was right.)

A sleep doctor told me that if half of his patients lost 100 pounds, their sleep apnea would be cured. Was that fat shaming? (In my own experience, after losing 95 pounds, my sleep apnea was cured.)

A very obese couple in their 60’s told me that their doctor warned them strongly that they had to lose weight if they wanted to see their grandchildren grow up. Was that fat shaming? (I fear that here too, the doctor was right.)

Award-winning psychotherapist Dr. Michael Hurd put it this way: “But why does one go to the doctor? To get the truth … or to feel better about oneself? And of what value is feeling better about oneself if it’s based on a lie, or an evasion of the facts? How do we expect doctors and nurses to do their jobs if they don’t weigh you? These same patients are ready to sue the doctors and nurses at the drop of a hat, for not properly doing their jobs. And now we condemn them for weighing their patients in the doctor’s office, when failing to do so will make doing their jobs properly even harder.”

Having been overweight most of my life (until the last three years), I know how hard it can be to lose weight. And being overweight is something we can’t hide, as opposed to other struggles in our lives. Plus, there are numerous reasons for weight gain, ranging from having babies to poor eating habits, and from depression to thyroid issues.

That’s why when my wife Nancy and I wrote Breaking the Stronghold of Food we stated plainly that our book was a “no condemnation zone.” We didn’t want people to feel anymore guilty than they already did. We also knew full well that there are gluttons who are thin because of their metabolism while there are people who are disciplined in many ways, but struggle with food. And above all, we knew that a person’s value is not determined by their good looks or great physique.

At the same time, we knew that obesity was far deadlier than alcoholism and cigarette smoking combined. We knew that obesity (and/or poor eating habits) diminishes our quality of life in many tangible ways, and that most people who are overweight do not like being heavy. And for those who are spiritually minded, it is also a matter of glorifying God: Am I bringing honor to Him by digging a premature grave with forks and knives? (Hat tip to Dr. Joel Fuhrman here for that vivid imagery.)

Let’s Chew on This Study

The ABC News story noted that the review “looked doctors’ biases towards obesity and also compared patients’ reports of fat shaming from their doctors with their health outcomes. Researchers found that fat shaming from a doctor can take a significant negative toll on a patient’s health, as it can lead to decreased trust in their healthcare provider.”

If I’m reading this correctly, what I’m hearing is this: Patients have a negative emotional reaction to doctors who tell them the truth.

Let’s also unpack some of the terminology used. When the article refers to “doctors’ biases towards obesity,” it really means, “doctors’ knowledge of the correlation between obesity and a host of destructive medical conditions.” When it refers to “patients’ reports of fat shaming from their doctors,” it really means “patients’ reactions to doctors telling them they really need to lose weight.”

As for the patients’ “decreased trust in their healthcare provider,” would they trust their doctors more if those doctors prescribed medicine laden with side-effects rather than weight loss? Which doctor is helping more, the one who puts you on dangerous drugs to reduce your high blood pressure, or the doctor who recommends healthy eating and exercise?

In his bestselling books The End of Dieting and Eat to Live, Dr. Fuhrman pointed out what is common knowledge in the medical profession, namely, some of the major health risks of obesity.

Is Dr. Fuhrman guilty of fat shaming, or is he helping people save their lives?

More Americans Are Accepting Being Obese. We Shouldn’t

Ironically, just last month, another study was released, indicating that, “Fewer overweight Americans have been trying to lose weight in recent years, and researchers wonder if fat acceptance could be among the reasons.”

As explained by the study’s lead author Dr. Jian Zhang, “Socially accepted normal body weight is shifting toward heavier weight. As more people around us are getting heavier, we simply believe we are fine, and no need to do anything with it.”

Put another way, as the obesity epidemic increases in America (and other nations too), we are becoming more at home with it.

That is bad enough. But it is even worse when some psychologists warn against the danger of “medical fat shaming,” as if doctors were ridiculing their patients for being fat.

I strongly doubt that is the case. I’ve never met a doctor who mocked his or her patient’s weight. And since most doctors are not well-trained in nutrition, they probably warn against obesity too little rather than too much.

As for Dr. Chrisler and her study, I have two main takeaways:

First, if you have a medical condition, go to a medical doctor, not a psychologist. And if you’re overweight and the doctor recommends weight loss, remember that the doctor is your friend and ally, not your enemy.

Second, if you feel emotionally damaged or need help addressing the root cause of your overeating, don’t go see a psychologist who will tell you, “You have every right to be upset with your doctor.” See one who will tell you the truth, even if it hurts. That truth might just save your life.