Democratic Convention Underway, But Big Star AOC Is Pushed to the Sideline

The theme is "Unite America." No, really. 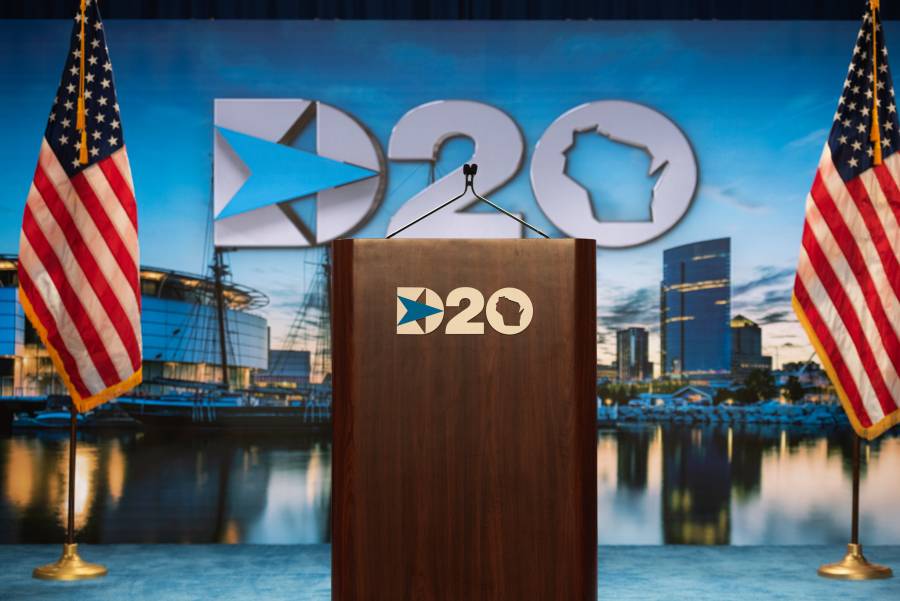 The Democratic Convention gets underway today in Milwaukee. Barring a last-minute fake out, the presumptive nominee Joe Biden will not be there. He’ll be delivering his acceptance speech from his home state of Delaware.

That’s not too much of a surprise. If Biden spent any more time cocooned he’d morph into a butterfly.

What is surprising is Alexandria Ocasio-Cortez is mostly being silenced. She’s reportedly getting a minute. That’s nothing. That’s two My Pillow commercials. Given her power in the party, given her role in shaping the policy “compromise” between Biden and Sanders, not having AOC featured at the DNC Convention is like not having engines at a car show. It’s like not bringing a basketball to the NBA playoff bubble. It’s presenting a fraud.

Does anyone really, truly think the bitter, ex-Republican governor of Ohio, John Kasich, is a more important voice in the Democratic Party than the captain of The Squad? Yet, despite a CBS poll showing only 38% of Democrats want to hear from him, while 60% want to hear from AOC, Kasich gets to sacrifice whatever dignity he once had to spout off against Trump. He gets a prime time gig, while the straw-that-stirs-the-Democratic-drink is iced out.

You have to understand the tough fix the Democratic National Committee is in this week: On the one hand, they have to camouflage the radicalism of their socialist, anti-cop, anti-energy, pro-riot, pro-ANTIFA positions so normal American voters won’t be scared to death. That’s why leadership and their media allies are painting Kamala Harris as a “pragmatic moderate,” even though she’s embraced enough radical policy positions to make a Berkeley professor blush. That’s why you won’t be hearing Squad member Ayanna Pressley in prime time doing what she did this weekend, calling for “unrest in the streets.”

Here’s the link for the entire convention schedule.

On the other hand, the party has to make sure the radicals are appeased, or else Milwaukee could make Portland look like Peoria.

“There are people that are really disappointed in how the primary came out and there are certainly going to be a number of restive elements among Bernie Sanders delegates,” Neil Sroka, communications director for the progressive group Democracy for America, acknowledged to Fox News.

What’s “restive elements” mean? Bernie delegates can figuratively blow up the convention. (Even as it’s held virtually.) Raise a ruckus like drunks at a Toby Keith concert, like they did in 2016. Outside, the radicals might not be so figurative. Remember how paid Sanders staffers promised to burn down Milwaukee and other cities if they were wronged again? Then there’s the thugs of ANTIFA. The ANTIFA gangs are wrecking other major cities, why wouldn’t they take their show to Milwaukee? It’s hard to imagine anarchists who want to do away with prisons singing “Hallelujah” about a Biden-Harris ticket whose most notable accomplishments are tossing people of color in prison?

The Democrats have no interest in condemning violence, no desire to control violence. And even when, too late, and they decided to act against violence, they’ve proven incompetent. I pray this week doesn’t turn into Chicago 1968. But we shouldn’t be surprised if it does.

“Uniting America”? When Calling Half of America “Haters” and “Fascists”?

Sure, we’ll see speeches from assorted Democratic characters. Harris will have her moment Wednesday. And Biden will muddle through his speech Thursday. But the real star of the Democratic Convention will be President Trump.

While the official slogan is “Uniting America”, the real slogan is “Orange Man Bad.” The underlying message will be, “Sure, we know Biden’s so far gone he can’t even be tracked by NASA, but let’s get rid of Big Bad Orange and we’ll worry about Biden at noon January 20th.”

Four days of trying to hurt Trump. Good luck finding five minutes of how they’re going to help you.

ABC News says one of the main themes is going to be the current national discussion of race. So despite the virus and the new-fangled technology, some things about the Democratic Convention haven’t changed. The 1868 slogan for the Democratic National Convention was “This is a White Man’s Country, Let White Men Rule.”

COVID-19 has severely restricted convention activities. So the DNC is throwing a “Convention Across America,” a mostly virtual event that will involve all 57 states and territories.

The DNC is staging four nights of prime time convention programming, running from 9 pm. to 11 pm. eastern. Each night will contain Democratic star-power.

And for Thursday’s big finale: Joe Biden and the Biden Family. Plot twist: Will the night include Hunter Biden?