This Bernie Sanders Employee Sounds Just Like Lenin. So He Should. 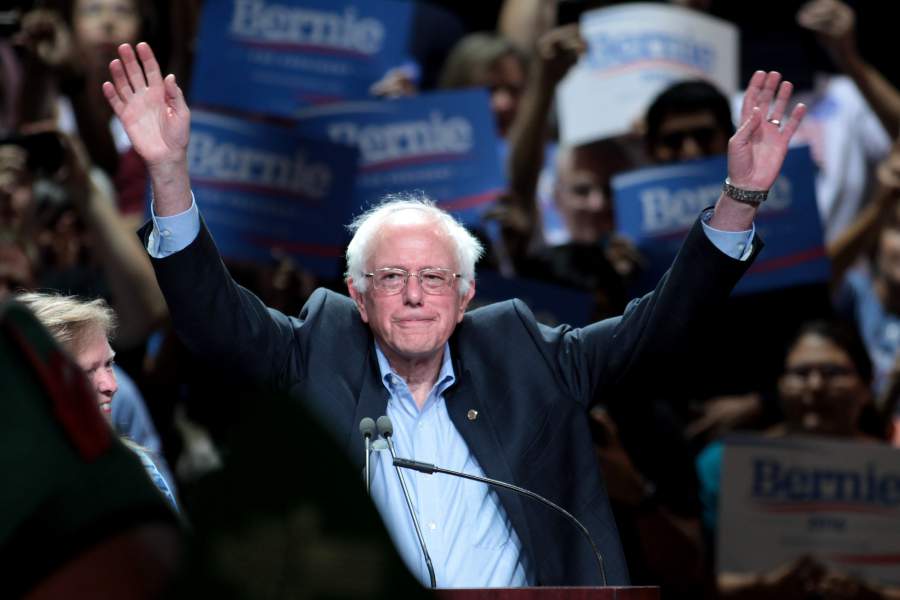 No, I didn’t watch the Democrat debate and neither did you. I’d sooner Google videos of “drag queen cat fights,” or watch a bunch of buzzards pick clean a lion’s corpse. So instead of learning about socialism from its overt or covert advocates, why don’t you sit back instead and get the straight story from me?

In my last column I unpacked what socialism really is and does.

A Golden Calf That Leaks Tar

What socialism is: a golden calf that the government sets up for people to worship. See this brilliant essay by Rev. Ben Johnson, who cites the facts and figures correlating the growth of government with the eclipse of faith and family. Check it out.

What socialism does: gum up human labor and trade like cold tar, suppressing the natural motives that lead people to work, save, plan ahead, pray to God or have any children. The image of socialism in many places is a hammer and sickle, suggesting workers and farmers. Instead, its flag ought to incorporate a bread line and a hammock. One person sleeps in the hammock high on state-funded methadone, while the other spends his time apart from toiling in an inefficient factory lining up with ration coupons.

But of course that’s not how people sell socialism, is it? They paint it instead in the pastels of kindergarten moralism, with crude multicultural murals of smiling peasants and sturdy laborers. All look healthy, dignified, and proud, which for some reason we’re meant to believe is the natural outcome of serfdom.

Envy and hatred are the real spirits animating socialism, and their name is Legion.

Nor do the people promoting socialism consciously want massive, dirty factories producing millions of size 9 black left shoes. Or long, sullen lines where tired moms wait hours to collect this week’s potato. Nobody ever joined that movement thinking: “Hey, what we really need is to organize all of society to be one huge DMV office!” That’s just the way it turns out, in the best case scenario. In the worst cases, such as Nazi Germany or Pol Pot’s Cambodia, it’s death camps and killing fields.

The Will to Destroy

And that, I fear, is what the most dedicated socialists are after. Deep in their hearts. Remember that the first revolutionary socialists were ultra-radicals in Paris. These men thought the French Revolution wasn’t killing enough people. It didn’t just need to murder aristocrats, nuns, pious peasants, and hapless foreigners. It also ought to seize all private property. Take over every business and farm. Remake human nature along the model of the termite.

Such envy and hatred are the real spirits animating socialism, and their name is Legion.

The political philosopher Eric Voegelin considered socialism a form of Gnosticism, a loathing of the world as God created and redeemed it. From thence comes the will to destroy it. To tear down every structure, tradition, or right that impedes the pure exercise of power on the part of the revolutionary. Then, of course, he will sweep up all the wreckage and build a paradise. Really, he promises.

No it has never happened anywhere on earth. But “real” socialism has apparently never been tried.

What will happen here if we try it? We get a candid glimpse from Kyle Jurek, one of Sen. Bernie Sanders’s paid field organizers in Iowa. See the video below (Warning: extensive profanity).

In case you don’t want to watch the whole thing through, Breitbart made a useful transcript, from which I’ll just choose a few highlights.

“Walk into that MSNBC studios, drag these mother****ers out by their hair, and light them on fire in the streets,” he continues.

In another part of the video, Jurek is asked what should be done about those who “resist the change.”

“Well, I’ll tell you what. In Cuba, what did they do to reactionaries?”

“They shot them on the beach,” the Project Veritas journalist answered.

“Do you want to fight against the revolution? You’re gonna die for it, motherf***er,” Jurek replied.

Jurek speaks favorably about gulags, arguing they could be used to re-educate Trump supporters and billionaires.

“In Nazi Germany, after the fall of the Nazi Party, there was a sh**-ton of the populace that was f***ing Nazified,” said the Sanders campaigner.

Jurek goes on and on in that same profane vein. Nor is Jurek some isolated oddball, like the neo-Nazis who briefly skulked around the outskirts of the Trump campaign, uninvited. The rhetoric of Antifa, which dominates public squares and silences debates with fists in major cities and college campuses, is exactly the same. That is fitting, because socialism was born among angry street toughs and embittered Bohemians.

Karl Marx gave this philosophy of destruction the clotted veneer of German speculation and dry as dust economics. But the moment the first Marxist regime on earth came to power, socialism showed its true face. The first successful Marxist in the world, Vladimir Lenin, made that apparent. Speaking of peasants (kulaks) who rebelled when the Bolsheviks stole their grain and animals, Lenin pronounced what we ought to call the socialist confession of faith. In his words:

Comrades! The kulak uprising in your five districts must be crushed without pity. The interests of the whole revolution demand such actions, for the final struggle with the kulaks has now begun. You must make an example of these people.

(1) Hang (I mean hang publicly, so that people see it) at least 100 kulaks, rich bastards, and known bloodsuckers.

(4) Single out the hostages per my instructions in yesterday’s telegram.

Do all this so that for miles around people see it all, understand it, tremble, and tell themselves that we are killing the bloodthirsty kulaks and that we will continue to do so. Reply saying you have received and carried out these instructions. Yours, Lenin.

Bernie Sanders may not wish to cop to such rhetoric now that he’s running for office. But he chose to spend one of the most significant moments of his life, his honeymoon, enjoying Lenin’s legacy. He took his bride to the pre-Gorbachev Soviet Union.

Imagine if Donald Trump had taken first wife Ivana for their honeymoon to apartheid-era South Africa. We would know just what to think.