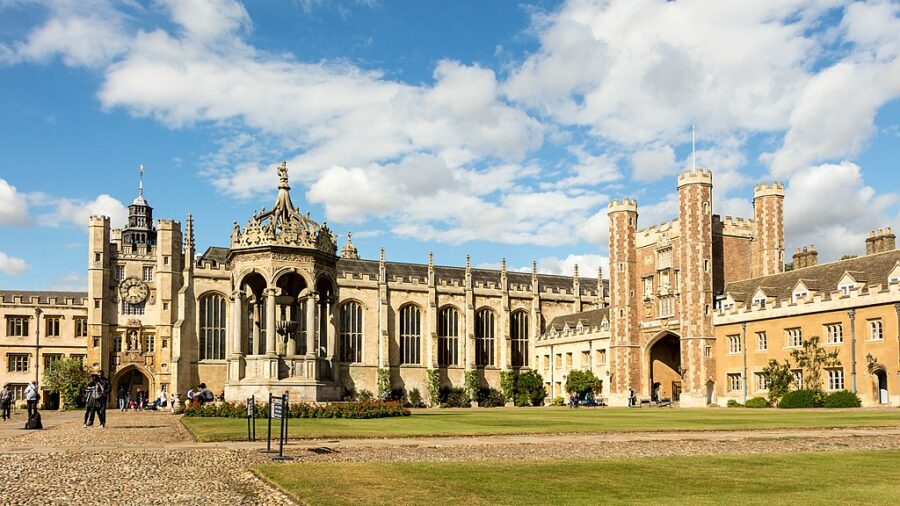 You can’t start the season dedicated to the birth of Jesus Christ without some figgy pudding-brained headline seeker trying to tear Jesus down.  Last Sunday, a graduate student at Cambridge’s Trinity College suggested Jesus was transgender. Worse, he did so during a sermon. Worse, the Dean of Trinity College, Dr. Michael Banner, defended the sermon, calling the transgender Jesus nonsense “legitimate.”

Heresy? That’s what the worshippers thought, as the Daily Mail reports.

What makes junior research fellow Joshua Heath think Jesus is “transbody”? Here’s where it gets both downright sick and unbelievably silly. Heath stood in front of the congregation, flashed some art from the Renaissance and Medieval period — in other words, around 1500 years after the death of Christ — and said the wound in Jesus’ side was “decidedly” fashioned like a vagina. He also cited a 14th century work, where the blood flowed down the Lord’s side to his groin area. That too, in Heath’s mind, screams “transgender.”

In his words, “In Christ’s simultaneously masculine and feminine body in these works, if the body of Christ as these works suggest the body of all bodies, then his body is also the trans body,”

Similarly, if the artists had painted lines off of Jesus’ crown of thorns that looked like antennas, Jesus would be a Martian. Yeah, that’s how doofy this is.

“A New Heresy for Our Age”

Obviously, a tremendous outcry arose from the congregation. Some worshippers left in tears, others ran straight to Dean Banner to protest. In a letter, one worshipper wrote :

I am contemptuous of the idea that by cutting a hole in a man, through which he can be penetrated, he can become a woman.

I am especially contemptuous of such imagery when it is applied to our Lord, from the pulpit, at Evensong. I am contemptuous of the notion that we should be invited to contemplate the martyrdom of a ‘trans Christ’, a new heresy for our age.

Dean Banner responded to the outcry in a letter obtained by the Telegraph.

For myself, I think that speculation was legitimate, whether or not you or I or anyone else disagrees with the interpretation, says something else about that artistic tradition, or resists its application to contemporary questions around transsexualism.

He also said he would also never invite onto the pulpit someone he thought would shock the congregation or challenge the Christian faith.

Nothing to See Here, Folks!

Now Trinity College is trying to pretend there was nothing to see, releasing a statement:

Neither the Dean of Trinity College nor the researcher giving the sermon suggested Jesus was transgender.

The sermon addressed the image of Christ depicted in art and various interpretations of those artistic portrayals.

The sermon’s exploration of the nature of religious art, in the spirit of thought-provoking academic inquiry, was in keeping with open debate and dialogue at the University of Cambridge.’

Save your abuse of Jesus for your woke ideology for some lecture hall. He jabbed the wounds of Christ with a rainbow flag … and deliberately did it in a House of God. During a sermon. And your Dean Banner says he’s fine with that.

My Easter in Jerusalem