DACA v. Dreamers: Not Quite the Same Thing 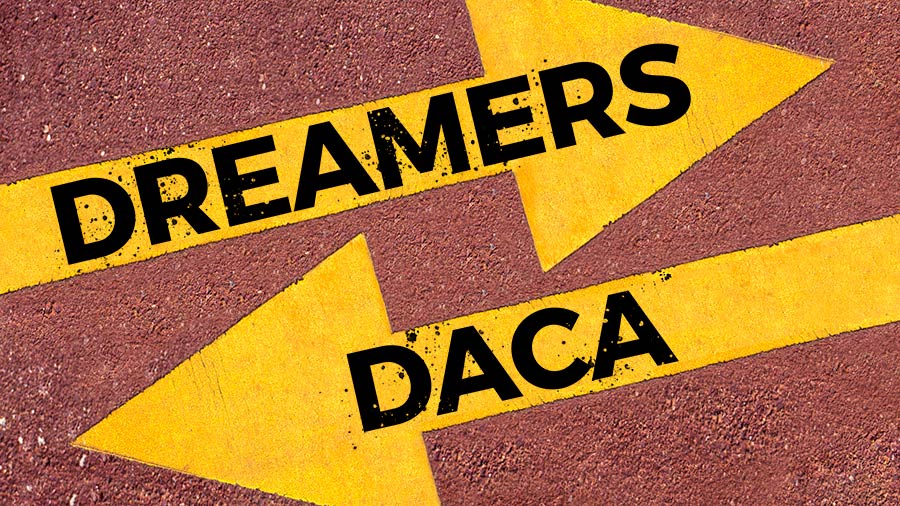 The Democrats and the major media are blurring two issues in a way that advances liberal policies. They’re calling every immigrant illegally brought into this country a “Dreamer.” Who wants to drive away a Dreamer? Only the heartless Republicans.

Congress is debating encoding Deferred Action of Childhood Arrivals into law. President Obama imposed it by executive order because he couldn’t get Congress to approve it. (After telling people repeatedly it’d be unconstitutional to do it.) President Trump and many Republicans in Congress have agreed to pass DACA into law. But with conditions: Trump has said he will not agree to DACA unless Congress includes funding for a border wall and limits chain migration. Congressional Republicans want to include a provision that defunds sanctuary cities.

“Dreamers” refers to the illegal immigrants the proposed DREAM Act – the Development, Relief, and Education for Alien Minors Act – would affect. It was introduced in Congress in 2001 by Senators Dick Durbin and Orrin Hatch and was soundly rejected because it provided amnesty. The act applies to far more people than DACA and would radically liberalize our immigration laws. DACA affects over 690,000 who are participating in the program. The DREAM Act affects 1.8 million.

Democrats are demanding passage not just of DACA but of the DREAM Act. If they merely wanted to pass DACA, it would not be so controversial.

DACA gives illegal immigrants who came to the U.S. as children the chance to remain in the country for renewable two year periods, provided they are working or in school. The DREAM Act would expand that to include the young immigrants’ parents and siblings, known as “chain migration.” It would also provide a path to citizenship for all of them. DACA doesn’t provide a path to citizenship.

Compromising on the Dream and the Wall

As of Wednesday, a bipartisan group of senators had agreed to a version of the DREAM Act in exchange for border wall funding. The “amnesty for border wall” would provide a pathway to citizenship for the 1.8 million “Dreamers” and $25 billion for the wall. (Spread over several years, allowing Congress to cut funding should Democrats take control.) It would not include an end to chain migration or the diversity visa lottery, which Trump has called for. However, it would limit chain migration to siblings, excluding parents. The White House responded to the proposed bill, saying the president would veto the “mass amnesty.”

There are three other versions of the bill proposed by senators likely to come up for a vote. A plan by second-ranking Senate Republican John Cornyn and Republican Senator Chuck Grassley of Iowa echoes Trump’s proposal.

The Democrats benefit by referring to those affected by the debate over DACA as Dreamers.

On September 5, 2017, Trump issued an  executive order terminating DACA on March 5. Any bill needs 60 votes in order to pass the Senate, a much higher hurdle than the 51 votes usually needed to pass legislation.

Trump’s ending of Obama’s executive order DACA has been challenged in court. The Supreme Court may intervene. Two federal courts have ruled that Trump improperly ended DACA in its executive order form.

The Democrats benefit by referring to those affected by the debate over DACA as Dreamers. It confuses people into thinking the more radical DREAM Act is on the table. When Trump asked Congress to fix DACA legislatively, he did not mean expand it into the DREAM Act, which Congress has repeatedly rejected since 2001.