Mayor Pete: Get to Know Your Creator 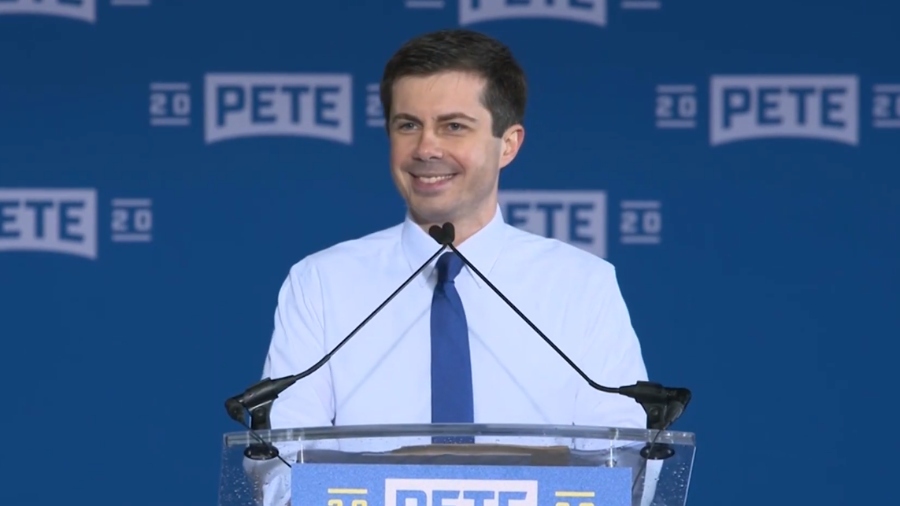 Recently Democratic presidential candidate Pete Buttigieg spoke to Vice-President Mike Pence. “My marriage to Chasten has made me a better man,” he said. “And yes, Mr. Vice President, it has moved me closer to God. If you have a problem with who I am, your quarrel is not with me. Your quarrel, sir, is with my creator.”

But Mayor Pete’s outburst needs more careful scrutiny than most.

First, all of us are born with a bent toward sin. This is the clear witness of Scripture, from Genesis through Revelation. The sinful nature is transmitted at conception. If it’s not, then why was Jesus conceived by the Holy Spirit in the virgin Mary? “In Adam all die,” writes Paul. Jesus had no human biological father, and thus no sinful nature.

The point: We all emerge from the womb with an inner tug in the direction of evil. In some cases, other effects of the fall. It might be a missing limb or an absent chromosome. Maybe it’s a disposition to have a sexual interest in someone of the same sex.

There’s no “gay gene,” according to Paul R. McHugh, former psychiatrist–in-chief for Johns Hopkins Hospital. But some “chemical modifications of the human genome” might occur in developing babies, leading to sexual interest in people of the same sex later in life.

So what? What if one were “born that way”? Does that justify acting upon one’s inclination?

The National Institute on Alcohol Abuse and Alcoholism explains that “genes are responsible for about half of the risk” of someone becoming an alcoholic.  Yet millions of people who have this genetic makeup do not become alcoholics. Why? They choose not to act on what their bodies tell them.

One of my grandfathers was an alcoholic. The other regularly got drunk. But my dad and mom were not alcoholics by any stretch. Neither are my sisters and neither am I. We’ve made choices, exercised discipline, and avoided our forebears’ addiction.

In the same way, the overwhelming majority of men were born heterosexual. But that doesn’t mean we’re doomed to be sexual predators. We can (and should) restrain our sexual desire until marriage and then reserve it only for our wives. It can be done. For nearly 40 years, I’ve done it, as have countless men throughout America.

To sum up: Inclination neither justifies nor requires illicit conduct, whatever it might be. As I’ve written before, telling someone with a strong homosexual desire that he or she must never act upon it is hard. Yet God gives grace and empowers long-term obedience. This has been the experience of the believing church throughout its history.

Mayor Pete professes at least some allegiance to God’s Word. That Word makes very clear that homosexual behavior is sinful in God’s sight.

This is a truth found in both Testaments, affirmed by Jesus, and mandated by a holy and loving God. He would never “make” someone homosexual in the sense that He wants that person to become sexually and emotionally united to anyone of the same sex.

God allows us to experience things, internally and externally, that are the results of Adam’s decision to eat the one kind of fruit God had commanded he not eat. We are all inheritors of the first father’s shattered nature, and some of us also inherit additional shards of pain. Mental deficiency. Cancer as a toddler. Sexual dysfunction.

“But God, being rich in mercy … made us alive together with Christ. By grace you have been saved” (Ephesians 2:4-5). Our Creator and Redeemer offers to make new all who will come to Him through His Son. Male and female, slave and free, homosexual or heterosexual. That’s good news.

No, Mayor Pete, your “marriage” to Chasten didn’t bring you closer to God. Your quarrel is not with the vice president. Your quarrel, sir, is with your Creator.