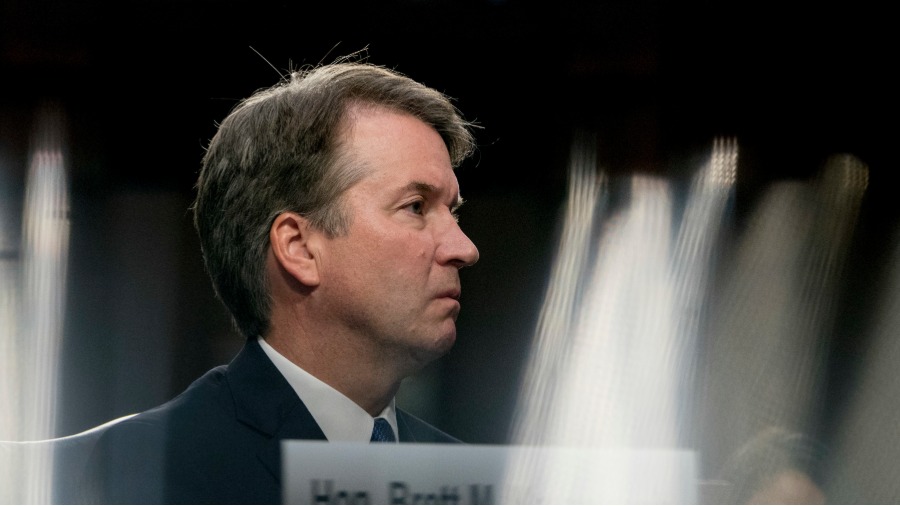 Based on the response from the left, you would think confirming Brett Kavanaugh to the Supreme Court would virtually guarantee the overturning of Roe v. Wade. Why, then, are some conservative and pro-life groups opposing his confirmation?

On the positive side, many pro-life leaders reacted enthusiastically to Judge Kavanaugh’s selection, including Marjorie Dannenfelser, president of the highly-respected Susan B. Anthony List.

She said, “President Trump has made another outstanding choice in nominating Judge Brett Kavanaugh to replace Supreme Court Justice Anthony Kennedy, keeping his promise to nominate only originalist judges to the Court.”

In her opinion, Kavanaugh was “an experienced, principled jurist,” who has a “strong record of protecting life and constitutional rights.”

Many others were enthusiastic as well, including conservative think tanks and long-term pro-life leaders.

On the negative side, Jane Coaston wrote an article for Vox.com explaining, “Why social conservatives are disappointed that Trump picked Brett Kavanaugh.”

She pointed to a number of top leaders in the conservative and pro-life movement who had reservations about Kavanaugh or who called for outright opposition.

What are we to make of the varied and passionate responses to Kavanaugh? Does the left have reason to fear? Has the right missed an opportunity?

Upon hearing of President Trump’s nomination of Kavanaugh, the National Review’s David French wrote, “I’ll defend [Kavanaugh] vigorously from unfair critiques tomorrow, but tonight I join many conservatives in a slight sigh of regret. There was a better choice.”

Tim Wildmon, president of the highly influential American Family Association, wrote, “AFA has opposed the nomination of Brett Kavanaugh to the U.S. Supreme Court for some very valid reasons. We are deeply concerned about how he might ultimately rule on issues related to abortion and religious liberty. For these reasons, we consider this nomination to represent a four-star appointment when it could have been five-star.”

Other groups, like Columbia [South Carolina] Christians for Life sent out e-blasts with titles like, “ROE VS. WADE protector Kavanaugh: Another red flag for Jesuit-educated, Jesuit school director, BRETT KAVANAUGH.” (This was sent out August 30.)g

Another pro-life activist sent out links to this video, with this warning:

President Trump broke his campaign promise to pro-lifers when he nominated Judge Brett Kavanaugh to the Supreme Court. Ricardo Davis of Georgia Right to Life calls Kavanaugh’s pro-abortion position “morally reprehensible” and urges pro-lifers and conservatives to demand Kavanaugh’s withdrawal and for Trump to replace him with a real pro-life nominee such as Amy Coney Barrett.

How can we make sense of this?

Much is Still Unknown

On the one hand, there is agreement that someone like Judge Amy Coney Barrett, if appointed to the High Court, would definitely vote to overturn Roe v. Wade if given the opportunity. The downside is that many believe that in today’s climate, despite the Republican majority, she would not have been confirmed.

Others have suggested it’s unlikely there will be a direct challenge to Roe v. Wade as much as incremental challenges. What if something like the Fetal Heartbeat Bill became law and was challenged up to the Supreme Court? How would Kavanaugh vote on that?

The real answer is that we simply do not know what a Supreme Court Justice Kavanaugh would do.

According to Thomas Jipping, Deputy Director of the Edwin Meese III Center for Legal and Judicial Studies and a Senior Legal Fellow, Kavanaugh’s “record meets the Schumer standard of a judge who does not predictably rule for a particular side. That is because Kavanaugh is the kind of judge who follows the law rather than his personal views.”

Trusting in a Higher Power

Here are a few things that seem clear.

First, we can be almost certain that Justice Kavanaugh will be a far better friend of the Constitution and of conservative values than any judge a President Hillary Clinton would have appointed. That is a very big positive.

Second, we who are pro-life do well not to put our ultimate trust in a man (Kavanaugh) or an institution (the Supreme Court) to change the direction of our nation. (This is not to deny the importance of both the man and the institution. It is simply to bring perspective.)

Third, it is possible that Kavanaugh himself cannot guarantee how he will rule if confirmed. There have been surprises in every direction from various appointees in the past, and even the best vetting process cannot guarantee the future.

More importantly, God can turn the hearts of a nation. That is the greater goal when it comes to cultivating a culture of life.

Obviously, I hope that the leftist opposition to Kavanaugh is correct and that, should the opportunity arise, he would vote for life and for family and for our essential liberties.

But there may be a reason for the concern of some on the right, in which case we should be praying for Kavanaugh and the rest of the members of the Court that God would direct their hearts.

Scripture teaches that, “The king’s heart is a stream of water in the hand of the LORD; He turns it wherever He will.” Surely He can turn the hearts of Supreme Court justices as well.

More importantly, He can turn the hearts of a nation. That is the greater goal when it comes to cultivating a culture of life, and it must always remain the foremost goal for all of us who love life. As powerful as the Supreme Court has become, it alone cannot transform hearts.