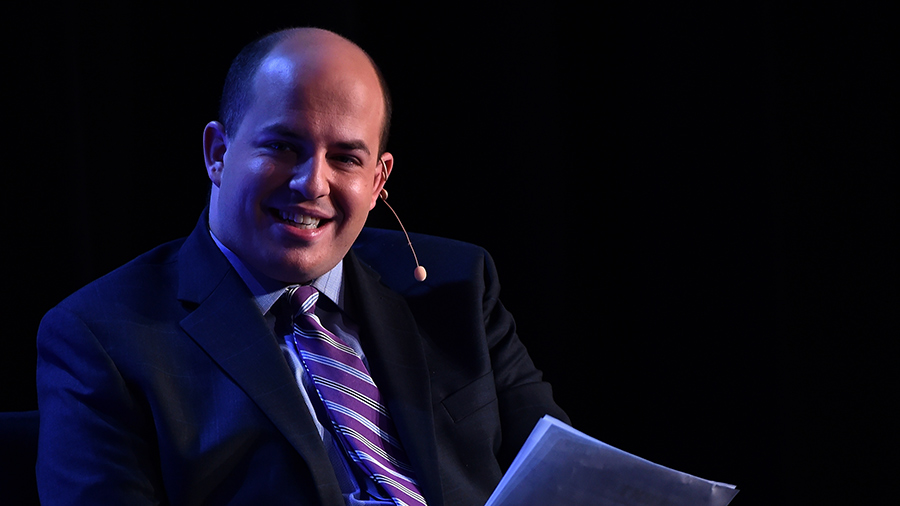 Brian Stelter may be the most biased journalist in America. The young left wing activist, CNN’s senior media correspondent, is also a leading crusader against fake news. The problem? He puts out “fake news” almost daily on his misnamed show Reliable Sources, on his Twitter feed and in his media appearances.  He presents the news inaccurately, failing to be the reliable source he tells other people to be.

On Wednesday, for example, Stelter tweeted a video by a known Youtube prankster claiming he’d been taken off an airplane for speaking Arabic. He did not include any mention that the video might well be fake. As Mediaite‘s journalist Justin Baragona pointed out, Stelter urges his readers to “triple check” stories before posting them, but he doesn’t seem to do that himself when a story seems to confirm liberal stereotypes.

75,000 retweets of this video in under 2 hours, and gaining fast https://t.co/AYpfBhTrEY

In another tweet 45 minutes later, Stelter finally admitted that there were “Many unanswered questions.” In response to repeated challenges, he claimed he was only reporting how the video was doing.

@davesopinions @omgAdamSaleh @Delta I'm not "spreading fake news." I'm noting that a video is going viral to a degree that rarely happens

Stelter said during his CNN show in October that it’s “false” and “ludicrous” that the media colluded with the Clinton campaign. In an article for CNN entitled “Donald Trump’s ‘rigged’ election claim targets the media,” he wrote, “It has become common for Trump to falsely accuse journalists of collusion with Clinton.”

The problem with this? By then, it had come out publicly that Clinton had been provided debate questions in advance by Donna Brazile from his own CNN network, and that powerful reporters colluded with the campaign on articles. Not surprisingly, Brazile is a big fan of Stelter and in a tweet told him he’s about the only journalist reporting accurately.

@brianstelter. Let's keep in touch, you're about the only one reporting with some accuracy.

During his show, Stelter questioned whether the media had been too balanced during the election, by making “false equivalencies” between the scandals of Clinton and Trump.

In October, Stelter blamed the firebombing of the Orange County GOP headquarters in North Carolina on Donald Trump’s “overheated rhetoric.” But two hours before he made the statement, authorities found graffiti on the building which said, “Nazi Republicans get out of town or else” — something the left labels the right at times.

On his TV show, Stelter criticized Trump for questioning whether the election was rigged. He said, “[O]ver time, the repetition, Trump’s lies about election rigging have become a form of background noise, more of the same, and this is a propaganda technique, whether Trump knows it or not.” However, if that was so bad, then why didn’t he equally criticize Clinton later for failing to concede until the day after the election, and for joining Jill Stein’s recount effort?

Smearing as a Defense

Stelter is on a fake news crusade, yet like a Lance Armstrong of the mainstream media, Stelter pedals in the bogus on a persistent basis. Using a known purveyor of fake news to debunk fake news stories defeats the purpose.

Now we wait. Ever since he ran the TVNewser blog (widely read inside lefty newsrooms) as a college student, Stelter’s M.O. has been to shame his many critics.

How long will it take Brian Stelter to respond to this exposé with smears? When he does, I’ll “fake” being surprised.