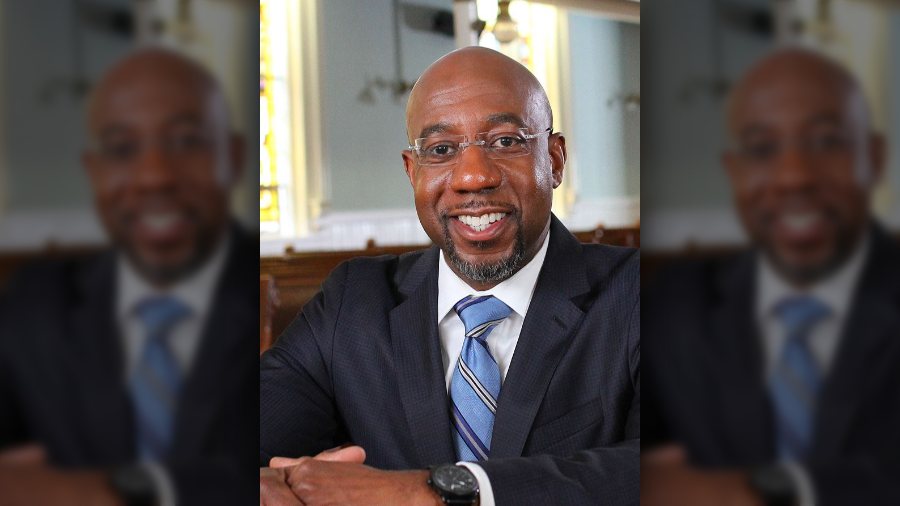 It is one thing to be a radical, feminist atheist marching down the streets of DC and proclaiming your “right” to abortion. It is another thing to be a “pro-choice pastor,” as Senate candidate Raphael Warnock claims to be, using the Bible to justify abortion. This is as morally compromised as it is theologically confused.

Yet Warnock is unashamed of his position, tweeting on December 8, “I am a pro-choice pastor.” Worse still, as of this writing, his tweet has more than 215,000 likes, representing almost half of the 500,000 followers of the Reverend Raphael Warnock Twitter account.

I am a pro-choice pastor.

How can a reverend support abortion? How can a preacher of the gospel, whose sacred text is the Bible, support the killing of the unborn in the womb? And how can he do it without qualification, thereby including the “right” to kill the baby through the ninth month of pregnancy? What an absolute travesty.

But Warnock is not alone in his misguided zeal.

A pro-life colleague told me about an abortionist in our home city who tithed on her earnings (meaning, donated 10-percent of her abortion profits to her church). She believed she was doing God’s work.

This colleague also sent me pictures of Dr. George Tiller (the late-term abortionist who was murdered by a misguided pro-life zealot) baptizing the corpses of babies he had just aborted. He did this, I was told, to bring closure for the grieving parents.

Another colleague of mine met with a group of inner-city pastors some years ago, inviting them to join with him for a major pro-life prayer rally. One of the pastors said to him, “We just took up a collection in my church to help a young lady get an abortion.”

How can this be?

It’s one thing to “shout your abortion” as a God-mocker or an atheist or agnostic.

It’s another thing to claim to be a follower of Jesus and a lover of the Scriptures and to support abortion.

As Lila Rose tweeted, “This is grotesque. You don’t preach Christ or His gospel; you preach the shedding of the innocent blood of his children. How dare you use the name ‘pastor.’” (Sadly, although Lila Rose has about half of the Twitter followers that Warnock does, her tweet has only received about 2,500 likes.)

This is grotesque. You don’t preach Christ or His gospel; you preach the shedding of the innocent blood of his children. How dare you use the name “pastor.” https://t.co/VM5THsI7XO

What, then, would the alleged “Christian” argument for the pro-choice position look like?

The “Christian” Argument for Abortion

It would argue that the child in the womb is merely a fetus without fully human status.

It would argue that in many situations, abortion is the compassionate choice due to the mental or physical health of the mother or the financial condition of the family.

It would point to tragic cases like the incestuous rape of a 12-year-old girl, resulting in an unwanted (and totally traumatic) pregnancy, one that could scar this child for life. What gives anyone the right to force this child to carry the baby of her rapist? And who will care for the baby when it is born?

And it would point to other tragic cases of babies born with severe deformities and life-shortening conditions, conditions readily visible on the ultra-sounds. Surely it is better to terminate this life in the womb rather than bring the baby into the world for months of intense suffering and hundreds of thousands of dollars in medical bills, only to watch it die an agonizing and tortured death while still an infant.

That’s why the early Christians not only rescued abandoned babies, at the risk of their own lives, but they also militantly opposed abortion.

In another article, I laid out the main scriptural texts from which we get our pro-life position.

But for the moment, I have a simple request for Reverend Warnock.

Blood on Your Hands

Talk to the women who had an abortion years ago and who still regret and agonize over the decisions they made.

Talk to the former Planned Parenthood workers who, with many tears, will describe the evil of their past profession.

Or better still, stand next to the remains of more than 60 million babies — the tiny limbs and eyes and feet and fingers and brains and hearts, with a disproportionate percentage of those remains being black — and say, “I’m a pro-choice pastor.” And do this in the sight of a holy God who loves life, who loves justice, and who cares “for the least of these.”

May the Lord grant you repentance, Reverend Warnock. Right now, there is blood on your hands.