Christians, We Need to Install a Filter on Our Lips! 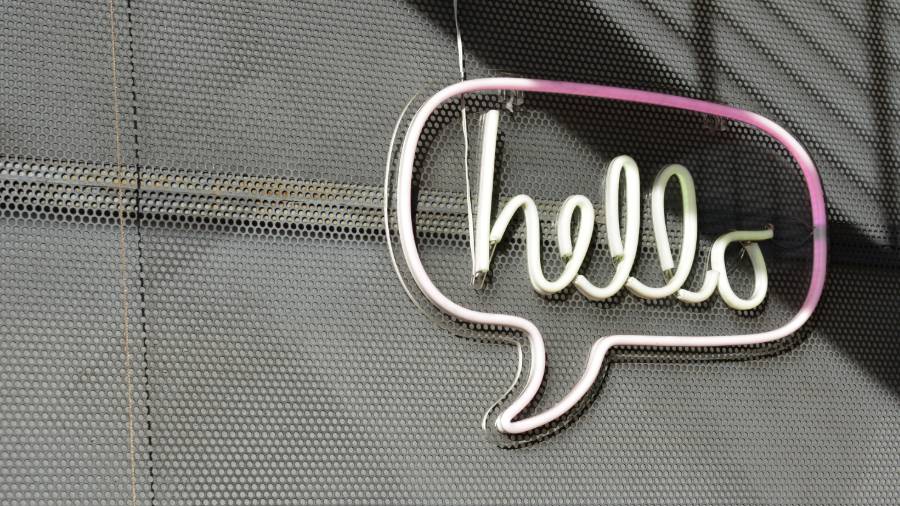 The psalmist once prayed, “Set a guard over my mouth, LORD; keep watch over the door of my lips” (Ps. 141:3, NIV). It’s a prayer we would all do well to pray today. More than ever, we need a filter for our words, a guard over our mouths.

We are so reckless in our comments, so rash in our tweets. We post whatever we think, in a blur, as quickly as we can type or dictate the words. We fail to filter, fail to think through, fail to process, fail to evaluate. Yet Scripture constantly warns about the danger of rash speech.

Wisdom From the Word

“Those who guard their lips preserve their lives, but those who speak rashly will come to ruin” (Prov. 13:3, NIV).

“When there are many words, sin is unavoidable, but the one who controls his lips is prudent” (Prov. 10:19, CSB).

“Even a fool is considered wise when he keeps silent—discerning, when he seals his lips” (Prov. 17:28, CSB).

“The tongue also is a fire, a world of evil among the parts of the body. It corrupts the whole body, sets the whole course of one’s life on fire, and is itself set on fire by hell” (James 3:6, NIV).

Can you imagine how different the internet would look if we heeded these words?

Yet Jesus said this: “I tell you, on the day of judgment people will give account for every careless word they speak” (Matthew 12:36, ESV).

Chew on that for a moment (or, better still, chew on Jesus’ words for an hour, or a day; or even better, chew on them for the rest of your life).

My Life of Words

Can I be completely candid with you?

I am a communicator. I produce a lot of words.

In addition, I preach sermons or teach classes several hundred times each year.

And yet I can honestly say that I filter every word I write and speak. Consequently, I stand behind what I’ve written in books and in columns and what I’ve said on the air and in sermons.

But I have often failed when it comes to social media and emails, writing back too quickly, responding too aggressively, failing to process my words before I send them out, with no ability to take them back.

Do you fail here as well?

Proverbs 12:18 states, “The words of the reckless pierce like swords, but the tongue of the wise brings healing” (NIV). And Proverbs 15:1 teaches, “A gentle answer turns away wrath, but a harsh word stirs up anger” (NIV).

Yet our words are so often like daggers, harsh and cutting and destructive. All too rarely do our words build up, heal, restore, and edify.

And we are so quick to air our opinions, no matter how damaging they might be.

Do we care that we just slandered someone without evidence? Are we that irresponsible?

Would we like it if people were posting similar speculation about us, for the whole world to see?

As I was thinking about all this, contemplating writing an article on this theme, my wife Nancy sent me this text: “I am REALLY, REALLY distressed about many of the posts from Christians insinuating that the Clintons have ordered the murder of scores of people……there is zero proof of this and it is mere speculation. The Bible is abundantly clear on this kind of slander. People are completely out of line for doing this. Even if there might be truth to it, no believer has any right (before God) to spread such things, and that without one iota of proof. This is COMPLETELY against direct instructions from the Lord. It’s bad enough that people gossip privately among themselves, but to publicly announce these things on social media for all the world to see is despicable.” (For her further thoughts, see here.)

I’m fully aware that President Trump and a host of others send out reckless tweets. But they are not my role models and I do not follow their examples.

I’m fully aware that the internet is abuzz with all kinds of speculation about virtually everything. But as followers of Jesus, we are called to a different standard.

As Paul wrote, “Do not let any unwholesome talk come out of your mouths, but only what is helpful for building others up according to their needs, that it may benefit those who listen” (Ephesians 4:29, NIV).

In the Bible, one of the characteristics of a fool (meaning someone lacking moral judgment, not someone lacking intelligence) is that a fool speaks too quickly. A thought comes into his mind, and he blurts it out. He has no filter on his lips (or pen or keyboard).

Like fools, we too are quick to quarrel, quick to take offense, quick to make superficial judgments, quick to spout words.

Let Us Be Godly in Our Speech.

What has become of wisdom? Of self-restraint? And how is it that we know the motivations of other people’s hearts better than they know themselves? (The other day, a Christian leader wrongly judged my heart, publicly airing his opinion. When I told him he was completely wrong, he assured me he was right. He knows me better than I know myself. What kind of nonsense is this?)

I have addressed the subject of our internet communication many times before, perhaps most forcefully in the aftermath of the suicide of Rick Warren’s son. But once again, I make this fresh appeal. Let us be godly in our speech.

As Proverbs states, “Death and life are in the power of the tongue, and those who love it will eat its fruits” (Prov. 18:21, ESV).