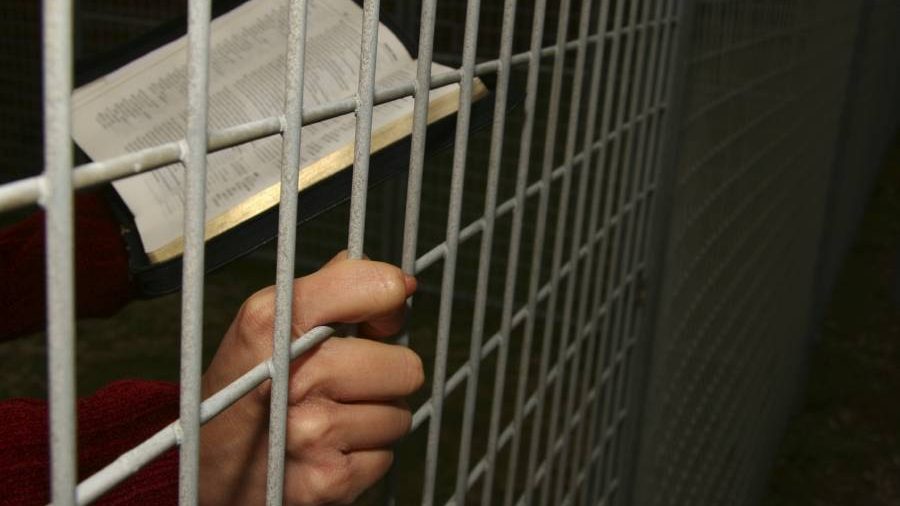 But let’s not have that pity party quite yet. Believers around the world are going through persecution for the gospel on a whole other level. May their courage inspire us.

An Urgent Appeal from Nigeria

Last Thursday I received an urgent email from an American friend serving as a missionary and educator in Nigeria. She wrote: “A Christian worker, a friend of my host, has just been attacked by Fulani Herdsman and has suffered grave injuries from a cutlass. He has lost a lot of blood. Please pray. Thank you.”

Some hours later we received the “good” news: “Thank you for your prayers. His wife reports that our brother is alive and currently stable. He has deep gashes to his head and is missing fingers. May God steady his heart, protect his faith and heal his body.”

This was a positive outcome: only deep gashes to the head and missing fingers.

As for this couple denying faith as a result of this barbaric attack? Not a chance.

A few days earlier, this same friend had texted me about another Christian who had been kidnapped by Boko Haram terrorists demanding a ransom. More than a dozen had been kidnapped not long in the previous weeks, but at least they were not killed on the spot. Thankfully, this Christian was ransomed and his life spared, but this is the norm in the region in which these Christians live. Every day could be your last.

But this is just a tiny snapshot of the horrors with which these Nigerian believers live. As reported in August:

Nigeria is becoming the ‘biggest killing ground of Christians in the world’ due to attacks by Boko Haram and Fulani militants, says a leading charity.

International Christian Concern (ICC) estimates between 50,000 and 70,000 Christians have been killed in the last decade in the West African nation, the most populous on the continent.

Many would also argue that the government is either complicit or, at the least, looking the other way.

In September, reports of atrocities came from Ethiopia, as an “Ethiopian Christian leader called for an international inquiry into the slaying of hundreds of Christians, including pregnant women, children and whole families, in ongoing Oromo Muslim extremist attacks in the parts of the Oromia regional state, extending south, south-east and east of Addis Ababa, since the end of June. According to reports, more than 500 were killed.”

How many of us even knew this was taking place?

Last week, a dear Indian friend sent me graphic photos and video footage of Christians in Orissa, India, being beaten for their faith.

Seven years ago, Prime Minister Narendra Modi vowed to free India of Christianity and Islam by 2021, promising to restore “Hindu glory.” That continues to be one of his goals, regardless of what might be said publicly.

Back in 1999, in the midst of a wave of brutal persecution in Orissa, missionary Graham Staines and his two sons were burned to death by Hindu radicals while sleeping in their car at night. (Staines had been working with lepers and impoverished tribal groups since 1965.)

I was in India shortly after that tragic event, one that shocked the conscience of the nation, and I had the sacred privilege of ministering to pastors from Orissa on that trip, one of 27 I have made to India. To a person, both men and women renewed their resolve to go back and serve their people, whether by life or by death.

To them, this was Christianity 101. Jesus is worthy living for and dying for.

Christians in Orissa also suffered horrific persecution in 2007-2008, and once again, I had the privilege of ministering to some of their leaders at that time.

Not only did I see sickening footage of the beatings and the killings that were taking place but I also spoke with some of those who had been beaten and threatened. I also met the wife and daughter of a martyred pastor. In front of his wife, he was beaten and then beheaded with an axe.

Yet both mother and daughter were resolved in their desire to continue to share their faith with their people.

Overcoming With the Blood of the Lamb

This is what I have encountered on trip after trip to India, once asking a gathering of pastors and church planters how many of them had suffered physical violence for their faith. About three-quarters of them raised their hands, almost with a shrug. No big deal to be beaten for Jesus.

As for my American friend serving in Nigeria, as an older, single woman, she left her career behind in America and now works with the poorest of the poor, especially in Muslim villages, helping train their teachers to provide the most basic education for the children. And she does it openly as a Christian.

Before the COVID shutdown, things got so dangerous that the local Christian leaders insisted she go back to the States for a season. Since then, she was counting the days for Nigeria to reopen for travel, literally getting on the first possible flight to be back with her adopted family and friends. She too reminds us what it means to be a courageous Christian.

Revelation 12:11 tells us that, as Satan rages against God’s people here on the earth, they overcame him by the blood of the Lamb, by the word of their testimony, and by not loving their lives to the point of death.

May we, too, overcome with that spirit of courageous faith. Our brothers and sisters around the world, beaten and tortured and killed, are urging us to stand up and be strong.