Christians Diminishing and Denying the Resurrection 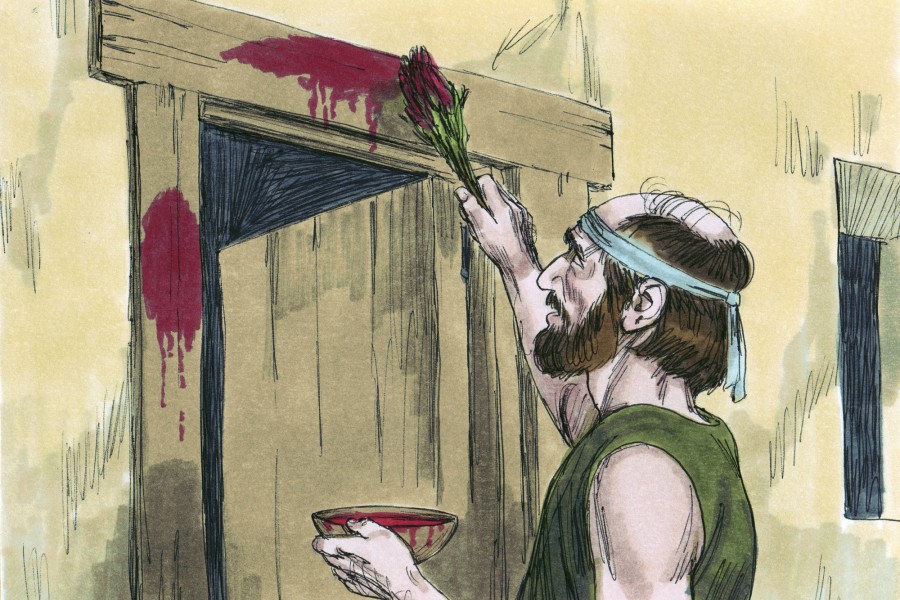 Even while Christians commemorate the events that define their faith, as they just did, many among their own number seek to reinterpret what those events signify.

“The meaning of Easter is more transcendent than the resurrection of Jesus Christ. Whether you are Christian or not, through a commitment to helping others we are able to save ourselves,” Democratic Sen. Raphael Warnock from Georgia tweeted last year. Warnock also pastors Atlanta’s Ebenezer Baptist Church, where Rev. Martin Luther King Jr. was once co-pastor.

In April 2009, the president of the German Catholic bishops’ conference, Archbishop Robert Zollitsch, said Jesus “did not die for the sins of the people as if God had provided a sacrificial offering, like a scapegoat” but in “solidarity” with humanity.

As Passover implied, and as the sacrificial system reinforced, only the shedding of innocent blood could obtain forgiveness for sin.

Catholic theologian Elizabeth Johnson went further in 2018. In an interview with U.S. Catholic magazine, Johnson suggested abandoning a theology of atonement for one she called “accompaniment.”

“The satisfaction theory makes Jesus’ death necessary,” Johnson said, referring to one Catholic interpretation of atonement. “But no one had to die for God to be merciful. It goes completely against the teaching of Jesus in the gospels.”

Those brief examples show that by embracing intellectual and political fashion, Christians not only diminish the fundamental meaning of Jesus’ life, death and resurrection. They deny it.

But what motivates seemingly serious Christians to take that tack?

Many believe humanity can perfect itself, which Warnock’s tweet implies. That idea not only ignores human nature and history. It provides the foundation for the most brutal brands of utopian ideology.

The Nazis believed they could create utopia through biological perfection. Consequently, they embarked on exterminating millions who belonged to allegedly “inferior” races that bred both genetic weakness and dangerous ideas. For the Nazis, race and ideology became interwoven.

The Communists believed they could create utopia through economic perfection. Consequently, they embarked on redistributing income and collectivizing society, even at the expense of millions who died from starvation. For the Communists, class and ideology became interwoven.

The “woke progressives,” which count Warnock among their number, combine the Nazis’ racist approach with the Communists’ materialist approach to create their own utopian fantasies of “social justice,” as The Stream reported two years ago. For the “woke,” race, class, gender and ideology are interwoven.

But the problems with self-perfection go beyond totalitarian ideas of utopia.

How many good works are enough? Can good works cancel out or compensate for bad ones? If not, why not?

Salvation through helping others promises fulfillment but ultimately provides an eternal treadmill of personal exasperation.

Trying to redefine Jesus’ death and resurrection in secular terms also involves disregarding God’s holy, righteous nature. Such a holy, righteous God hates evil, not least because it ravages and victimizes those he created in his image. Psalm 97 even urges those who love God to hate evil.

Isaiah not only described evil’s destructive tendencies but also its consequences: God’s rejection of evil’s practitioners:

Listen! The LORD’s arm is not too weak to save you, nor is his ear too deaf to hear you call. It’s your sins that have cut you off from God. Because of your sins, he has turned away and will not listen anymore. Your hands are the hands of murderers, and your fingers are filthy with sin. Your lips are full of lies and your mouth spews corruption.

Almost 800 years later, a former Pharisee named Paul amplified Isaiah’s message to Christians in Corinth, a city with a reputation for rampant immorality.

God’s holy, righteous character not only demands rejecting and punishing evil. It provides the foundation for all his attributes. A God who is less than holy could offer neither pure mercy nor pure love. Such a God would be no different than the deities of the ancient world, who had to be bribed to care about humanity, if they cared in the first place.

The Power of the Blood

Ignoring God’s righteous nature ultimately means rejecting Scripture, especially the Old Testament, as a source of divine revelation. The Torah, the first five books, describes in detail an elaborate system of bloody sacrifices that illustrates both sin’s pervasive devastation and the extravagant cost for redemption and atonement.

That system began with Passover, which Jews will celebrate until Saturday. Passover commemorates the Israelites’ release from slavery in Egypt. In the final plague unleashed upon Egypt, all first-born offspring would die. But the Israelites escaped death by sacrificing a perfect 1-year-old male lamb, and painting the doorposts and lintels with its blood. That would be God’s sign to spare the Israelites.

As Passover implied, and as the sacrificial system reinforced, only the shedding of innocent blood could obtain forgiveness for sin. That idea, first stated in Leviticus, made its way to Paul’s letter to the Hebrews.

That idea also defines one of Jesus’ fundamental roles. John the Baptist eloquently expressed that role when he called his cousin, “the Lamb of God who takes away the sin of the world.”

A few years before writing to Hebrew Christians, Paul linked the old sacrificial system with Jesus’ death and resurrection to define the essence of Christianity, something too many of today’s Christian intellectuals and clergy reject (emphases added):