Francis vs. Orban: Christianity is Europe’s Only Hope 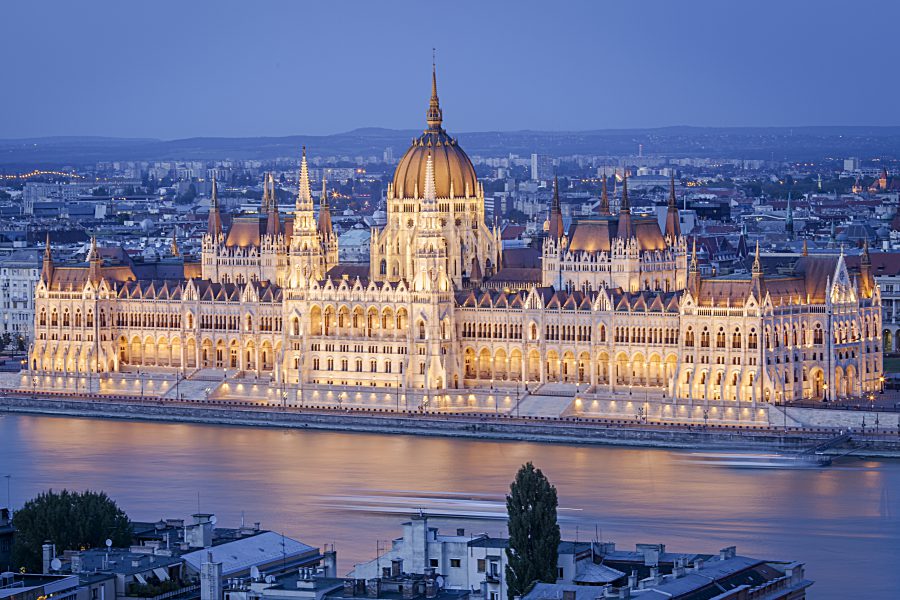 The Hungarian Parliament building in Budapest, on the river Danube.

“Europe is the faith and the faith is Europe,” observed the English writer Hilaire Belloc almost 100 years ago. Western Civilization makes no sense apart from its Christian origin and identity.

The last 100 years has proven him right. If our civilization makes no sense without Christianity, it cannot survive without Christianity. The post-Christian West is a nihilistic sinkhole. It’s hostile to the faith that birthed it. It gave up the very beliefs — in human dignity and freedom, for two — that made it what it was. It replaced them with “globalism.” (For more on this, see James Schall’s explanation of Belloc’s words.)

But the nationalist-populist movement has just made a shift in strategy that could change that. Nationalists could save globalism from itself — and thereby save Europe. If, that is, they can reestablish Europe’s Christian origins.

In Hungary, for example, where its president Victor Orban has moved to make his country an openly Christian one. Part of that attempt is to establish the nation’s cultural identity and unity. Necessary to that is strong control on immigration, especially from Muslim countries.

For that effort, Orban seems to have become a target of Pope Francis. The pope has said nothing directly against him, but in talks in Hungary three days ago, and now in Slovakia, Francis described what he believes a nation should be, in ways most news sources took as a rebuke to Orban.

In Hungary, Francis said a nation should open “its arms toward everyone.” Then in Slovakia, he said, “The cross is not a flag to wave, but the pure source of a new way of living.” Christians don’t see anyone “as an enemy, but everyone as a brother or sister.”

The Wall Street Journal reported that movements skeptical of the European Union now “want to stay in the EU and fight it from within.” That is, to change it from within. Take Italian nationalist leader Matteo Salvini. He now “casts himself as the real pro-European, who has come to rescue the European project.”

And that project is Christian, not secular. Salvini brandished a rosary at a political rally and entrusted Italy to the Virgin Mary. Italy’s Catholic establishment shunned him for it. An Italian bishop told voters that anyone who votes for his party is not a Christian.

These events are important for three reasons. They show that the rising tide of nationalist-populism can be rooted in Christianity. They raise the possibility of returning the EU to its Christian origins. And they show obstacles from within the Church itself.

In general, I applaud the “nationalist” (I would prefer “patriotic”) uprisings occurring throughout the West. But they are not enough on their own. They could easily go bad without Christianity. It’s not enough to be populist. Populism only deserves to succeed if it re-establishes Christian civilization. It’s dangerous just to believe in your nation. That could become a new version of the pagan fascism of the last century.

Salvini, Victor Orban, and Marine Le Pen show the potential for more. They show the possibility of a Christian nationalism. One that the pope doesn’t seem to understand, even though it would help establish the faith that is Europe and return Europe to the faith.

The globalists, however, are another matter. In 2003, the European Union snubbed Pope St. John Paul II’s request to include a reference to God or Christianity in the EU Constitution. But the Pope, in chapter six of his 2003 apostolic exhortation on Europe, called The Church in Europe, best understood Belloc’s quip: without the faith, there is no Europe.

And the EU itself was originally a Christian project. The EU was founded by Christian Democrats. They founded it to fight against socialism. European Christians had previously fought democracy. But in the 20th century they asked: “Was there a way of engaging with the new liberal structures without being overwhelmed and taken captive by them?”

And not just Catholics. They drew inspiration from the Calvinist Abraham Kuyper, prime minister of the Netherlands. He declared: ‘There is not a square inch in the whole domain of our human existence over which Christ, who is Sovereign over all, does not cry: Mine!’”

They succeeded, for a time: “Regardless of current controversies, the European Union must be counted as one of the Christian democrats’ greatest achievements . … Simply put, there would have been no EU without Christian democracy” (emphasis added). But it didn’t last: “Yet judged by Christian democracy’s own standards of seeking to imbue our societies with a Christian vision of the common good, we need only look around today to judge it an obvious failure.”

And so we arrive at the 2019 EU elections. The nationalists are the sole remaining political movement for restoring Europe’s Christian identity. And therefore Europe itself.

Which makes the Church’s hostility to it all the more bizarre. How is it wrong for an Italian politician to brandish a rosary at a political rally and entrust Italy to the Virgin Mary? But right for an Italian bishop to tell voters that anyone who votes for that politician’s party is not a Christian?

Imagine you believe that supporting unrestricted immigration is Christian. And that Salvini speaking “glowingly of St. John Paul II and retired Pope Benedict XVI for having tried to remind Europe of its Christian roots” is less Christian. The Church would still be guilty of clericalism for attacking Salvini.

As Christians, we must welcome the stranger and sojourner. It is wrong to resist immigration out of hatred. Or a fear of those who are different than us. But it is not wrong to resist a massive change in the demographics of your culture. As Cardinal Raymond Burke said, “To be opposed to large-scale Muslim immigration is … a responsible exercise of one’s patriotism.” Church officials violate the freedom of lay Christians when they tell us otherwise.

The Church often seems to take the same pro-unrestricted immigration view as globalists and big business. That will be an obstacle for a populist-led revival of Christianity in Europe. And not the only obstacle. There may not be enough Christians left in Europe for a Christian populist revival. And the West is not having enough children to replace itself.

The nationalists face steep challenges. The “New Springtime” of faith that Pope St. John Paul II prophesied for the new millennium may hang in the balance.

We should pray for their success. And for the leadership of our own churches to work with, and not against, them.

This article is a slightly updated version of an article that first appeared on May 27th, 2019.

Peter Wolfgang is president of Family Institute of Connecticut Action. He lives in Waterbury, Connecticut, with his wife and their seven children. The views expressed on The Stream are solely his own. His previous article was A Cultural Conservative Wins a Liberal District in Connecticut. That Wasn’t Completely Good News.