Christian Friends, Remember: There is Only One Messiah 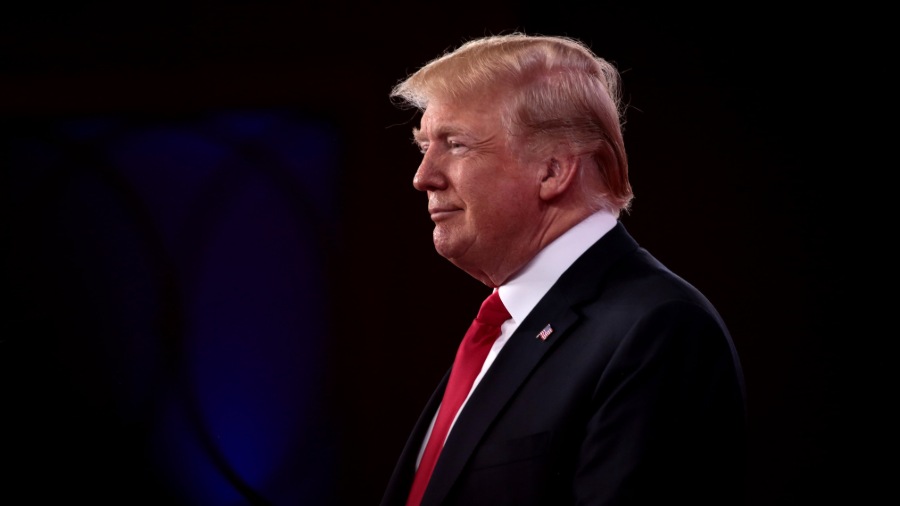 Although millions of Christians zealously support Donald Trump, none of them think that Trump died for their sins and rose from the dead on the third day. In that sense, none of them confuse Trump with Jesus. At the same time, many Christians continue to exalt Trump in very unhealthy, even Messianic ways.

Under no circumstances, can this be for our good (or the good of the nation, let alone for Trump’s good). And for those who still believe that the election results will be overturned, the quicker we get rid of these Messianic expectations and attitudes, the better.

It includes these famous verses in which the Messiah recounts the decree that the Lord Himself made over Him, the King: “I will proclaim the Lord’s decree: He said to me, ‘You are my Son; today I have become your father. Ask Me, and I will make the nations your inheritance, the ends of the earth your possession. You will break them with a rod of iron; you will dash them to pieces like pottery.’” (Psalm 2:7–9)

Yes, this psalm, in which the Messiah is described as God’s Son, the one who will rule the nations, was applied to Trump – not that he was Jesus, but that the spirit of the psalm could be applied to him.

This is not only a blatant misuse of the Bible. It is a dangerous misuse. Under no circumstances should we put such hope in a man.

The opening verses of Psalm 2 were also applied to God and Trump, in particular, to the attempt to steal the election from him: “Why do the nations conspire and the peoples plot in vain? The kings of the earth rise up and the rulers band together against the LORD and against his anointed, saying, ‘Let us break their chains and throw off their shackles.’” (Psalm 2:1–3)

So, this psalm, with original application to David, installed by God as Israel’s king, and with ultimate application to Jesus the Messiah, is now applied to Donald Trump.

Trump is Not Our Savior

Right now, tens of millions of Americans, including many Christian conservatives, are more likely to question Trump-appointed judges or Republican governors or the FBI or the DOJ, or anyone in Trump’s doghouse, before they will question a word that Trump says.  Why? What power does he exert that makes him the only one whose words we can trust? And does he have such a perfect record of always telling “the truth and nothing but the truth”?

But I am also concerned that four more years of Trump (either now or in 2024) will do tremendous harm if we look to him adoringly as the only man who can save the nation (and protect the church!) and if we overlook his failings.

In my book Evangelicals at the Crossroads: Will We Pass the Trump Test?, I devoted a chapter to the question, “Did God Uniquely Raise Up Donald Trump?”

I wrote that, without question, we can view Trump as “anointed” in a wrong and dangerous sense, as if nothing he says or does can be questioned. We dare not challenge God’s anointed! And we can certainly compromise our witness by turning a blind eye to his failings and flaws. At the same time, with spiritual eyes, we can see how God raised up someone like him, a chaos candidate and a wrecking ball of a man, for such a time as this.

So, my answer to the question was a qualified “Yes,” based on the surprising prophecies pointing to his 2016 election (some before he was even a candidate) and the great unlikelihood of his success.

Jon Voight and A Dangerous Misuse of the Bible

The problem is that certain Christian leaders, right up to this moment, state that: 1) Trump, like King Cyrus of Persia, was “anointed” by God for special purposes, even though he was  a non-believer; and 2) we can therefore point to other passages in the Bible which speak of God’s anointed and apply them to Trump (as with this Christian leader praying Psalm 2 with reference to Trump).

To repeat: this is a dangerous misuse of the Bible, leading directly to us placing Messianic expectations on Trump. (For those who are not aware, the Hebrew word Messiah and the Greek word Christ both mean “anointed.” So, Jesus is the Christ [= Messiah] because He is the preeminent “anointed” one.)

This past Saturday, legendary actor Jon Voight released a video raising grave concerns about a Biden presidency. He said, “We’re heading down a street that has no name now. We must not allow our nation to crumble. Let me warn you all that we are in great danger if we fall under a Biden administration.”

Yes, “The left are burning and destroying our cities. We are willing to fight for freedom, not freedom to burn down our flag but to raise her up with the glory of this land of the free.”

These are certainly grave concerns, which were only underscored by Voight’s reference to the destructive California policies implemented by Gov. Newsom.

But Voight also said this: “Let the truth show itself that President Trump is the only man that can save this nation.”

With all respect to Voight’s vision for a free America, I do not believe that Trump is the only man who can save the nation. Absolutely not.

Had Voight said, “I believe Trump is the best man for the job,” that would be one thing, and we could have a healthy discussion about it. Had he said, “Trump, not Biden, can stop our descent into socialism and government overreach,” I would have concurred.

But to say he’s the only man who can save the nation (or as I’ve heard others say, save the free world), is to engage in dangerous hyperbole.

The stakes are certainly at an all-time high in terms of which direction America could go, and in certain ways, Trump has been a wedge in the door, delaying some of the lurch to the left.

But we do him a disservice, not to mention dishonor God, when we speak of him or pray for him in Messianic terms. Such devotion to a mere human never ends well. When will we learn?