Are we fighting back hard enough? 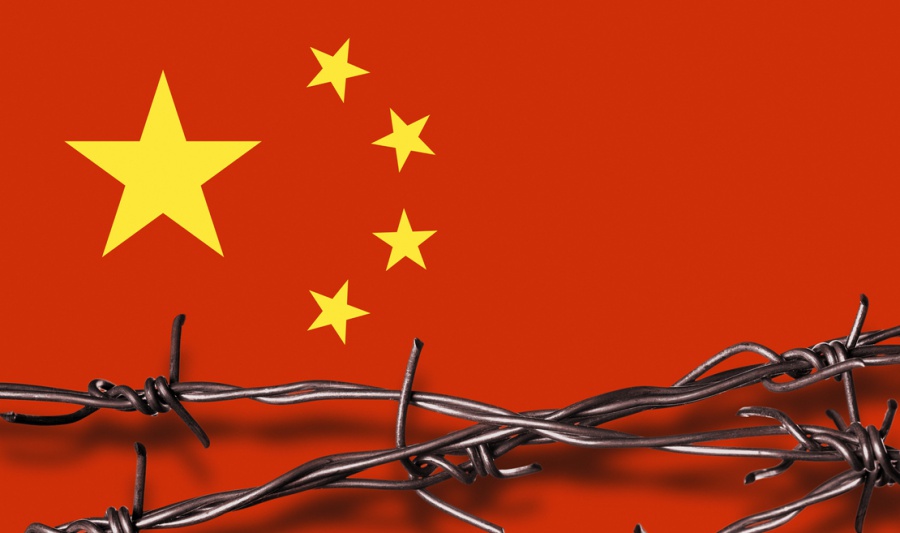 For years, America has let China spy on us. Right here on our soil. And China is starting at the top. Earlier this year, the Wall Street Journal reported, “Chinese spies are increasingly recruiting U.S. intelligence officers as part of a widening, sustained campaign to shake loose government secrets.”

Many of those China is recruiting are retired intelligence personnel. For example, Kevin Mallory is a former agent for both the CIA and the Defense Intelligence Agency. Convicted of espionage (a fancy word for being a traitor), he is reported to have given “his Chinese handlers documents of a classified spying operation and a CIA analysis of a foreign country’s intelligence capabilities.”

This is only the tip of a massive iceberg of Chinese spying at every level. The Chinese are determined to gain access to all of America’s leading-edge technologies.

Last month, FBI Director Christopher Wray told the Senate Judiciary Committee, “There is no country that poses a more severe counterintelligence threat to this country right now than China. That’s saying a lot, and I don’t say it lightly.” The threat imposed by China, Wray said, is “deep and diverse and wide and vexing.”

If you think none of this has any immediate affect on you, think again. Last year, evidence surfaced that China had hacked the personal data of roughly 500 million Marriott Starwood customers worldwide. This was not the work of a handful of devious computer geeks in Beijing. This long-term, large scale effort appears to have been operated by the Chinese Ministry of State Security.

What did the Marriott hackers get? Among other things, the names, phone numbers, mailing addresses, birthdates, and passport numbers of hundreds of millions of people.

This effort, though, is only “part of Chinese intelligence-gathering efforts that also hacked into health insurers and security clearance files of millions of Americans.”

China is also suspected of being behind the 2015 data breach of the Office of Personnel Management, the human resources department for the federal government.

The Most Serious Spying

Perhaps the most serious effort is that of Huawei. The Chinese computer firm nestles deep in the hip pocket of the Chinese Communist Party. Through Huawei, “China aims to steal its way to a China-controlled global technological infrastructure, including 5G,” said Defense Secretary Michael Patrick Shanahan earlier this year. “Huawei exemplifies the Chinese Communist Party’s systemic, organized and state-driven approach to achieve global leadership in advanced technology.”

This is why last year, the Trump Administration stopped sales of Huawei and ZTE (another Chinese telecom giant) modems and cell phones on U.S. military bases throughout the world.

This is especially important in the world of “5G” communications. 5G — get used to hearing the term — is the next generation of telecommunication technology. “Combining cutting-edge network technology and the very latest research, 5G should offer connections that are multitudes faster than current connections,” write tech journalists John McCann and Mike Moore.

If Huawei becomes the provider-of-choice of 5G throughout the world, it will have the capacity to cripple “telemedicine, autonomous transportation system, including autonomous vehicles, as well as empower that critical infrastructure that we have today, such as electricity distribution,” says Robert Strayer, Deputy Assistant Secretary of State for cyber and international communications and information policy.

To those who argue that Huawei is a private firm, Mr. Strayer makes clear this is a bunch of bunk. “There is no differentiation really between the private sector in companies and the government in China. The government, through the national intelligence law and other laws that it has at its disposal, can compel companies to take action,” he says flatly. “They are subject completely to the direction of the Chinese Communist Party.”

So, what’s been, and what continues to be, the result of China’s full-court press into American industry and intelligence? Serious losses for the U.S. “The loss of millions of US jobs, degradation of American industry, the rise of Beijing’s global political and economic clout, and a significant increase in China’s high tech military capabilities,” according to retired senior U.S. intelligence officer Nicholas Eftimiades.

We need to initiate a long-term strategy to severely curtain China’s policy of undermining and stealing from our country’s government, defense, manufacturing, and technology sectors. We can target individuals we know are conducting or suspected of conducting espionage. Deny them entry into the U.S. Deny them access to our labs and tech research at our universities. Penalize any American academics and researchers who share vital research with them.

There is some good news. In addition to this year’s actions against Huawei, last year President Trump issued an important directive titled, “National Cyber Strategy of the United,” the “first fully articulated cyber strategy in 15 years.” It’s a game plan for what America should do to counter the Chinese threat.

We see some bipartisan sanity. Conservative Republican senator Mike Crapo of Idaho and liberal Democrat senator Mark Warner have introduced a far-reaching measure to protect the U.S. from Chinese spying. The measure will “guard against attempts by the People’s Republic of China and others to undermine U.S. national security by exploiting and penetrating U.S. supply chains.”

China’s true face is being shown in Hong Kong: troops and tanks massing along the city-state’s border and the memory of Tiananmen Square hovering just in the background.

That face has been long present here in the U.S., but we haven’t seen it. Now we do. And we can’t ignore it any longer.