Can You Pass This Bible Test? 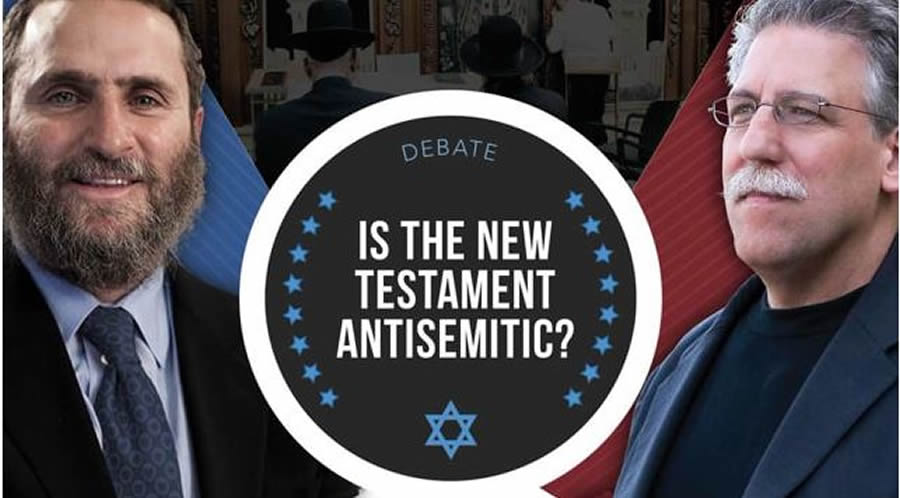 In the recent debate with my good friend Rabbi Shmuley Boteach, I argued that the New Testament is no more antisemitic than the Old Testament. In other words, both sets of books reflect inner-Jewish tensions, both contain strong rebukes of our Jewish people (especially our leaders), and both contain words of promise and hope for Israel.

As I asked in my opening statement, “Is the New Testament antisemitic? That would be like asking, ‘Is the Torah antisemitic?’ Or, ‘Were the Hebrew prophets antisemitic?’ The answer is obviously not. The New Testament is a deeply Jewish book about the Messiah of Israel, it follows on the heels of the writings of Moses and Isaiah and Jeremiah and the prophets of Israel, and the polemics it contains are those of an inner-Jewish conflict.”

Let’s See How You Score

I can illustrate this in the form of a 10-question, multiple choice test. Let’s see how you score.

I’ll list a series of quotes from the Hebrew Scriptures and the New Testament, and you have to identify the speaker. Is it: A) Moses; B) Jesus; C) Jeremiah; D) Isaiah; E) Ezekiel? (Don’t cheat and skip down to the answers! Take an educated guess for each one.)

Are You Ready for the Answers? Here You Go:

The purpose of this little exercise should be clear by now: Jesus spoke as a prophet to our nation. And if you are going to reject his words as antisemitic or un-Jewish, then you have to do the same with the words of Isaiah, Jeremiah, Ezekiel, Moses, and even God himself. It is only when we wrongly see Jesus as a hostile outsider rather than a loyal insider that we can so badly misread his words, as recorded in the Gospels.

Once we see him as a loyal insider — as Israel’s Messiah — we can take comfort in his promises that there will be a future restoration for the lost sheep of the house of Israel (Matt. 19:28).

Excerpted and adapted from The Real Kosher Jesus: Revealing the Mystery of Israel’s Hidden Messiah. For the very real issue of antisemitism in Church history, see here.