By Failing to Confront the Migrant Crisis, Europe’s Leaders Encourage the Rise of Strongmen

A wave of strongman populism is sweeping across Europe, much of it virulently racist. Is it headed to America? 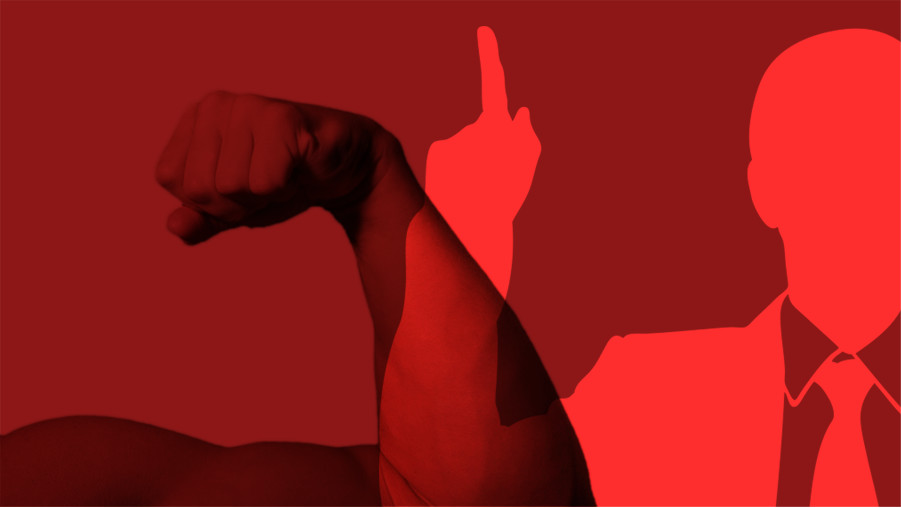 Viewing the results of Slovakia’s March 5th elections, what most stands out is how it mirrors a continental trend. In the Central European nation, two far-right parties are on the ascendency, with the “Peoples Party — Our Slovakia” (ĽS-NS) the most virulent. The party’s 8% of the vote wins it a new place and fourteen seats in the Slovak parliament. ĽS-NS leader Marian Kotleba, harkens back to a supposed golden era, openly admiring Jozef Tiso, the wartime leader of Slovakia’s Nazis puppet state.

Tiso was executed for his complicity in the extermination of Slovak Jewry. While his trial was overseen by the Soviets, their guilty verdict was not without substantial warrant: Slovakia has the distinction of being the country to actually pay the Nazi regime to remove its Jewish population.

None of this should have been surprising. In the months leading up to the elections, the ruling party of Prime Minister Robert Fico had begun bleeding support. A teachers and nurses strike, scandals in the health-care sector, and an underwhelming pensions increase colluded to undermine Fico’s image of good governance. Nevertheless, when the migrant crisis broke out in the summer of 2014, it appeared he had seized upon a lifeline. Helping to lead Central and Eastern Europe’s resistance to the European Union’s proposed quota system for the resettlement of refugees, Fico loudly rejected EU plans. “We’ll never bring even a single Muslim to Slovakia,” he insisted. Tapping into — and fomenting — fears, he echoed a now familiar refrain: “We won’t create any Muslim communities here because they pose a serious security risk.”

Slovakia is but one example of a wider wave of right-wing populism sweeping across greater Europe and Scandinavia. Some are more extreme than others, but they share a common origin. There are the neo-fascist apparitions of Kotleba’s L’S-NS and Greece’s sometime-violent Golden Dawn party — both which link themselves directly to 20th century European evils by appropriating Nazi symbolism. And then there’s the ethno-nationalism of the demonstrably anti-Semitic Jobbik party of Hungary.

In the wake of the largest refugee-crisis since the end of World War II, political parties in more than a dozen nations have moved anti-Islam and anti-immigrant sentiment from the streets and into government. Against the backdrop of economic recession, an ongoing debt crisis, and entrenched unemployment, a mounting Islamist threat — punctuated by the terrorist attacks in Paris — has allowed the right-wing to leverage the frustration and increasing paranoia of the population. While some of the extremists’ growing support is surely fueled by simple racism, much more is built on legitimate anxieties about security — both physical and cultural.

For Germans, particularly, this anxiety is made all the more stark by the obvious failure of Chancellor Angela Merkel’s plan to distribute large numbers of refugees from Syria, Afghanistan, Iraq and beyond equitably throughout the EU. Merkel’s proposed quota system always depended on European solidarity in the enforcement of Schengen area rules. With the rise of populist parties demonstrating against the Islamization of Europe, enforcement is gone and, with it, any hope that other countries — whether initial entry points like Greece and Italy, or any of those along the transit route — will stop or detain the refugee flow. Approximately 1.1 million asylum seekers arrived in Germany last year. Without support for Merkel’s distribution scheme, there is nothing to stop a million more from streaming in.

At the prospect of so many European political leaders’ embracing countless, unscreened refugees, popular fear was bound to rule the day. Ever increasing foreign-born and second-generation populations will, without question, alter the character of their new homeland. Ideally, this leads to rich inter-cultural exchange. But exchange is a hardscrabble endeavor when the incoming population resists — or is denied — assimilation, or when those with evil intent have infiltrated the incoming people.

The deadly bombings in Brussels Tuesday, the large-scale terrorist attacks in Paris, and the New Year’s Eve sexual assaults against German women in Cologne by large groups of North African and Middle Eastern men — many of whom have since been identified as asylum seekers — are just three of the more infamous examples that prove the cost of this infiltration.

The primary responsibility of a governing sovereign is to preserve the peace, justice and order of the political community. When the government fails at its most basic duty, then justifiably angry and fearful citizens will seek to procure those things for themselves, by their own hands or through a stronger proxy.

The problem is that the cure is often worse than the disease. Authoritarian demagogues tend to be suspicious of those very institutions and democratic procedures that would most help them recover the conditions necessary for human flourishing. The new cadre of European strongmen tends toward nativist, racist and anti-immigrant bigotries. Like their more moderate political rivals, they cast the refugee crisis as forcing a false choice between compassion and security. Believing the false binary of “us” or “them,” a scared people, feeling besieged, will almost always choose “us.”

But however understandable their rise, neo-fascist strongmen cannot be the answer. They will fail to meet the responsibilities of sovereignty through the provision of justice, order and peace because they ultimately do not believe in the conditions that make peace, order and justice possible. In relieving their constituents of one set of evils, they will simply replace them with others.

Marc LiVecche earned his doctorate at the University of Chicago under the supervision of Jean Bethke Elshtain, and is managing editor of Providence: A Journal of Christianity & American Foreign Policy.